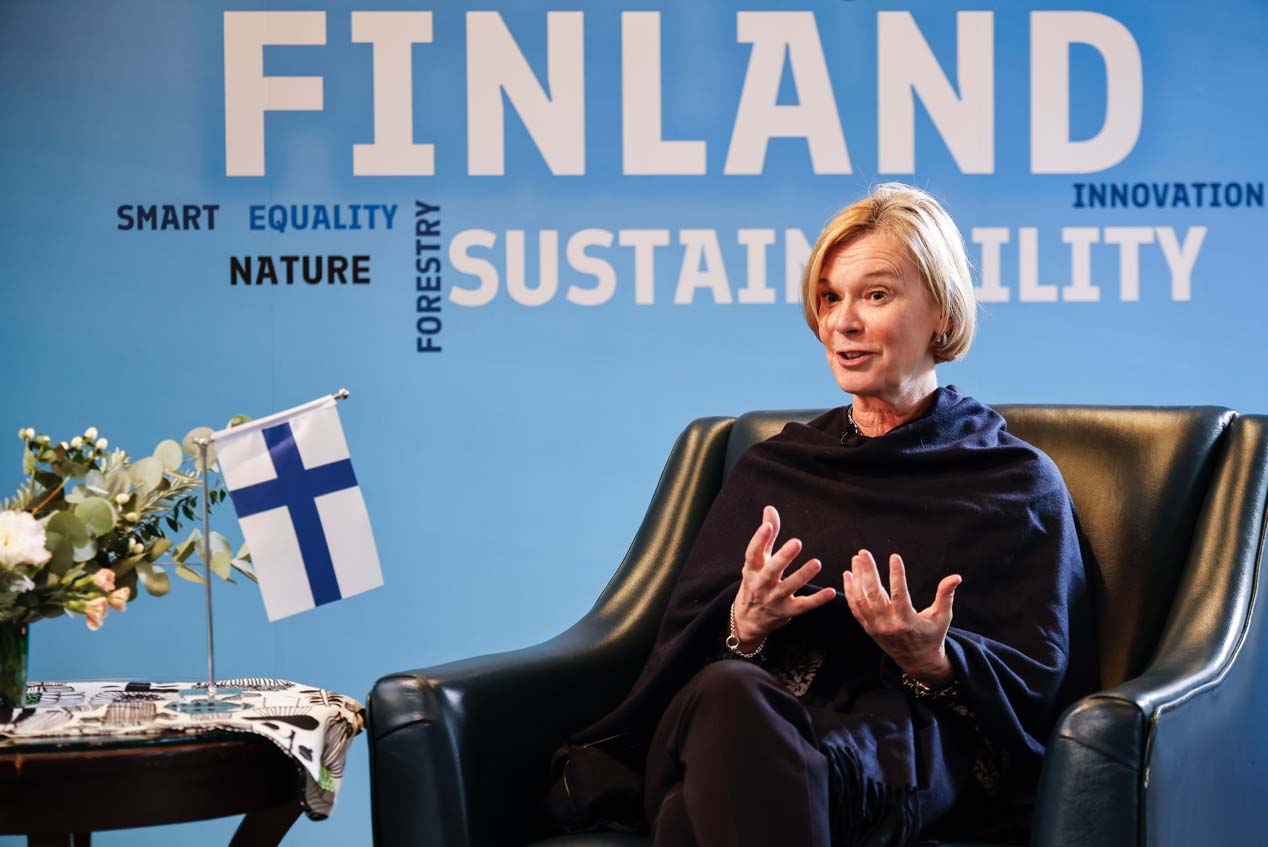 Bilateral ties between China and Finland will continue to prosper in multiple areas, while the upcoming Beijing Winter Olympics will bring more opportunities for the two nations’ future cooperation, said Leena-Kaisa Mikkola, newly-appointed Finnish ambassador to China, during an exclusive interview with People’s Daily Online.

“I’ve been a diplomat for 29 years, and this is my sixth post of being abroad. This is my first post in Asia and I’m so happy that it happens to be China. This is a great opportunity for me to serve my country in this important nation, as well as developing our relations further,” said the ambassador.

Despite the ongoing global COVID-19 pandemic, Beijing is set to mark an historic achievement in February, when it will become the first city to host both the Summer and Winter Olympics. The ambassador believed that as a nation where winter sports are popular, Finland will seize this opportunity to further strengthen cooperation with China.

“Our two presidents agreed in 2017 that 2019 would be the year of winter sports between China and Finland. 2019 has passed but there are still plenty of things we can do together, especially thinking about the forthcoming Winter Olympics in February 2022. Finnish companies, for example, have been very active in doing their share in building the venues and preparing for the Winter Olympics. Winter sports are kind of a way of life for Finnish people, and we want to bring this notion to our Chinese friends,” said the ambassador.

China and Finland have a historical connection when it comes to the Olympics. After the founding of the People’s Republic of China in 1949, the country’s first presence at an Olympics was in the capital of Finland, Helsinki, which hosted the 1952 summer Olympic Games.

“I think the Finnish team will have rather ambitious goals joining the Beijing Winter Olympics. We are very good at cross-country ski and ice hockey, and I think these are the ones in which we sincerely hope to gain some medals, and I have to say that Finnish people, including me, would be very disappointed if that doesn’t take place. As a Finn, I really hope to see the Finnish flag waving high during the Olympics and Paralympics,” added the ambassador.

In addition to winter sports, the ambassador also noted that the two nations’ cooperation is already broad in scale and covers various areas including sustainable development, environmental issues, the rule of law, equality, innovation and technologies.

“Personally, I’m very favourable of people to people contacts and I understand that there are some twin cities [between the two nations] and also cooperation between various provinces, all such cooperation is something I want to focus on,” she said.

The ambassador also showed great interest in the fourth China International Import Expo (CIIE) which will be held from November 5 to 10 in Shanghai, adding that the event may bring more trade opportunities to both sides.

“This is the first CIIE for me as the new ambassador here in China. I understand the program is very large and varied, and there are several Finnish companies. The CIIE should be a good chance for them to build their network in China, exchange experience with local companies, and it would be a good opportunity for me to know China’s import structure,” said the ambassador.