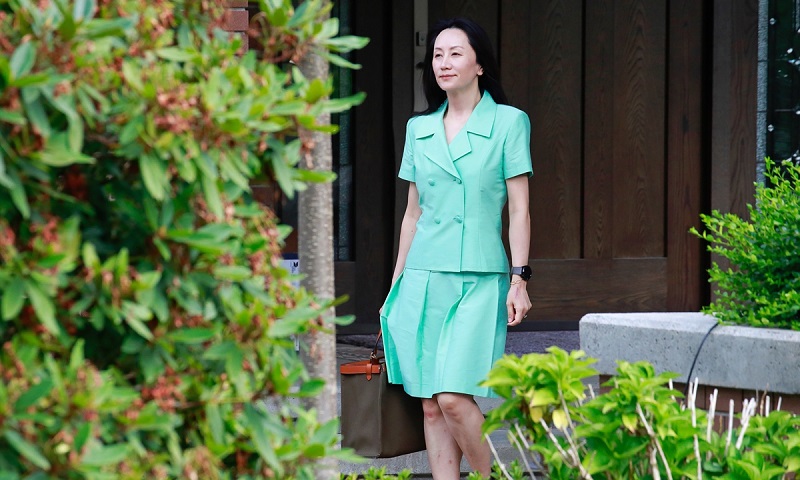 With the extradition hearings of Huawei executive Meng Wanzhou completed and a decision now up to the judge, Canadian observers shared their views on the potential outcome.

Richard Kurland, a lawyer and editor-in-chief of Lexbase, explained that an extradition involves a judicial phase and a political one. He said the law in Canada permits the political minister to shut down an extradition case at any time.

"In Canada, the political and judicial systems are separate. While you cannot go into a criminal case and shut it down, you can do that in extradition," Kurland told China Daily.

The ruling on the extradition now rests with Associate Chief Justice Heather Holmes, who reserved her decision on Wednesday and adjourned proceedings until Oct 21, adding that she would not have a verdict at that point.

Even if the judge commits Meng for surrender, the final decision on extradition is up to Canada's justice minister.

Meng, the 49-year-old chief financial officer of Huawei Technologies, was arrested by Canadian authorities at the request of the United States at the Vancouver International Airport on Dec 1, 2018. She is accused of misrepresenting the Chinese telecom company's relationship with Skycom in a PowerPoint presentation to HSBC in 2013 and putting the bank at risk of violating US sanctions against Iran. Meng and Huawei have repeatedly denied the accusations.

Gary Botting, a Vancouver extradition lawyer, predicted that Holmes would ultimately approve the extradition, opening a path for the justice minister to "do what he should have done in the first place, which is free Madam Meng", reported the South China Morning Post.

Meng's arrest has had a negative effect on Sino-Canadian relations, and her lawyers have claimed that she has been used as a "bargaining chip" in a trade war between the US and China.

Victor Gao, vice-president of think tank Center for China and Globalization, said Canada has been thrown under the bus by the US as far as this extradition case is concerned.

"The extradition of Meng, whose strategic value for the US, if any, has long since evaporated, may become a bargaining chip that Washington is eager to use in its overall dealings with China," wrote Gao in a commentary for journal China-US Focus.