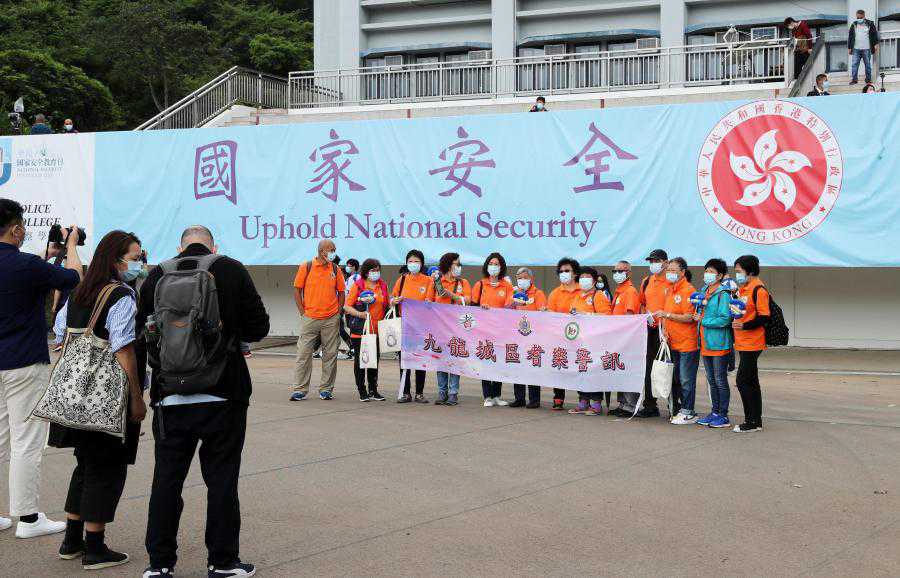 Citizens pose for a photo during an activity themed on National Security Education Day at the Hong Kong Police College in south China's Hong Kong, on April 15, 2021. (Xinhua/Li Gang)

- Nobody cares more about the future of Hong Kong than the central government in Beijing and people of China. After all, Hong Kong is a part of China.

- In order to secure a better future for Hong Kong, a full and accurate implementation of the national security law is both crucial and necessary.

More than a year after the National Security Law for Hong Kong came into force, the city has emerged from the shadows of social unrest to embrace long-term peace and prosperity.

Such good news would normally be welcomed, unless of course you're the West.

A brand-new chapter of good governance has been opened in Hong Kong: The city has regained stability, with international capital continuously flowing in and foreign companies showing more confidence in its business environment. Furthermore, the city's residents are more confident in the implementation of the "one country, two systems" policy. 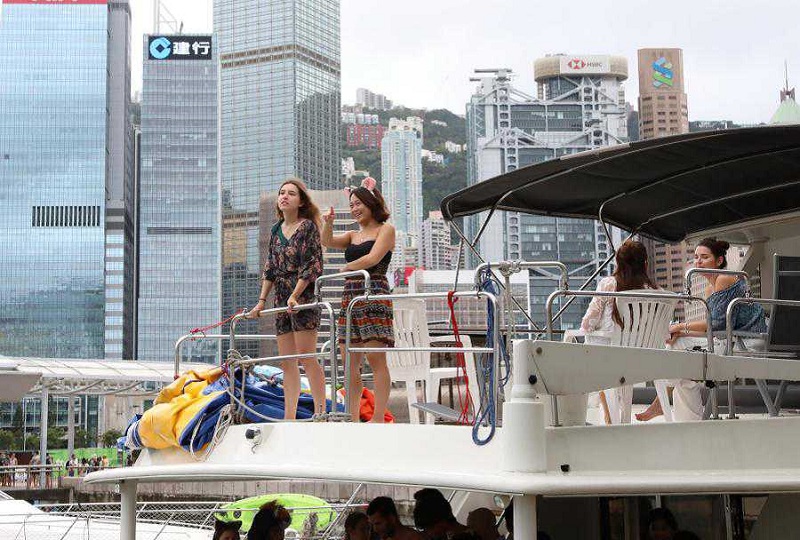 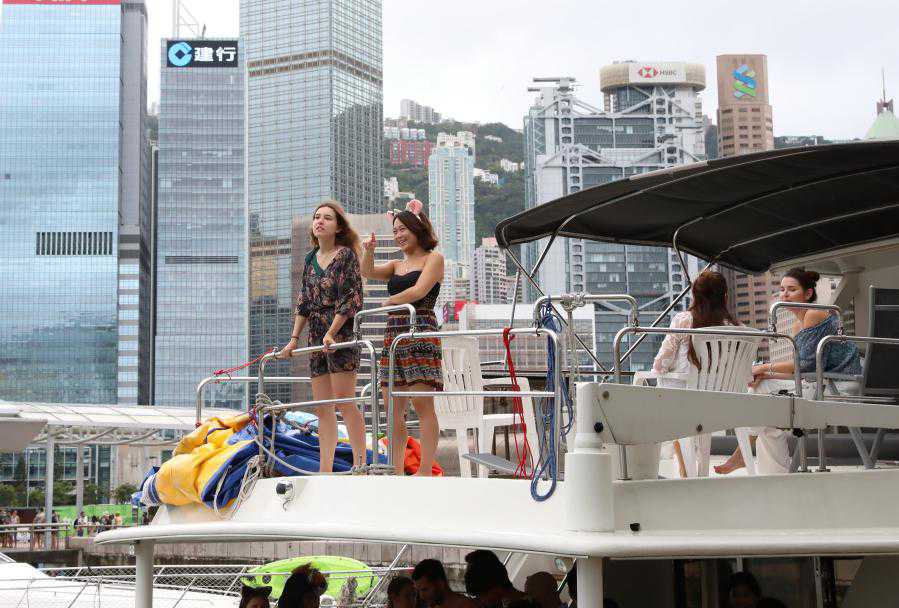 The facts speak for themselves. In the first quarter, crime in Hong Kong was down roughly 10 percent compared to the same period last year, and the economy got off to a good start with year-on-year GDP growth of 7.9 percent. Finance performed even better than the economy, with about 50 billion U.S. dollars flowing to the banking system by the end of last year.

A recent report by the International Monetary Fund reaffirmed Hong Kong's status as an international financial center and cast a vote of confidence in its development prospects. The latest survey by local think-tank Bauhinia Institute found that 82.6 percent of residents believe the city has been more peaceful since the law took effect.

Such positive changes are hard for the West to stomach as it continues to lob unfounded accusations against China's policies in the city and spread pessimism about Hong Kong's outlook.

Western countries like the United States have enacted the world's most thorough national security laws at home, yet are quick to demonize China's parallel efforts in Hong Kong. Some countries have even imposed coercive and unilateral sanctions against the city and China at large.

The West has taken every opportunity to sow discord in Hong Kong in order to stifle the city's and China's development. Instead, the West stands confounded before a flourishing and stable Hong Kong.

The violent protests in Hong Kong, which caused tremendous damage to public facilities and seriously undermined social stability, were once called "a beautiful sight to behold." Today, the West slanders a law that has closed the loopholes in safeguarding national security and brought the city back from the brink. The West's so-called support for the people of Hong Kong has turned out to be nothing but a lie that exposes its own double standards, prejudice and hegemony. 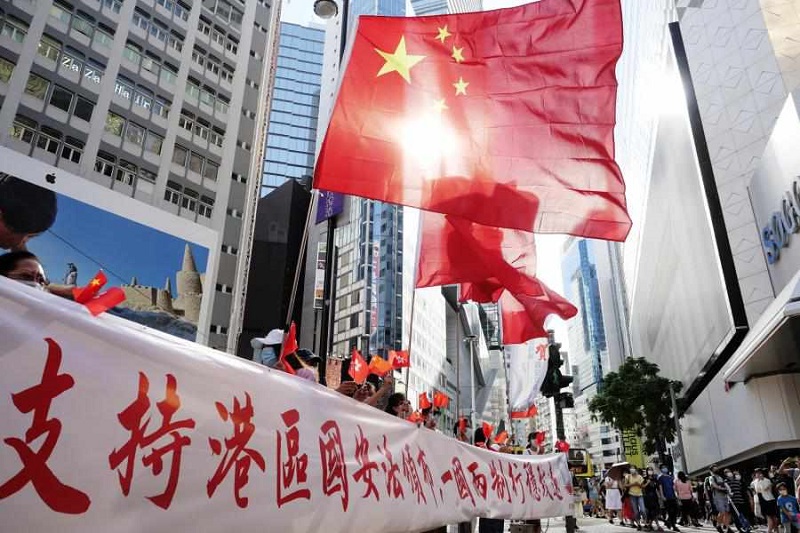 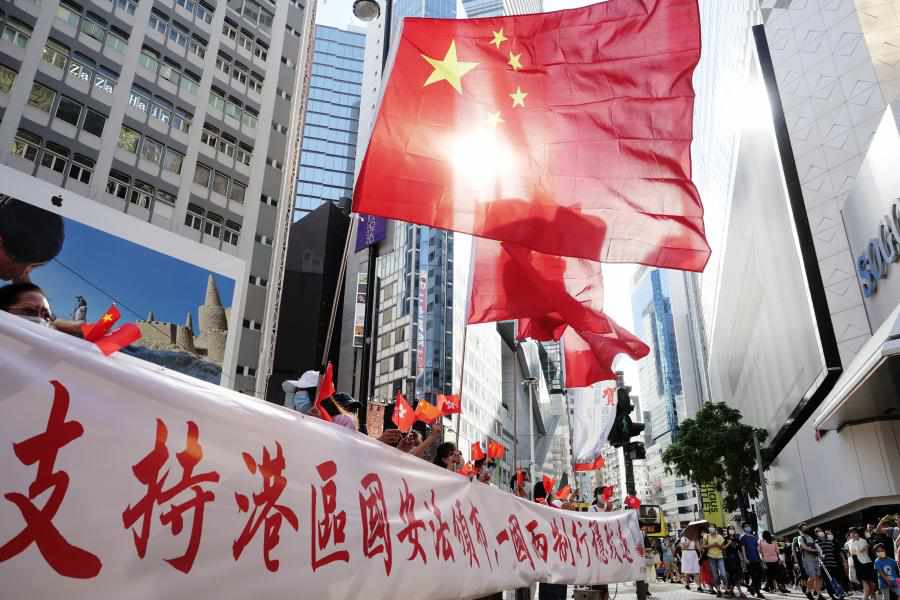 Arguments against the national security law are baseless. For example, the number of overseas media outlets and their corresponding personnel in Hong Kong have increased since the law's enforcement, disproving the claim that the law is "suppressing freedoms of speech and press."

The national security law was born to foil the attempts of China bashers to disrupt Hong Kong's governance, challenge the central government's authority, and threaten the "one country, two systems" policy.

The law was also established to provide a more solid guarantee of achieving good governance in Hong Kong and upholding the city's interests, prosperity and stability in the long run.

Nobody cares more about the future of Hong Kong than the central government in Beijing and people of China. After all, Hong Kong is a part of China. In order to secure a better future for Hong Kong, a full and accurate implementation of the national security law is both crucial and necessary.

The West should quit interfering in China's internal affairs and disregarding the basic facts of the national security law. It should appreciate how far Hong Kong has come and look forward to its bright future.

#EU #CPC #Hongkong
This page is provided in cooperation with People's Daily Online.