A flag-raising ceremony is held by the government of the Hong Kong Special Administrative Region to celebrate the 24th anniversary of Hong Kong's return to the motherland at the Golden Bauhinia Square in Hong Kong, south China, July 1, 2021. (Xinhua/Lui Siu Wai)

A prospering China and a legally secured Hong Kong are what Hong Kong citizens aspire to, as well as a reality in today's world. However, such a reality is making the foreign supporters of the anti-China forces all hot and bothered.

How ridiculous it is!

The situation in Hong Kong and the national emergency of the U.S. are totally irrelevant. However, the two were unreasonably connected by an executive order imposed by former U.S. President Donald Trump last July, which exposed the arrogance of the so-called "world police" and made the U.S. a laughing stock. Today, the farce of the so-called "continuation of the national emergency" went on with the decision of the current U.S. administration, as a warmed-over tactic to tarnish China.

It must be pointed out that such stubborn intervention in Hong Kong affairs and China's domestic affairs by the U.S., which stays impenitent, has always been firmly opposed by the 1.4 billion Chinese people, including Hong Kong compatriots.

The aspiration of the people shall never be violated, and the determination of the Chinese government and Chinese people to safeguard national sovereignty, security and development interests shall never be underestimated. The Hong Kong society has a firm resolution to safeguard the rule of law and protect the prosperity and stability of the special administrative region.

Today, Hong Kong is shining with national self-esteem and confidence. 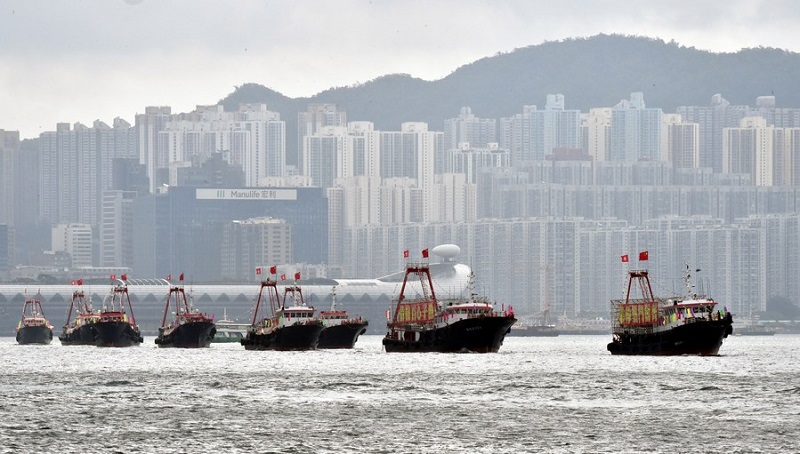 The Chinese people, including Hong Kong compatriots, have just celebrated the 100th anniversary of the founding of the Communist Party of China and the 24th anniversary of Hong Kong's return to the motherland, both of which fell on July 1. During a flag-raising ceremony held on Hong Kong's Golden Bauhinia Square, the honor guard of Hong Kong's Disciplined Services for the first time performed Chinese-style foot drills, and completed actions according to the commands called out in Putonghua, or Mandarin Chinese. It reflected the common aspiration of the Hong Kong citizens and attracted global attention.

Another activity held recently in Hong Kong to showcase China's scientific achievements in the past 100 years was also impressive. During the activity, a batch of top Chinese aerospace scientists visited Hong Kong schools, and lunar soil brought back by China's moon mission and other aerospace exhibits were displayed for the public. It sparked an aerospace mania and patriotism of the Hong Kong citizens, who expressed their ambition to realize personal ideals while pursuing the great rejuvenation of the Chinese nation, which showcased their national pride, love for the country, and aspiration to serve the country.

However, what forms a sharp contrast against the thriving atmosphere in Hong Kong is the daydream of some people in a few Western countries to disrupt the special administrative region. They are lingering on the chaos happening in Hong Kong in 2019, and even recently posted combo photos of rioters holding foreign national flags to encourage violence two years ago. Picking up from the ash heap of history the so-called acts and executive orders related to Hong Kong they once fabricated, which run counter to the international law and the basic norms governing international relations, they just wish to make some noise again. In a word, they are pleased to see a chaotic Hong Kong, and are upset when the special administrative region is under good governance.

The wheels of history always advance. Hong Kong citizens know exactly what the "black terror" meant to economy, society and livelihood, and have long been detesting violence. They cherish the social stability gained since the implementation of the national security law in Hong Kong, sincerely welcome the decisive law enforcement by the Hong Kong police to safeguard people's lives and properties, and firmly stand on the opposite side of those who fan up violence and hatred. With powerful support of the Hong Kong citizens, the government of the special administrative region has constantly learned from its experiences and earnestly enforced the law, winning the support of the people.

The implementation of the national security law in Hong Kong indicates that the slanders made by some foreign political dignitaries and media organizations are totally groundless. Compared with foreign legislations, the national security law in Hong Kong holds higher standards on respecting and safeguarding human rights. It clearly lists the rights and freedoms enjoyed by the Hong Kong citizens, as well as important legal principles, fully demonstrating the purpose of the law to punish a very small number of criminals and protect the vast majority. 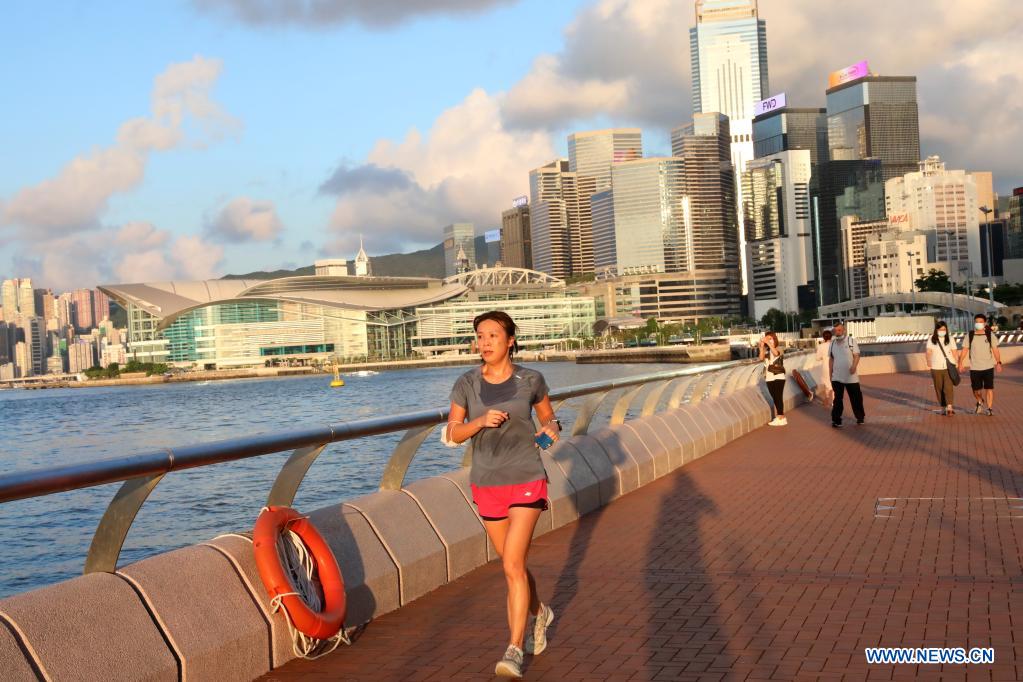 It is because of the national security law in Hong Kong that the legitimate rights and interests of Hong Kong citizens are protected, and the business environment in the administrative region guaranteed. A big data report by a non-government think tank showed that 87 percent of foreign public opinions are in support of or neutral toward Hong Kong over the past year since the law was enacted. Negative voices against Hong Kong decreased sharply, and Hong Kong has also been showing increasing attraction for foreign investment, the report said.

Citigroup Inc. recently announced to hire 1,500 people in Hong Kong this year, including additional headcount and replacements. The figure is twice as much as that a year ago. Goldman Sachs also said it would recruit 20 percent more employees this year.

According to data released by the Hong Kong government, the net inflow of foreign capital has been increasing since mid-2020, reaching $50 billion over the past year.

Facts always speak louder than words. Those who run counter against justice with prejudices and double standard, in whatever forms and how long they might last, will finally go to a dismal end.

Facts have already proved and will keep proving that the national security law in Hong Kong is a "safety valve" for the long-term stability of the "one country, two systems" principle, a high-standard "model" for international practices, a "sword" cutting external interference, and a "guardian" protecting Hong Kong's prosperity and stability.

With the profound influence of the national security law in Hong Kong, the "Pearl of the Orient" will surely embrace a brighter tomorrow.

#COVID-19 #Taiwan #Hongong
This page is provided in cooperation with People's Daily Online.