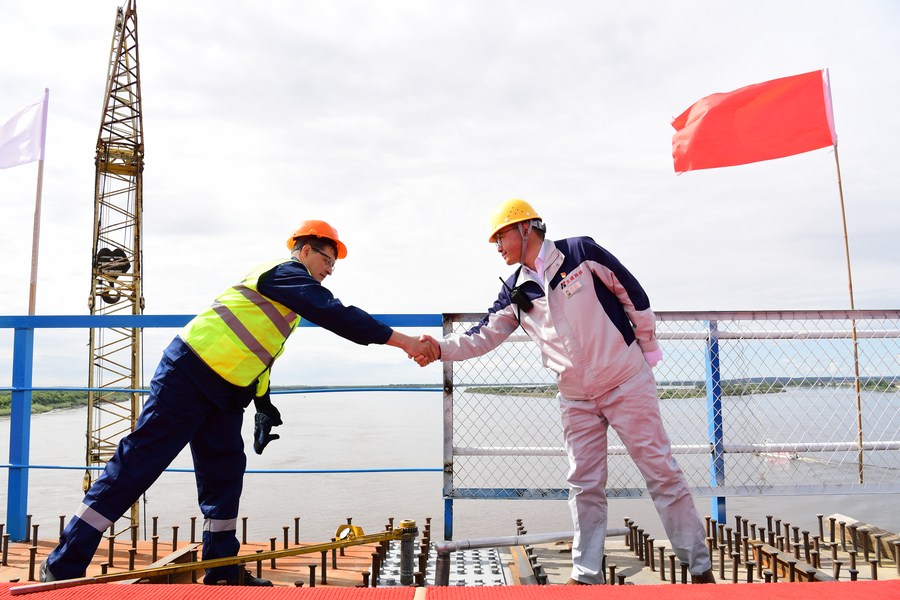 Workers from China and Russia shake hands after the two ends of the Blagoveshchensk-Heihe highway bridge were joined together on May 31, 2019. (Xinhua/Wang Jian)

"Putin is reaffirming its ties to China" and the two countries are without doubt getting closer, said the expert.

The extension of the China-Russia Treaty of Good-Neighborliness and Friendly Cooperation reflects closer bilateral ties, a scholar has said.

The joint statement on the extension of the treaty, issued during Monday's talks between Chinese President Xi Jinping and Russian President Vladimir Putin via video link, reflects the deepening of China-Russia relationship, Andre Liebich, honorary professor of international history and politics at the Graduate Institute of International and Development Studies in Geneva, said in an interview with Xinhua.

"Putin is reaffirming its ties to China" and the two countries are without doubt getting closer, said Liebich.

During the talks, Putin warmly congratulated the Communist Party of China (CPC) on its 100th anniversary of founding, saying that Russia cherishes the history of exchanges with the CPC and is willing to strengthen inter-party exchanges. 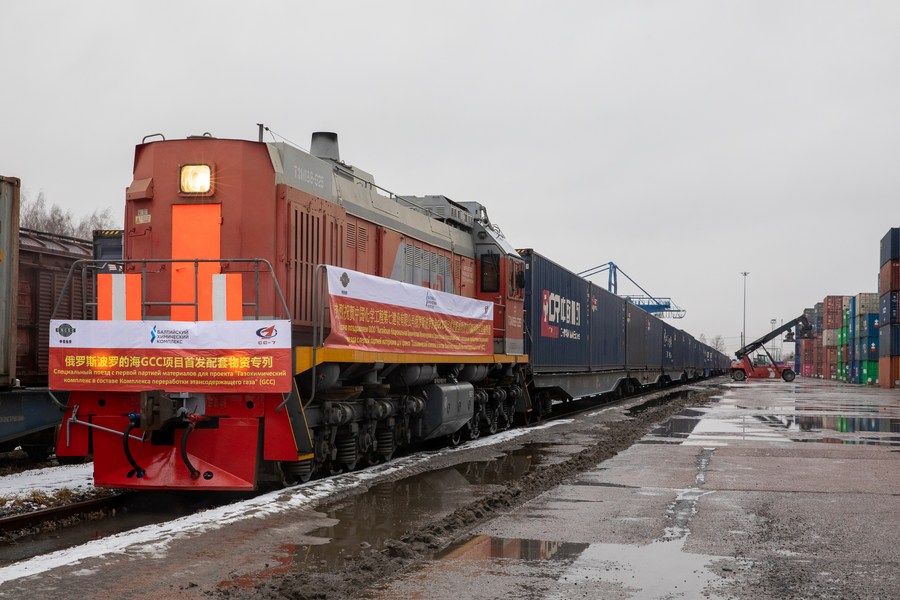 Liebich believes the China-Russia partnership is mutually beneficial to both economies thanks to their high degree of complementarity. "There is complementarity between Chinese and Russian interests, including complementarity in the economic sphere," he said.

"I think Russia has a lot to offer to China in terms of energy" and China can also help Russia solve its infrastructure problems, said Liebich.

"There is complementarity in agriculture. Russian agriculture is being eased out of the Western markets, and it's finding a market in China which needs agricultural products," Liebich said.

China and Russia can also play a critical role in maintaining world peace and regional security, said the scholar. 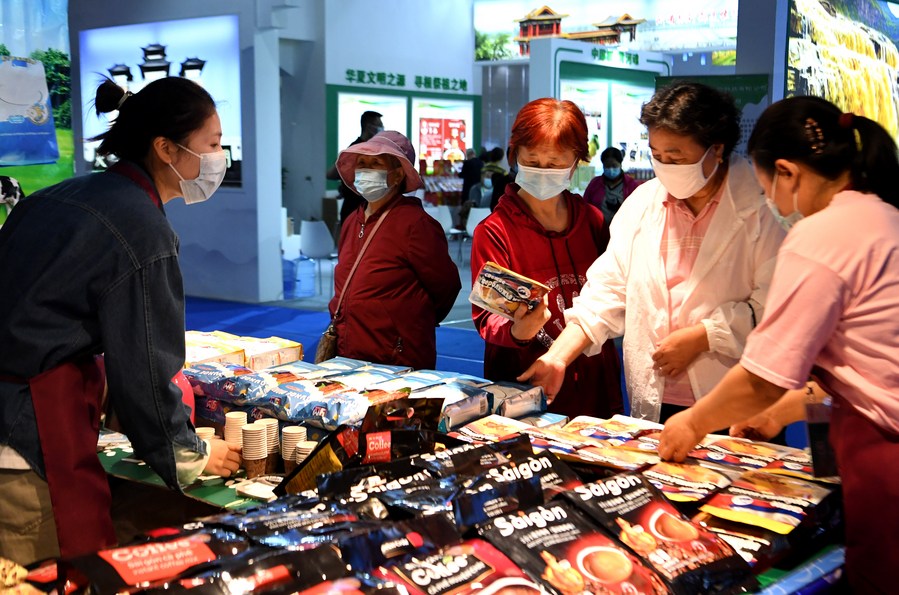 On the international stage, the two countries are cooperating within rules-based multilateral institutions such as the United Nations Security Council and over regional security, he said.

Afghanistan is an example as both states are keen to realize peace in the war-torn country, Liebich said.

He underscored the role of the Shanghai Cooperation Organization in countering terrorism and boosting security cooperation in Central Asia, saying that "Russia and China have a common interest in confronting the extremist threat, which is endangering Russia as much as it is endangering China."