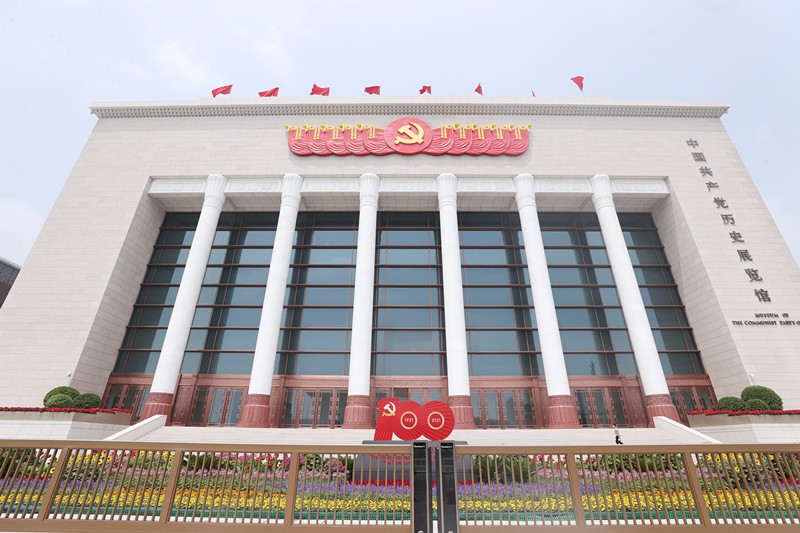 Photo taken on June 26, 2021, shows the exterior of the Museum of the Communist Party of China in Beijing. (People’s Daily Online/Chen Xiaogen)

On the occasion of the centenary of the Communist Party of China (CPC), the State Council Information Office of China recently issued a report on the country’s political party system, which demonstrated China’s determination and efforts to uphold CPC leadership, develop socialism with Chinese characteristics, and improve its political party system.

The report, which looked back on how the system has been created, developed and improved, and elaborated on the distinctive characteristics and strengths of the system in political and social life, will effectively help people understand that China’s political party system is the result of a historical process as well as a structure of enormous strength, creativity and vitality.

A country’s political party system is a major component of its political framework and makes a critical contribution to democracy. The system best suited to a country is determined by its history, traditions, and realities, the report pointed out.

The system of multiparty cooperation and political consultation under the leadership of the CPC is a new type of party system growing from China’s soil, and plays a unique role in building consensus, optimizing decision-making, coordinating relationships among parties and maintaining political stability, stressed Xi Jinping, general secretary of CPC Central Committee.

Following the principles of long-term coexistence, mutual oversight, sincerity, and sharing the rough times and the smooth, the CPC and eight other political parties in China have created a multiparty cooperation system in which the CPC exercises state power and the other parties participate fully in the administration of state affairs under the leadership of the CPC. 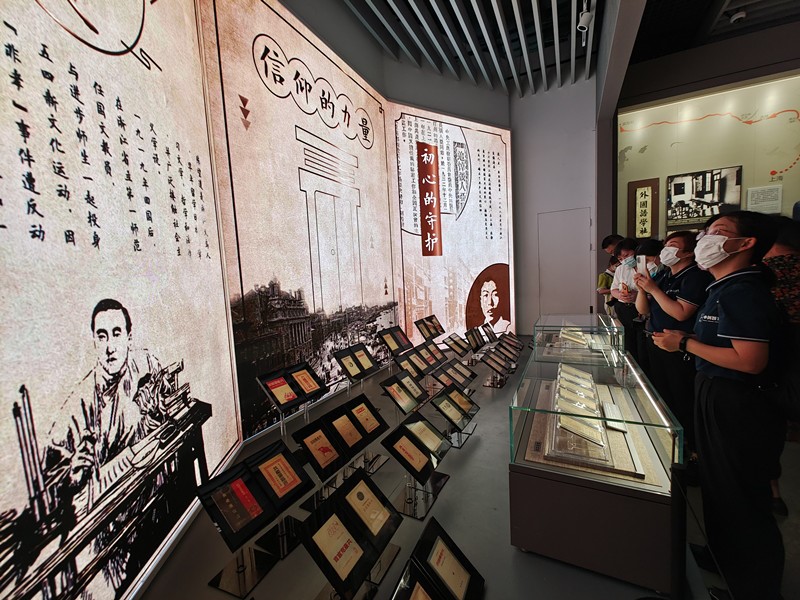 Citizens watch copies of The Communist Manifesto exhibited at the memorial of the 1st National Congress of the Communist Party of China (CPC) in Shanghai, June 22, 2021. (People’s Daily Online/Wang Chu)

Besides, the CPC has worked in solidarity with other political parties and non-affiliates, and traveled an extraordinary and glorious journey together, registering remarkable achievements in multiparty cooperation.

Since the 18th National Congress of the CPC in 2012, China has further consolidated the ideological and political foundation of multiparty cooperation, and perfected the framework of the party system under the strong leadership of the CPC Central Committee with Comrade Xi Jinping at its core. China’s political institution and political party system are exerting more extensive and stronger influence.

China’s political party system embodies the essence of Chinese traditions, reflects the intrinsic requirements of socialism and conforms to China’s realities and its needs in state governance. As a basic component of China’s political system, it contributes to China’s development, national rejuvenation, and social progress, and is of great benefit to the people’s well-being.

To govern a country, ensure safety and order in society require building sound systems. China’s political party system creates a unique political model, and is essential to the task of modernizing China’s governance system and capacity.

The country’s political party system, as a combination of Marxist political party theory and its realities, truly, extensively and in the long term represents the fundamental interests of all people and all ethnic groups and fulfills their aspiration, avoiding the defects of the old-fashioned party system which represents only a selective few or the vested interest.

It unites all political parties and people without party affiliation toward a common goal, effectively preventing the flaws of the absence of oversight in one-party rule or power rotation and nasty competition among multiple political parties.

Moreover, it pools ideas and suggestions through institutional, procedural, and standardized arrangements and develops a scientific and democratic decision-making mechanism, steering away from another weakness of the old-fashioned party system, in which decision-making and governance, confined by interests of different political parties, classes, regions and groups, tears the society apart.

Over the past seven decades and more, this system has grown and matured. It provides Chinese ideas for the world in terms of modern party politics, and offers a new model for global political progress.

The political party system fits China’s reality and fine traditional culture of the pursuit for the common good, inclusiveness, and seeking common ground while shelving differences, and is a great contribution to political civilization of humanity, according to Comrade Xi Jinping.