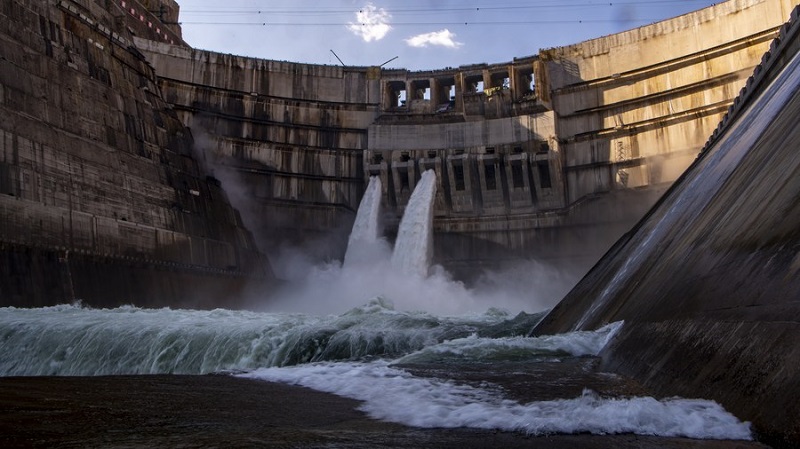 Aerial photo taken on May 13, 2021 shows the view of the Baihetan hydropower station under construction in southwest China. (Xinhua/Jiang Wenyao)

Chinese President Xi Jinping on Monday sent a letter to the Baihetan hydropower station in southwest China, offering his congratulations on the launch of operations of its first two generating units.

As a major project in China's west-east power transmission program, the hydropower station is the largest and most technically difficult hydropower project under construction in the current world, said Xi, also general secretary of the Communist Party of China Central Committee and chairman of the Central Military Commission.

The generating units each with a capacity of 1 million kilowatts, the largest single-unit capacity in the world, mark a major breakthrough in China's high-end equipment manufacturing, he said.

The station's builders and relevant parties have worked together to overcome difficulties and make contributions to the construction of the major national project, said Xi.

Xi expressed the hope that all builders and relevant parties advance the station's follow-up work, make greater contributions to achieving the country's carbon-peak and carbon-neutralization goals, and promote the comprehensive green transformation of economic and social development.