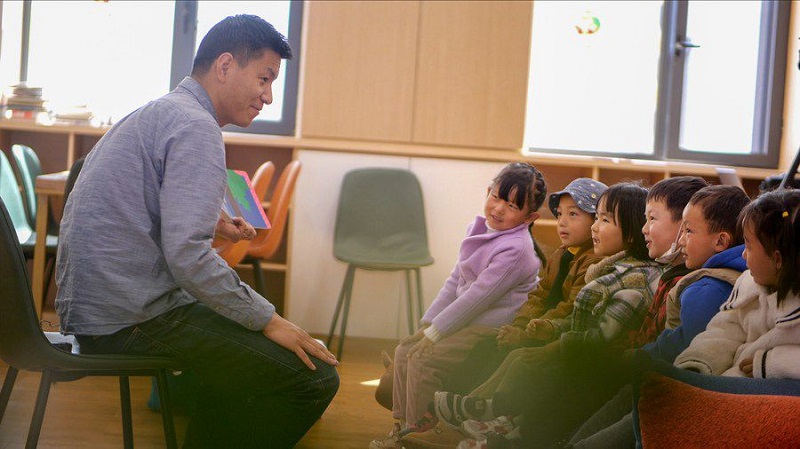 Opening a book decorated with simple pictures and written in the Tibetan language, Tatse introduces his latest work to readers.

"This book is called 'My First Tibetan Alphabet Book,' and it teaches children the Tibetan language through pictures," said Tatse, 33.

Though born in rural areas in southwest China's Tibet Autonomous Region, Tatse received good compulsory education, went to university and then studied abroad. After returning to Tibet, he chose to promote picture books to create a more colorful world for local children.

He has two more books under his belt and they will be published soon, he said.

Tatse's passion to teach children about the world comes from his own childhood experience.

Tatse was born in the county of Gyantse and he was not a fan of school when he was a child.

"I often broke the windows of the classroom," he recalled. "But I remember I was quite interested in painting, and I often wrote or drew on the blackboard."

Tatse's mother died when he was still a child. To get him a better education, his father took him to Tatse's uncle, who was a teacher.

"When I was in sixth grade, my uncle brought me a set of blue picture books. It was a selection of the world's most famous fairytales, and there were eight books."

Containing both pictures and characters, the books were easy to digest, and Tatse finished reading them quickly.

"I was quite excited after reading them," he said.

When Tatse began attending high school, his father died. He said it was a big blow, but that it also "awakened" him.

"I started studying diligently," he said.

In 2005, he ranked first in his class in the national college exam, and was enrolled at Southwest Jiaotong University in Chengdu, capital of southwest China's Sichuan Province.

Tatse majored in traditional Chinese medicine and international trade, but his chosen fields did not stir his passion.

"I was a little lost in college," he said.

After graduation, he became an English teacher for a training agency in Chengdu. It was there that he developed an interest in education. 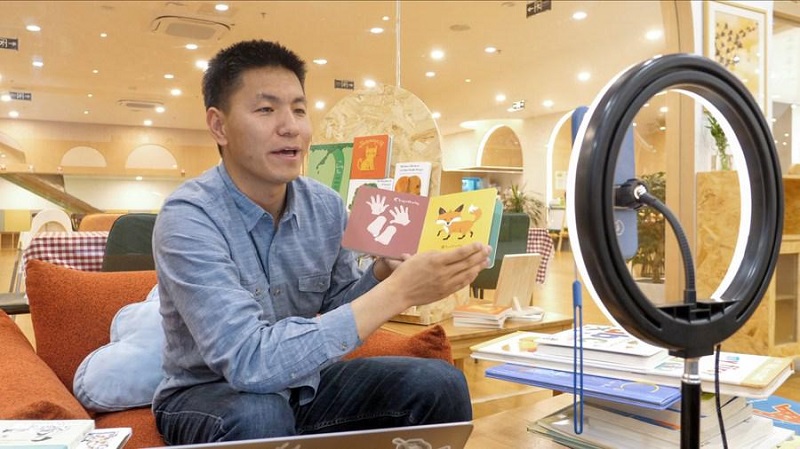 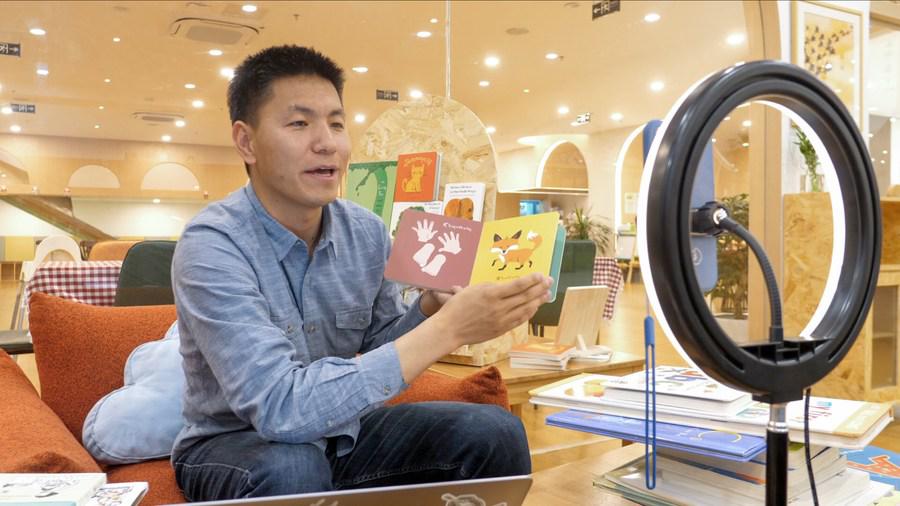 In 2013, he returned to Lhasa, the capital of Tibet, and together with three other people, he launched his own training agency. It was then that he officially began his picture book work.

"An increasing number of people born after 1985 and in the 1990s have become parents," said Tatse. "They know picture books well and many of them want their children to read picture books."

In 2014, Tatse and his friends began to create a picture book based on Tibetan legends that advocate mutual respect and love, revering the elderly and caring for the young.

It took a lot of time and effort but in 2018, the picture book was published.

In the same year, Tatse won a scholarship overseas and left Tibet to continue his education. He majored in children's early education.

With a broader horizon, Tatse explored the industry further. He launched a public account called "Bedtime Stories for Children" on the instant messaging service WeChat. He also launched a bookshop selling a variety of children's picture books in different languages.

He was able to obtain 3 million yuan (466,200 U.S. dollars) in low-interest loans through preferential government policies.

These days, Tatse seizes every opportunity to promote picture books, including via online streaming.

"I hope that more children, and even their parents, will get to enjoy the happiness brought by picture books," he said.