The U.S. will not leave Australia to face “China coercion” by itself. So claimed US Secretary of State Antony Blinken at a press briefing with his Aussie counterpart Marise Payne on May 14. Indeed, the U.S. has always stood by Australia’s side in forming their hatred-driven, anti-China alliance. But as Australia gets stuck in the pair’s morality play and Cold War mentality at the expense of its economic and diplomatic interests in China, its ally is speculating and profiting from the feud.

Following the Australian government’s flagrant meddling in China’s internal affairs, aided and abetted by the U.S., its relations with China, which accounts for around 48.8% of its total exports, have sunk to their lowest ebb in decades. As a member of the “Quad”, which is obsessed with its “boycott culture”, Australia soon felt the self-inflicted economic pain, with Chinese buyers shunning Australia amid its rising anti-China sentiment. 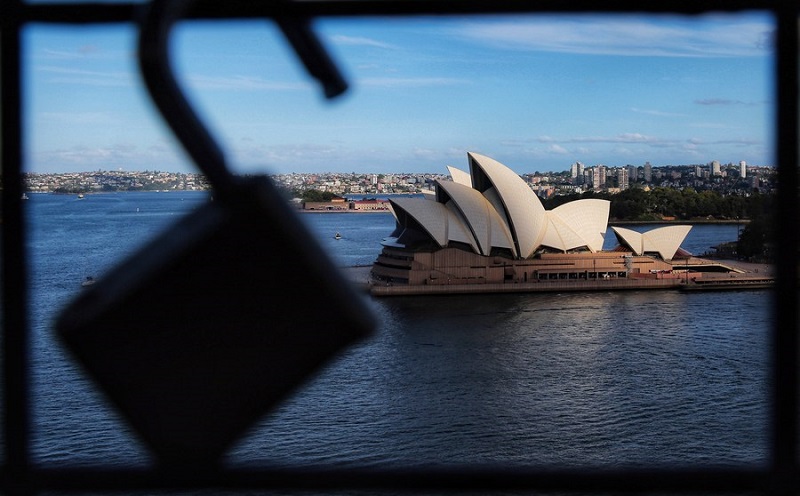 Australia shipped just 12 million Australian dollars (9 million US dollars) of wines to China in the December quarter, plunging 96% compared with the same period in 2019, according to an April report released by Wine Australia, a statutory corporation that regulates Australia’s wine industry. At the same time, the country’s exports of coal, natural gas, logs, beef and other products to China have also seen a significant decline.

But guess who is cashing in on the incessant quarrel between Australia and its largest buyer? None other than the U.S.

According to data released by S&P Global Market Intelligence on Feb 23, China imported 1 million tons of coal from the U.S. during the fourth quarter of 2020, a 251.8% increase year on year and a 748.2% surge quarter on quarter. In a May 19 report, the South China Morning Post also highlighted that in February, the U.S. exported more than 466,000 liters of wine in containers of two liters or less to China, worth about 2.3 million U.S. dollars, compared to just 740,000 dollars in 2020.

As Australia follows the US’s lead to smear China on Xinjiang, meddle in the Taiwan and Hong Kong issues, and hype up conspiracy theories surrounding the origin of COVID-19, it allows its farmers and workers to bear the brunt of the subsequent economic fallout, while being totally unaware that American companies are quietly taking advantage of it.

By blindly orbiting around the U.S. and following its deluded track of vilifying China, Australia is losing its own focus: the interests of its people. As Penny Wong, Australia’s Shadow Foreign Affairs Minister, put it, the “alarmist rhetoric” used by Scott Morrison and his administration has endangered Australia’s relationship with China, and “not only does he [Scott Morrison] not fully comprehend Australia's interests in relation to China, he doesn't even seek to.”

The U.S., on the other hand, is exploiting its geopolitical influence and supremacy to accumulate a fortune. Through sowing the seeds of instability, it creates the pretext of ganging up against a third country and then profits from the clash, either by selling arms or by stealing orders. The barefaced act of sailing through the Taiwan Strait by U.S. Navy ships isn’t simply a show of military muscle, but an attempt to destabilize the region that will create an excuse for later arms sales and finger-pointing with its allies (e.g. Australia) at China’s reasonable response to safeguard its territorial integrity. Its trumped-up accusation against China over Xinjiang based on false accounts and reports is never a result of concerns over human rights, but a patent slander that harbors similar evil agendas.

The U.S. has fed on turmoil and conflicts to gain financially or politically. Not only does it choose to remain aloof over the tragic deaths of civilians in the Gaza Strip, many of whom are children, it also has vetoed the UN resolution on a ceasefire in the region THREE TIMES, while secretly approving 735 million dollars in weapons sales to Israel. As the U.S. turns a blind eye to live broadcasts of the slaughter of Palestinian Muslims, with blood on its hands, it seems to care more about the fictional Uygur “victims”, a lie that it has never become tired of concocting. What a shame.

“For years and generations, wars have been fought over oil. In a short matter of time, they will be fought over water,” said U.S. vice president Kamala Harris during a gathering to promote Biden’s infrastructure plan on April 5. She was accurately describing what the U.S. was, is, and will always be in designing its foreign policies in the Asia-Pacific region, in the Middle East, and other regions. Unfortunately, in pushing forward its wheel of troublemaking, the U.S. won’t hesitate to crush even its own allies. Like it or not, Australia will eventually find out that it’s merely collateral damage in America’s unwarranted fight, which it is all too eager to join.