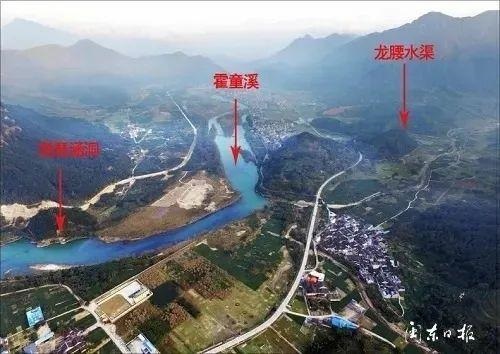 A bird's-eye view of the project (Photo/Liao Min)

The ancient Huang Ju Irrigation Project, located in southeast China's Fujian province, has started to supply water once again, having been put into operations in early May.

The project, with a history of more than 1,400 years, was named after its designer Huang Ju, an official of the Sui Dynasty (581-618). The system comprises two canals and could provide water to a total land area of more than 20,000 mu (1,333 hectares) when it was first put into practical use in ancient China. It was the most advanced irrigation project constructed during the Sui Dynasty.

The Huang Ju Irrigation Project was recognized as a World Heritage Irrigation Structure in October 2017. In 2019, it was listed as a major historical and cultural site protected at the national level in China.

The project, incorporating the functions of agricultural irrigation, drinking water supply, and hydraulic processing, reflects the traditional Chinese concept of harmony between humans and nature, including water resources.