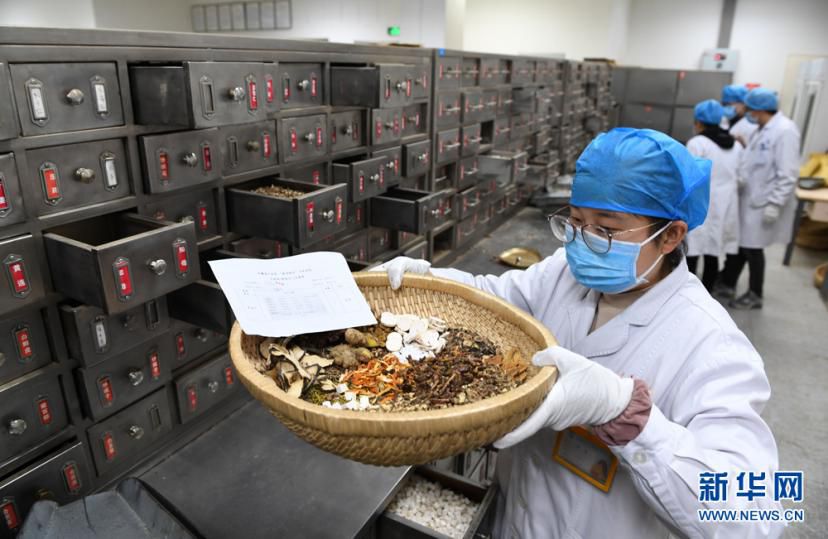 Qingfei paidusoup, a widely used traditional Chinese medicine to treat COVID-19 infections, can help reduce the rate of death among hospitalized patients by half, a recent study has shown.

The study examines more than 8,900 COVID-19 cases that received treatment at 15 hospitals in Hubei province－the hardest-hit region during the epidemic－from January to May last year, with nearly 30 percent of them having taken qingfei paiduas part of their therapies.

Results suggest that the mortality rate for those undergoing the TCM treatment stands at 1.2 percent, while the rate for other patients is 4.8 percent.

The study, led by researchers from Fuwai Hospital of the Chinese Academy of Medical Sciences &Peking Union Medical College, concluded that the use of qingfei paiduis associated with a 50 percent reduction of mortality in hospitalized COVID-19 patients, without amplifying the risk of developing acute liver or kidney injuries.

It was first published on preprint website MedRxiv.org in late December. On March 31, it was released on Phytomedicine, a peer-reviewed journal.

Li Jing, head of the research team, said based on the national diagnosis and treatment guideline for COVID-19 diseases, qingfei paiduis the only prescription that is recommended for treating all patients ranging from mild to critical cases.

"The extensive delivery of TCM medication in hospitalized patients during the outbreak had created a sound base for our research because when appraising clinical effectiveness of a certain drug, it is crucial to start by collecting and analyzing from a large enough number of cases," she said.

Qingfei paiduis a concoction that includes dozens of TCM herbs and roots, including ephedra, licorice root and bitter almond. The initial version of the prescription is believed to have originated during the Eastern Han Dynasty (25-220).

Zhang Boli, president of the Tianjin University of Traditional Chinese Medicine, said during an earlier interview that preliminary studies show the therapy mainly works on lungs while offering protection for some other organs against the virus. It can also stem the virus's replication, Zhang said.

According to the National Administration of Traditional Chinese Medicine, previous studies have already attested to the herbal prescription's efficacy in preventing mild and moderate cases from worsening into severe infections, but evidence of its role in lowering the death rate was lacking.

"The study is by far the largest clinical research on qingfei paiduand its findings have provided potent evidence for proving its marked efficacy in saving the lives of COVID-19 patients," the administration said.

As of now, there is no approved specific treatment for COVID-19 patients. During the fight against the epidemic, 92 percent of confirmed patients had undergone TCM therapies, with the efficacy rate in Hubei reaching 90 percent, according to a white paper released in June.

Li said the new study is retrospective and based on real-world cases.

"If a randomized, double-blind, placebo-controlled clinical study can be conducted in the future, the TCM drug's clinical efficacy can be further verified, and its global application is expected to expand," she added.