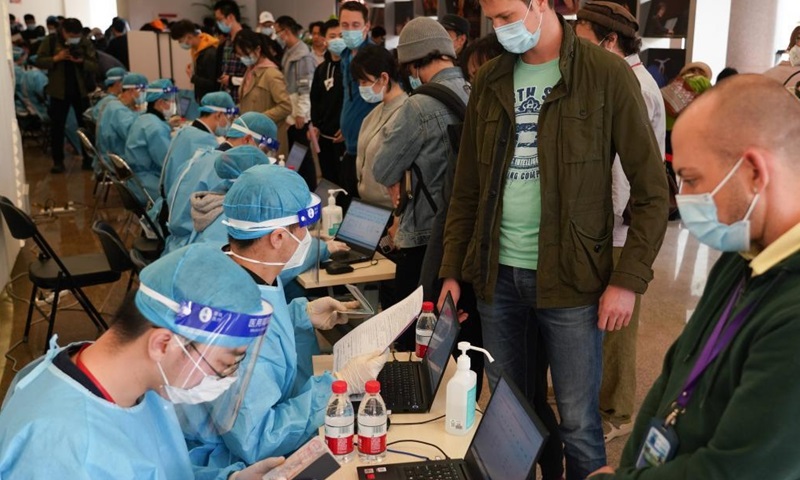 The European Medicines Agency (EMA) has started a rolling review of China's Sinovac COVID-19 vaccine, the EU's top drug regulator announced Tuesday, and experts said that once the vaccine is approved, China will further fulfill its international responsibilities as a major power and provide support to the international community in the pandemic fight.

Sinovac and another China-produced COVID-19 jab, Sinopharm, are also under WHO assessment for emergency use, and results are anticipated in a week.

The EMA said the decision on whether Sinovac can be marketed in Europe will be based on preliminary results from laboratory and clinical studies.

According to the EMA, a rolling review is to speed up the assessment of a promising medicine during a public health emergency, allowing data to be reviewed as they become available from ongoing studies. A specific timeframe for the review is not provided, but the EMA said the process should "take less time than normal."

Sources at Sinovac told the Global Times on Wednesday that since there are many COVID-19 vaccines awaiting EMA approval, the process is not expected to be completed soon. The previous four vaccines took two to three months to be approved after rolling reviews began.

The agency has ongoing rolling reviews of three other vaccines, Sputnik, CureVac and Novavax.

The EMA has previously approved four COVID-19 vaccines, developed by BioNTech and Pfizer, Moderna, AstraZeneca and Janssen. If approved, the Sinovac vaccine will be the first non-Western COVID-19 vaccine to receive marketing authorization in the EU.

Vaccine experts pointed out that the issuance greatly enhances the competitiveness of China-produced vaccines in Europe and the confidence of smaller European countries in Chinese vaccines given the uneven distribution of vaccines in Europe.

"With reference to this certificate, it is also more likely that the EMA will approve the Chinese vaccine market license more quickly," Tao Lina, a Shanghai-based vaccine expert told the Global Times on Wednesday.

Sinovac and Sinopharm are also under WHO assessment for emergency use, and the results are anticipated in early May.

According to data posted on the WHO website, the Sinopharm vaccine had an overall efficacy of 78.1 percent in multi-country Phase III trials and 78.7 percent efficacy in preventing hospitalization.

"No safety concerns identified from pre-clinical or repro/tox studies," the report summarized.

Although some critics have pointed out that the Sinopharm vaccine-related data released by the WHO is inadequate in terms of its effectiveness in the elderly, experts said this is a normal case for inactivated vaccines and deemed that the lack of data on the elderly group would not hinder the process.

In theory, the effect of inactivated vaccines on the elderly might be lower than that of other populations, experts noted to the Global Times.

"According to the Phase I and Phase II clinical data released by Sinovac and Sinopharm, which is also an inactivated vaccine, we can also see this trend," Zhuang Shilihe, a Guangzhou-based doctor with expertise in immunology, told the Global Times on Wednesday.

"That Sinopharm has not released sufficient data regarding the vaccines's effectiveness on the elderly does not mean that there are any problems with safety," Tao said.

Experts pointed out that after approval, a large number of vaccines can be provided to the COVAX program, the global platform that supports the research and development as well as manufacturing of COVID-19 vaccine candidates co-led by the WHO. China officially joined COVAX in October 2020, playing a positive role in demonstrating the importance of international cooperation to the world.

Experts said the expected approval of Chinese vaccines by the EU and the WHO will be a major boon for the world, especially for developing countries that are in dire need of vaccines, given that the US, another major vaccine supplier, refuses to assume international responsibility.

China is also further increasing its support to other regions. On April 27, Chinese State Councilor and Foreign Minister Wang Yi chaired a video conference with the participation of five foreign ministers from South Asia, expressing willingness to set up emergency supply reserves with South Asian countries in the fight against COVID-19. On Monday, the Chinese Embassy in Argentina announced that China will cooperate with Argentina in the production of Sinopharm vaccine, further expanding regional cooperation.