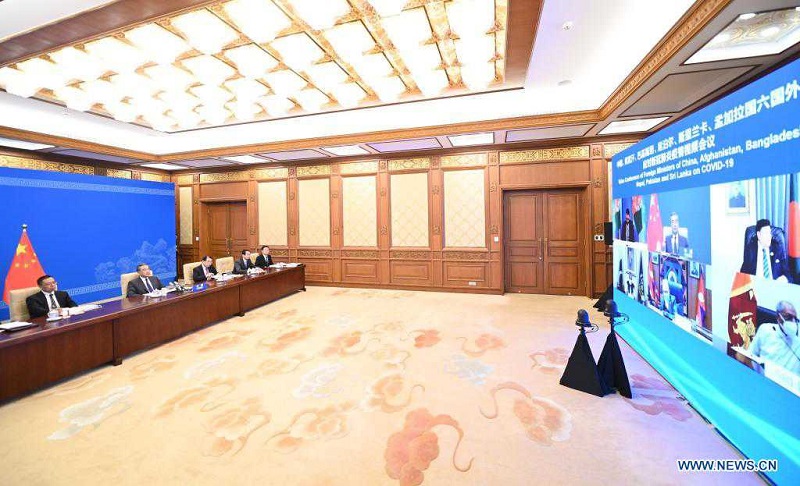 Foreign ministers of China, Afghanistan, Pakistan, Nepal, Sri Lanka and Bangladesh on Tuesday agreed to deepen cooperation as South Asian countries are facing a new wave of the COVID-19 pandemic.

Chinese State Councilor and Foreign Minister Wang Yi hosted a video conference with his five counterparts, discussing efforts to consolidate anti-coronavirus cooperation including vaccine supply, to boost post-epidemic economic recovery, and to maintain sound international environment for the development of all countries.

China expresses deep sympathy for the raging pandemic in India and extends its sincere condolences to the Indian people, Wang said.

"China is ready to provide support and assistance to the Indian people at any time according to the needs of India," Wang said.

He expressed the hope that Tuesday's meeting, to which India was also invited, will act as the assistance to India's fight against the pandemic.

"China will uphold the concept of a community with a shared future for humanity, stand firmly with the people of South Asian countries, and join hands and unite until all countries in the region eventually prevail over the pandemic," Wang said. 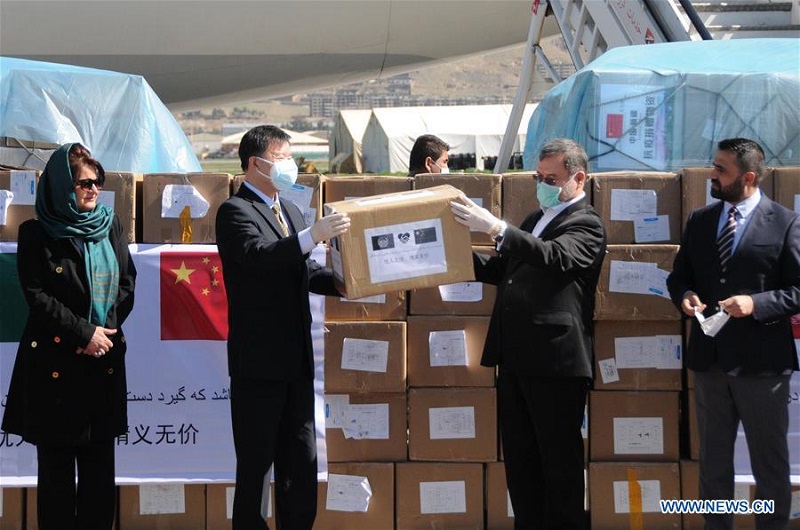 Calling on the six countries to consolidate consensus on cooperating in the fight against COVID-19, Wang said the countries should continue to oppose attempts of labeling the virus and politicizing the epidemic, in order to prevent interference in international anti-epidemic cooperation.

China is willing to promote vaccine cooperation with other countries through flexible methods such as free aid, commercial procurement, and filling and production of vaccines, under the framework of the six-nation cooperation mechanism, so that people in South Asia can obtain more diversified and stable vaccine supplies, according to Wang.

He said China is also willing to establish a China-South Asia emergency supplies reserve following friendly consultations with all parties.

On boosting the post-epidemic recovery, Wang said China proposes to establish a China-South Asia poverty reduction and development cooperation center to exchange experiences in poverty reduction with other countries.

Wang's proposals were supported by the other foreign ministers, who said that vaccines should be distributed under the principle of fairness and equality, instead of being monopolized by a few countries.

They spoke highly of China's efforts in achieving availability and affordability of vaccines in developing countries.

The foreign ministers said their countries are willing to work with China to continue to deepen the joint construction of the Belt and Road, maintain the stability and security of the industrial and supply chains, strengthen cooperation in non-traditional security areas such as poverty reduction and food, and discuss measures to facilitate personnel exchange and commodity circulation based on the regular epidemic prevention and control.

The six foreign ministers issued a joint statement on cooperation in fighting the epidemic after the meeting.