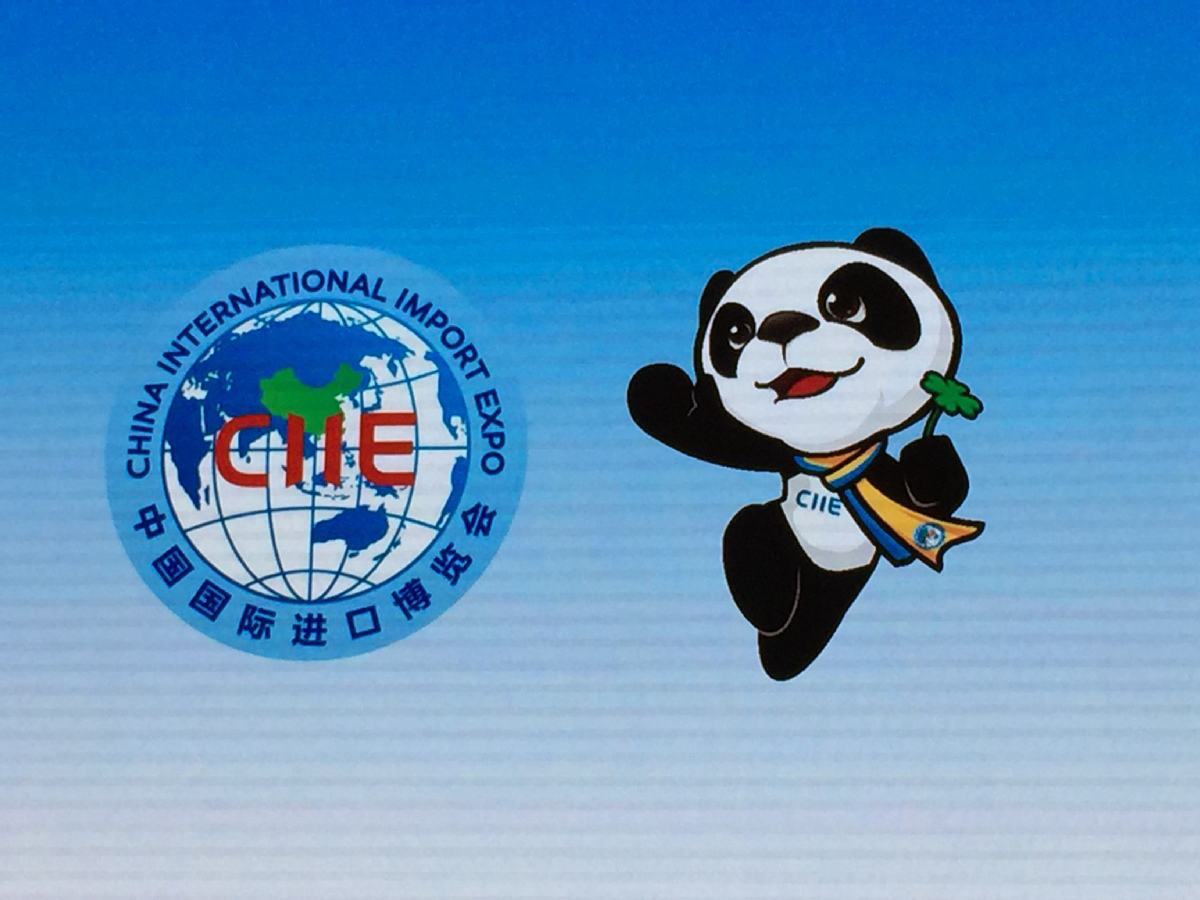 The CIIE logo and mascot Jinbao are showcased at a news conference in Shanghai in this July 27, 2018 file photo. [Photo by Yang Yang/chinadaily.com.cn]

More than 70 percent of the exhibition area of the fourth China International Import Expo has already been spoken for, its organizer said on the 200-day countdown on Sunday.

Sun Chenghai, deputy director-general of the CIIE Bureau, said the annual expo for imports has been given the green light for Nov 5 to 10 in Shanghai, and preparations for it are proceeding smoothly.

"Intended deals worth more than $200 billion were reached by international exhibitors and domestic buyers in the past three editions of the expo," Sun said at the countdown ceremony.

"We will continue to make the expo a window for the dural-circulation development paradigm and a platform for global procurement and investment, cultural exchange and open cooperation," he said.

Gu Jun, director of Shanghai Municipal Commission of Commerce, said the municipal government has always listed preparation for the expo among its main jobs, and it has formed an overall plan with 216 detailed tasks in areas such as epidemic prevention for this year's expo.

More than 30 companies and foreign trade promotion agencies, including Korea International Trade Association and German Chamber of Commerce, signed agreements for long-term cooperation with the CIIE Bureau on the event.

"The CIIE is a golden platform to strengthen economic cooperation, promoting global trade and world economic growth," he said, adding that the company will double its exhibition area and bring its latest technology to this year's expo.

"Without a doubt, the expo will be a big success for all the companies that participate and have tremendous, advanced ideas to share," Menassi said.

After the countdown began, a matchmaking session with domestic buyers and around 20 exhibitors in the healthcare, equipment and services sectors was held in Shanghai's Qingpu district, where the expo venue is located.

CBRE Group, a commercial real estate services and investment firm based in the United States, said the company reached 20 deals and memorandums of understanding with clients and local governments in its first participation in the expo last year.

"The spillover effect of the CIIE is big and real, as we followed up the business leads made during the expo, landing projects in Shanghai, Beijing and in Xi'an, Shaanxi province and Wuhan, Hubei province," said Li Ling, president of CBRE China.

"There are lots of opportunities in China, as the country launched the dual-circulation development paradigm, and we have already started to prepare for this year's CIIE," he said.