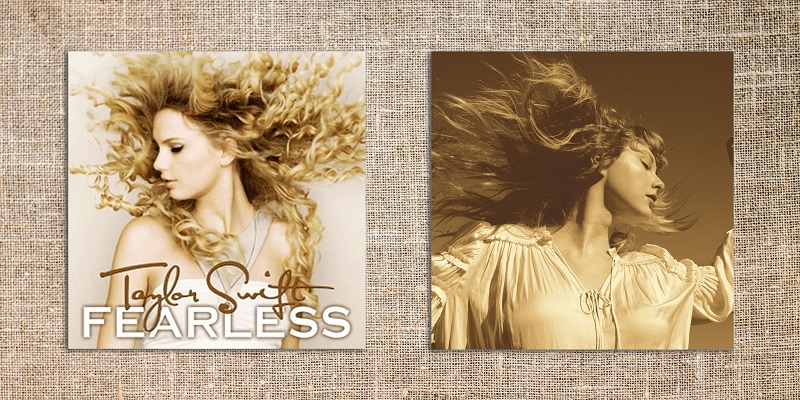 If dropping two studio albums within five months in 2020 wasn’t enough of a surprise, American singer-songwriter Taylor Swift is now serving her fans a third one. Fearless (Taylor’s Version), released on April 9, is a remake of her 2008 country album Fearless, which follows in the wake of the singer’s contract battle with her former label Big Machines back in 2019. Upon its release, the album sold 205,000 digital copies in China in less than five minutes and instantly topped the charts on Chinese song streaming platforms, including QQ Music and NetEase Music.

The re-recorded Fearless, a composition of 19 tracks from the songwriter’s original album and 6 additional “From the Vault” songs, represents a retrieval of her past memories and love stories. The same brisk and bright lyrics and melodies are presented in a mellower and warmer voice and have received tons of praise and celebration among Chinese Swifties (the nickname for Taylor’s fans in the country).

“A break with the past to start all over again--that needs good faith and a strong heart,” read one comment on Tencent’s QQ Music. “So dulcet and ear-catching. If you missed the 19-year-old Taylor, the 31-year-old Taylor will guide you to begin again,” a fan declared boisterously in NetEase Music’s comments section.

Taylor Swift has now taken the crown as the best-selling artist of all time on major Chinese music streaming platforms, with her studio recordings earning more than a combined 159 million RMB ($24.3 million) as of April 14, outselling many famous Chinese singers including Jay Chou, Lay Zhang, and Li Yuchun.

The American diva’s huge success in China is derived from her never-go-out-of-style artistry and inexhaustible creativity, while also being a product of her enormous fan base, which has flourished alongside China’s booming music industry. Taylor boasts about 10 million followers on China’s Weibo, a microblogging platform, and has more than 9.3 million and 4.9 million followers on QQ Music and NetEase Music, respectively. Apart from their frequent trending on social media platforms, her songs have also repeatedly appeared in music competition shows and in the promos for popular films, such as Detective Chinatown, a Chinese comedy-mystery series.

Reinforcing the well-received superstar’s international presence is China’s buoyant digital music market. It is expected that the scale of the market for China’s digital music industry will surpass 42.8 billion RMB ($6.6 billion) in 2021, up around 20% year-on-year, with the total number of users on music streaming apps in China exceeding 645 million, according to iMEDIA Research and Marketing. China’s diversified and immense domestic market has generated huge profits for song creators like Taylor Swift and music companies, including Tencent Music Entertainment Group, the latter of which has amassed 56 million online users subscribing to its paid-for music content, amounting to 29.15 billion RMB in revenue alone in 2020, a year-on-year increase of 14.6%, according to its latest financial results. 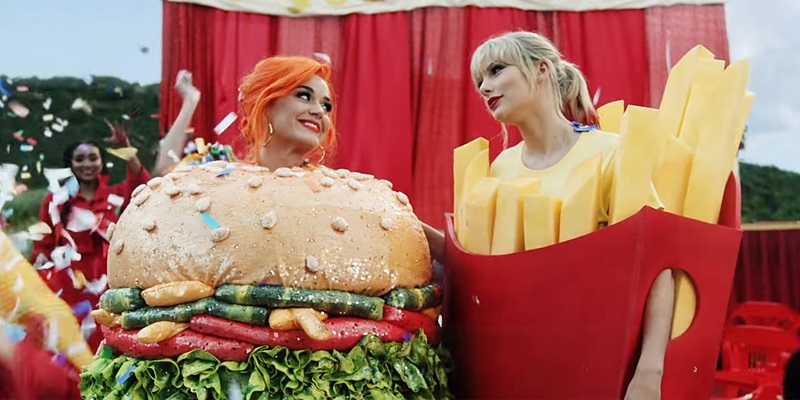 A screenshot of Taylor Swift's music video You Need To Calm Down, featuring Taylor Swift (R) and Katy Perry (L)

If a foreign artist is popular enough, chances are that he or she will eventually receive a localized nickname in China. Just like Chinese fans started calling Katy Perry “Fruit Sister” for her colorful, fruit-abundant costumes during her Teenage Girl era, Taylor Swift earned her nickname, Mei Mei, for her previous bad luck in topping the Billboard 100 chart and the snubs at her past Grammy Awards attendances. But that was then, and now with Folklore winning her a third Grammy Award for Best Album of the Year, Mei Mei is forever and always shining among her Chinese fans, never app