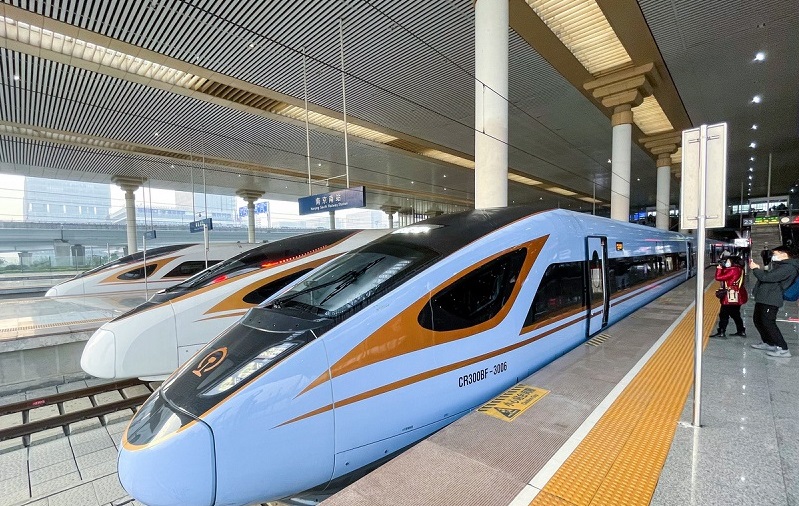 China's transportation sector witnessed a rebound during the three-day Tomb Sweeping Day holiday due to effective epidemic prevention and control measures across the country and the growing number of people receiving vaccinations.

Tomb Sweeping Day, also known as Qingming Festival, fell on Sunday this year. Traditionally, it is the time when Chinese people commemorate the dead. It was also the first national holiday since Spring Festival, when people had been encouraged to stay put due to COVID-19 epidemic control measures.

A total of 144.5 million passenger trips were expected to be made from Saturday to Monday, an increase of 142.4 percent over the same period last year, according to the Ministry of Transport.

The civil aviation sector is expected to have handled 4.33 million passengers, a significant increase of 256.4 percent year-on-year, and a drop of 10.7 percent over the same period in 2019.

On Saturday, the first day of the three-day holiday, more than 51 million passenger trips were made, an increase of 157 percent over the same period in 2020, and a decrease of 3.04 compared with 2019, according to the ministry.

To cater to the growing travel demand, transportation regulators have arranged more and targeted services. In Beijing, more subway services were arranged to areas with cemeteries.

In southern China, more ferries were scheduled from Xuwen county, Guangdong province, to Haikou, Hainan province, to cross the Qiongzhou Strait, up from 152 to 182 trips a day, according to the ministry.

According to China State Railway Group, the national railway operator, more train trips were scheduled during the holiday. A total of 10,046 trains were scheduled every day from Friday to Monday, an increase of 10.6 percent compared with the same period in 2019.

Since March 16, people have been able to travel to low-risk areas by showing their green health code, with no nucleic acid test results required.

Demand for travel services has grown due to a combination of the easing of strict epidemic control measures and a strong desire among the public to enjoy the spring.

On social media, people shared photos of transportation hubs, such as railway stations and airports, comparing their emptiness during Spring Festival with the crowds during the Tomb Sweeping Day holiday.