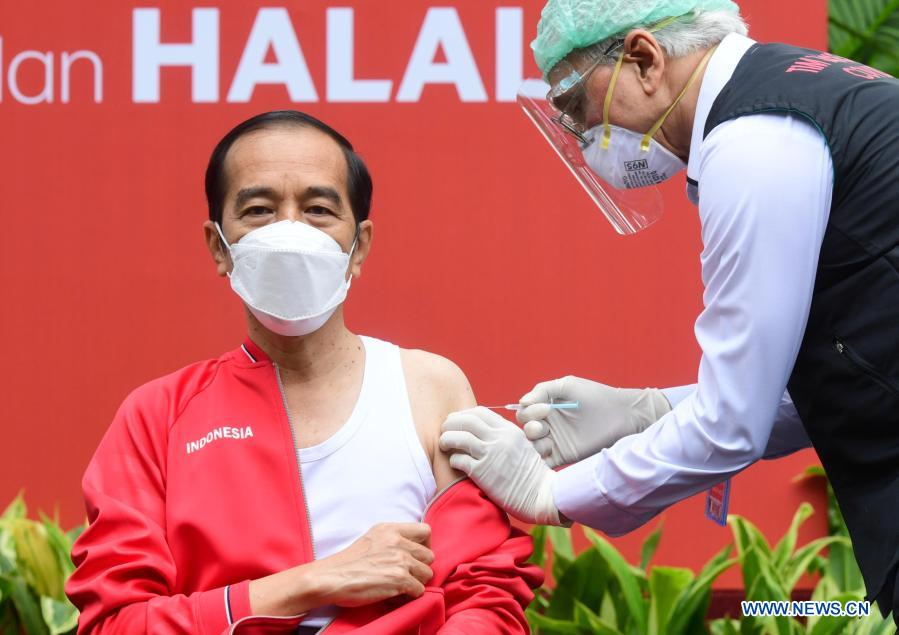 "At the end of the year when everything has settled down, I intend to make a short visit to China to just shake hands with President Xi Jinping and personally thank him for this donation," said Philippine President Rodrigo Duterte.

China has donated or is donating COVID vaccines to 69 developing countries in urgent need, and is exporting vaccines to 43 countries.

While China makes selfless contributions to the global anti-pandemic effort, some wealthy countries are busy hoarding vaccines and hyping up their claims of so-called "vaccine diplomacy" to smear China.

By providing vaccine aid and exporting vaccines, China intends to protect the right to life of more people around the world.

Tedros Adhanom Ghebreyesus, Director General of the World Health Organization (WHO), said at a COVID-19 Virtual Press conference on March 12 that more people will continue to die the longer it takes to distribute vaccines as rapidly and as equitably as possible.

Despite the massive scale of vaccine manufacturing taking place in the world, the way the vaccine doses are distributed are decided by a few rich countries.

The Associated Press reported on March 2 that the choices are limited for low- and middle-income countries that have been clobbered by COVID-19. Vaccine deployment globally has been dominated by wealthier countries, which have snapped up 5.8 billion of the 8.2 billion doses purchased worldwide.

Chile, despite a previously signed purchase agreement with American pharmaceutical company Pfizer for 10 million vaccine doses, received far fewer doses of the vaccine than it had been promised. In the month after its vaccination program began in late December, only around 150,000 of the 10 million Pfizer doses arrived in the South American country.

It wasn’t until Chinese company Sinovac Biotech Ltd. offered 4 million doses in late January that Chile began inoculating its population of 19 million with impressive speed. The Associated Press report also said that for those countries that have not yet secured a vaccine, China may be the only solution.

China’s provision and aid of vaccines demonstrates that it always walks the walk as a responsible major country.

Chinese leaders have pledged on multiple international occasions that COVID-19 vaccine development and deployment in China, when available, will be made a global public good, which will be China's contribution to ensuring vaccine accessibility and affordability in developing countries.

China has, at the request of the WHO, planned to provide 10 million doses of COVID-19 vaccines to the global vaccine sharing scheme COVAX to meet the urgent needs of developing countries. At the critical moment of the global fight against COVID-19, the vaccines are a tangible show of support from China for multilateralism and the WHO.

They are also a token of China’s selfless assistance at the height of the pandemic. Mutual help and support in times of adversity has always been the important belief that has underpinned the progress of human civilization until today. The Chinese have always believed that China will do well only when the world does well.

Real safety can only be achieved when all are protected from this deadly and contagious virus. China’s vaccine aid is not aimed at seeking greater influence through so-called “vaccine diplomacy”, but is a manifestation of bringing about a community with a shared future for mankind.

It is known to all that the U.S. has hoarded a large number of vaccine doses. The Press Secretary of the White House said on March 12, “We have not provided doses from the US government to anyone.”

“Great” countries should not shirk their responsibilities as major countries, refuse to make vaccines a global public good, point fingers at the selfless actions of other countries, or concoct the idea of “vaccine diplomacy”.

What they should do is adopt a healthy mindset, and address the uneven distribution of life-saving vaccines in their own countries.