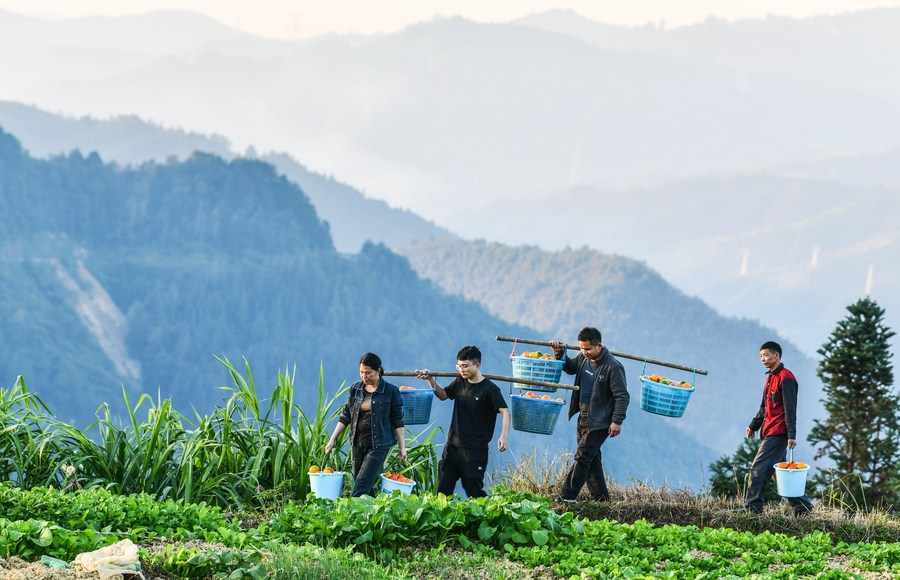 Poverty is a huge problem for countries all over the world, and poverty alleviation has long been a difficult task for the international community. People who live in extreme poverty are deprived of basic human needs such as food, clean drinking water, sanitation, hygiene, shelter, and education. The United Nations' Millennium Development Goals (MDGs) and Sustainable Development Goals (SDGs) all prioritize eradicating poverty and hunger. Whether in its own modernization efforts or in implementing the UN's MDGs and SDGs, the Chinese government has always placed a high priority on poverty issues and actively investigated ways to alleviate poverty.

A total of 832 counties, 128,000 villages, and nearly 100 million people in China have shaken off poverty. At a ceremony in Beijing on Feb. 25, 2021, China's President Xi Jinping announced "total victory" in the country's campaign to end extreme poverty. The accomplishment comes after President Xi promised in 2013 to end extreme rural poverty by 2020.

Poverty reduction is a strategic priority for China, which has made great strides on the road to poverty reduction over the last 70 years. China has pulled 770 million rural residents out of poverty in the four decades since reform and opening-up began in 1978. According to the Asia Poverty Reduction Report 2020, released on Dec. 15 by the Boao Forum for Asia (BFA), Asia, and especially East Asian countries, has been leading the global poverty reduction cause since 1990, with China playing a significant role.

Xi was elected China's president in March 2013. He inherited a mission that China has been working toward for generations, which is eradicating utter poverty, and he has made poverty eradication a top policy priority. In November 2013, Xi paid an inspection visit to Xiangxi, central China’s Hunan Province. During the inspection tour, the Chinese President brought up the idea of "targeted poverty alleviation" for the first time. The targeted poverty alleviation strategy has been one of the most important pillars of Xi's poverty alleviation efforts. Xi asked that the local government take action to monitor every poor household and person to ensure that their care is having the desired impact.

Under President Xi's leadership, the relocation program's goals for the 13th Five-Year Plan (2016-2020) have been met. The resettlement initiative for poverty alleviation aims to relocate impoverished people from inhospitable areas. Over the past eight years, China has moved 9.6 million poor people from inhospitable areas, a significant achievement in global poverty reduction efforts.

China also provides assistance to other countries in the areas of economic growth and poverty reduction. President Xi announced in 2015 that China will enact 10 major cooperation plans including the China-Africa Poverty Reduction Initiative at the Johannesburg Summit on China-Africa Cooperation.

The coronavirus pandemic struck China's economy early last year, but China has since made a gradual recovery, and also made ground-breaking progress in eradicating extreme poverty. For certain Western critics, eradicating poverty in a country with a population of 1.4 billion people may seem too optimistic or unlikely. However, it is a task that China must complete because the aim of socialism is to achieve universal prosperity. CPC representatives and leaders at all levels have made concerted efforts to eradicate poverty driven by the principle of putting people first.

Last but not least, under President Xi's leadership, China has been a true champion in inspiring and bringing smiles to the faces of millions of poor people by eliminating poverty. If world leaders are serious about ending the tragedy of extreme poverty that continues to affect millions of people, they will draw on China's experience and newfound willingness to share their model by deploying new innovation.

Mohammad Saiyedul Islam is a Doctoral Fellow at the School of International Trade and Economics at Jiangxi University of Finance and Economics, and a freelance journalist based in China.