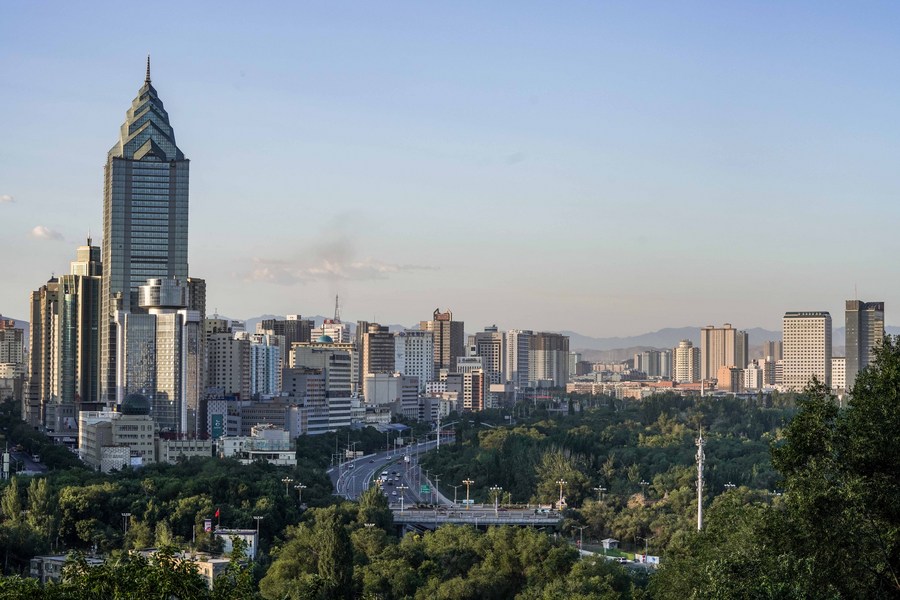 A few countries in the west have been fabricating lies and spreading rumors about Xinjiang affairs to attack China's Xinjiang policy. However, most of the countries in the world believe that it is just a vicious tactic under the name of the so-called human rights to contain China's development and undermine the country's security and stability.

Xinjiang-related issues are not human rights issues at all. They are in essence about countering violent terrorism, radicalization and separatism. There have never been such things as "genocide", "forced labor" or "religious oppression" in the autonomous region.

Out of prejudices, ignorance, and even hostility, some so-called scholars and institutions with ulterior motives did everything to fabricate the biggest lie of the century. They are, in a blatant manner, standing on the opposite side of justice and conscience. A few western countries, fanning the flames and aiding the evil, also tried their best to smear China.

However, lies are always lies, and they can never cover the truths. Uygur female representatives from Xinjiang recently made solemn statements at the 46th session of the United Nations Human Rights Council (UNHRC), warning those with a vicious mind to stay away from the beautiful place and stop harming the friendship among the Chinese people of all ethnic groups.

No one is in a better position to judge China's performance on human rights protection than the Chinese people. Over the past 40 some years, the Uygur population in Xinjiang has doubled from 5.55 million to over 12 million. The autonomous region's GDP also surged by more than 200 times in the past six decades, and the average life expectancy of Xinjiang residents rose from 30 years to 72 years. The region is experiencing its most auspicious period of development ever in history, with sustained social stability, people living in peace and contentment, as well as unity among all ethnic groups. Basic rights of the residents, including the rights to life, health and development are guaranteed. These are undeniable facts.

Any one that respects facts would give China a fair comment on the country's obvious progress in human rights protection.

In recent years, a total of more than 1,200 diplomats, officials of international organizations, journalists and religious personnel from over 100 countries have visited Xinjiang and seen the region with their eyes. What they witnessed was entirely different from some Western media reports.

Renowned French author Maxime Vivas recently published a book about his two trips to the autonomous region, in which he, through his own experiences, reveals the reality of Xinjiang. "Countless lies are being spread by people who have never been to Xinjiang," he says in the book titled "Uygurs, to put an end to fake news."

Adama Compaore, ambassador of Burkina Faso to China said recently that the Organization of Islamic Cooperation, the World Bank, and countries including Egypt, Pakistan, Afghanistan and Thailand have all sent delegations to visit Xinjiang, and they appreciated China's anti-terrorism and de-radicalization efforts. He believes that some western forces hyping up the so-called Xinjiang-related issues are actually launching unprovoked attacks on China to serve their own ulterior motives.

Justice will always prevail. Friendly and developing countries have always had a fair and objective stance and supported China on a number of multilateral occasions. They backed China's position and measures on Xinjiang affairs with overwhelming voices, and strongly condemned certain countries distorting facts and aiding the evil.

Cuba, on behalf of 64 countries, made a joint statement at the 46th session of the UNHRC, urging relevant countries to stop using Xinjiang-related matters to interfere in China's internal affairs, stop making unjustified and politically-motivated accusations against China, and stop seeking to contain developing countries under the pretext of human rights issues. Besides the joint statement, representatives from many other countries have spoken out separately to support China's legitimate stance on Xinjiang-related matters.

All lies will be shattered by facts, and rumors can only be torn apart by justice. These western countries had better abandon their ideological prejudices, stop double standard and political manipulation on human rights issues, and stop using Xinjiang-related matters to interfere in China's internal affairs and harm China's interests.

(Zhong Sheng is a pen name often used by People's Daily to express its views on foreign policy.)