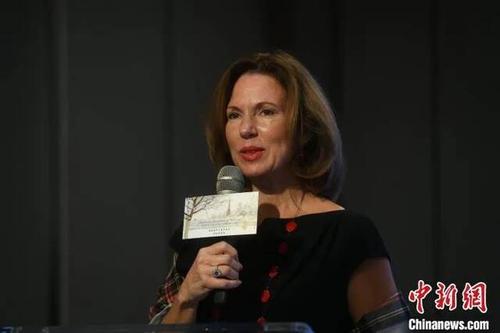 On March 7, hk01.com published an article titled "Why did the British ambassador to China lose her Chinese fans?"

Below is an excerpt.

The love of Chinese culture and frequent interactions with netizens represent an image cultivated for years by the British ambassador to China Caroline Wilson. Thanks to her dedication, she has won a good reputation on Chinese social media as well as countless fans. However, the situation changed after Wilson published the article "Do Foreign Media Hate China?"

Wilson posted a screenshot on Twitter showing that Wechat had prevented the article from being reposted. In this way, the ambassador wanted to say, “Look, there is no freedom of speech in China”. However, someone kindly reminded her of the rules in the comments: if the article has been denounced many times by readers, the platform will automatically prohibit reposting. In other words, it was she who caused the readers' dissatisfaction.

What the Chinese people don't like is not the critical coverage of China from the Western media, but their double standards.

Taken individually, Western media reporters in China probably do not come to the country with malicious intent. Some of them have lived in China for a long time and really have fallen in love with Chinese culture. When it comes to values, they automatically block certain facts that they see and hear in China. In the past, we have described some Western scholars who studied China as "Knowing China" and "Chinese Masters", but in most cases, most of them have been unable to overcome their ideological barriers.

In her article, Ambassador Wilson only mentioned China's expulsion of Western journalists, and did not mention that the United States expelled Chinese journalists first. She mentioned only consequences and no cause. Her way of writing is similar to that of some Western media outlets’ reports about China, only that the tone is slightly softer. The Chinese fans who have supported her were disappointed. Her affinity for the country turned out to be just a mask.

#British #COVID-9
This page is provided in cooperation with People's Daily Online.