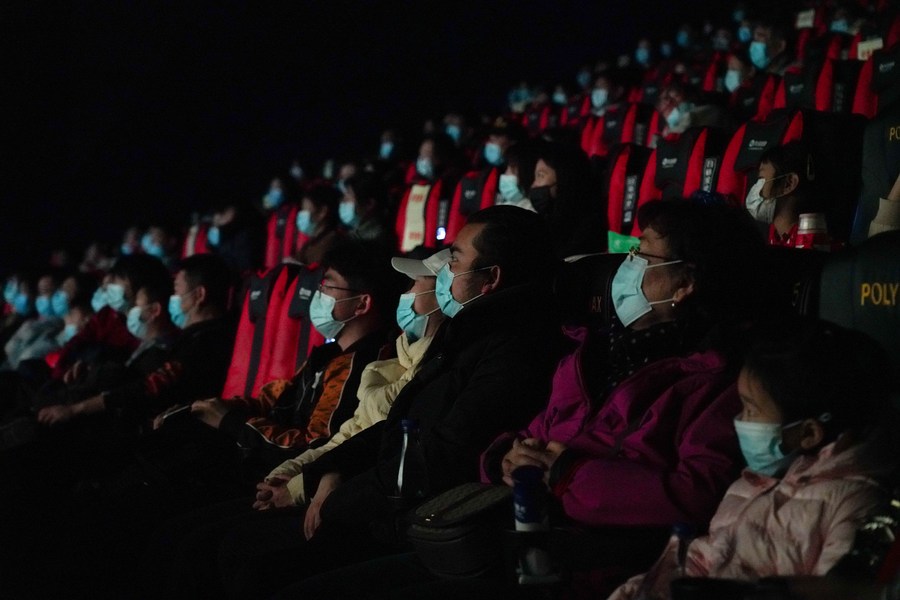 People watch a movie at a cinema in Beijing, capital of China, Feb. 17, 2021. (Xinhua/Chen Zhonghao)

The figure surpassed the previous monthly record of 11.16 billion yuan for February 2019.

The top seven earners were all domestic titles released on Spring Festival day, which was celebrated on Feb. 12 this year. The festival marked the beginning of the Chinese Lunar New Year.

"Hi, Mom" received the highest rating among all seven Spring Festival films. Box office tracker Maoyan has projected that the film will complete its run with total sales of 5.2 billion yuan.

#2021 #2020 #Chinese #Moviedata
This page is provided in cooperation with People's Daily Online.