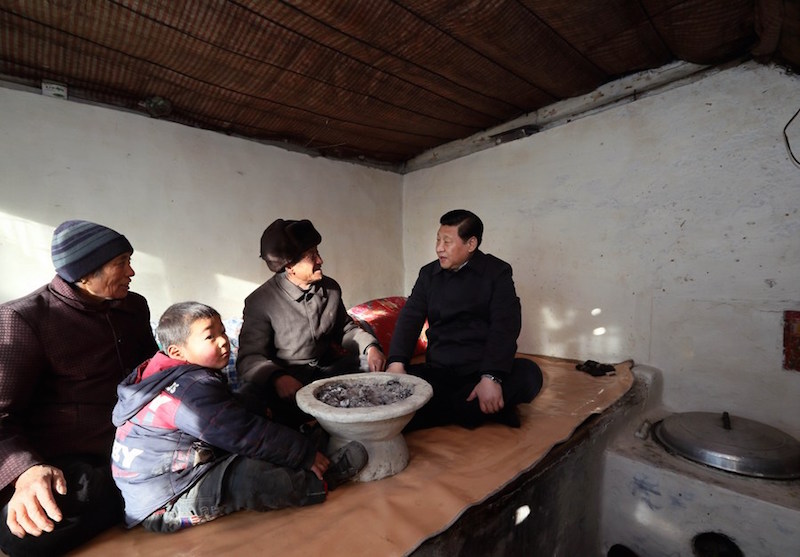 Xi Jinping (R), general secretary of the Communist Party of China (CPC) Central Committee and chairman of the CPC Central Military Commission, visits the family of Tang Rongbin, an impoverished villager in the Luotuowan Village of Longquanguan Township, Fuping County, north China's Hebei Province. Xi made a tour to impoverished villages in Fuping County from Dec. 29 to 30, 2012. (Xinhua/Lan Hongguang)

-- When Xi Jinping became China's top leader in 2012, he inherited a mission China had striven to achieve for generations, which is eradicating absolute poverty.

-- The entire system was mobilized to help the rural indigent population, with more than 250,000 teams dispatched to offer on-the-ground support and over 3 million people sent to countryside as special commissioners for poverty relief.

-- "Through eight years, under the current standard, China has eradicated extreme poverty for the nearly 100 million rural people affected," Xi said in the New Year speech that rang in 2021.

BEIJING, Feb. 23 (Xinhua) -- Poverty plagued China for thousands of years. Through generations of struggle after the founding of New China in 1949, the country had lifted 700 million out of penury by the end of 2012.

By then, China still had nearly 100 million people living under the poverty line, one ninth of the world's total. About 100,000 villages were yet to be connected by paved roads; some 4,000 villages had no access to electricity; and 8.3 percent of the country's rural households eked out a living in ramshackle, grass-thatched mud huts.

In November 2012, Xi Jinping became China's top leader, and he inherited a mission China had striven to achieve for generations, which is eradicating absolute poverty. The Communist Party of China (CPC) aimed to reach the goal by the end of 2020.

"To achieve this goal, China has to lift 10 million people out of poverty every year," said Eduardo Regalado, senior researcher at Cuba's International Policy Research Center. "That is, 20 people every minute."

At the end of 2012, Xi braved the ghastly winter temperatures to visit the villages of Luotuowan and Gujiatai, impoverished places set deep in the Taihang Mountains of Hebei Province. It was the first of a myriad of inspection tours dipping into the country's underdeveloped regions for Xi as the top Chinese leader.

Chatting with villagers, Xi was particularly concerned with difficulties they faced in their daily lives, such as problems concerning their income, food, education and medical care.

The austere living conditions were astounding. With similar hardship still haunting tens of millions of impoverished people in rural areas, Xi knew there was no time to spare.

While the entire nation held its breath waiting for his answer, Xi's commitment to this seemingly insurmountable task was never in question. He knew what it was like to be hungry.

"Meat would not grace our tables for months at a time," Xi once said, referring to the days when he was sent to Liangjiahe Village in northwest China's Shaanxi Province as a farmer some five decades ago. "How I wished to treat my fellow villagers to meat at least once."

From a junior local official to China's top leader, Xi always held dear the wish he had made. Ensuring the rural poor improve their lot has been his motivation all along.

Reviewing the whole situation, Xi determined that China had entered the most difficult stage of relieving poverty, and the root cause of every household's destitution needed to be identified before any targeted approaches could be formulated.

It was during a visit to Shibadong Village in Hunan Province that he proposed a targeted approach to address poverty.

"We should seek facts from truth; guidance and development must reflect the local conditions," Xi said. "This is what I mean by targeted poverty alleviation." 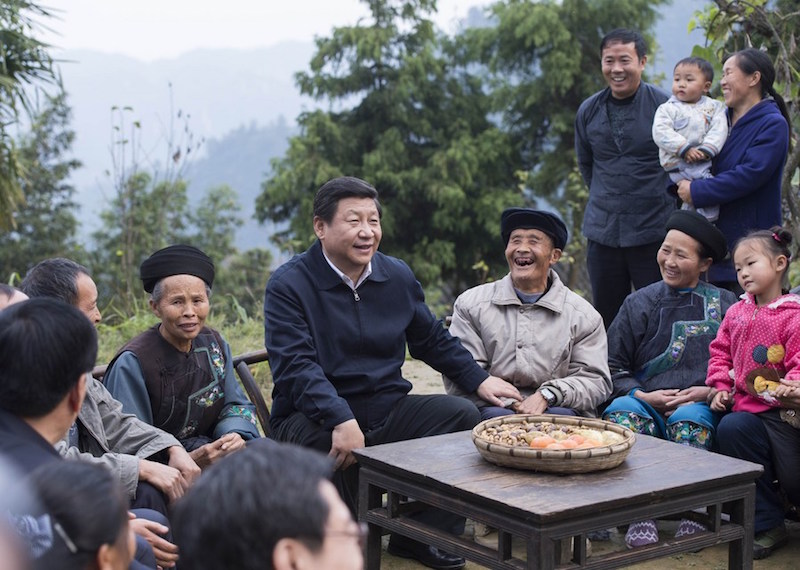 In an effort to meticulously tackle impoverishment in various locations, the authorities need to have a full grasp of the conditions on the ground. Therefore, China launched an unprecedented project to compile a database of every single underprivileged citizen.

In 18 months, the country had a complete nationwide register of its poor population. It was the first time in history that an all-encompassing poverty database had been compiled.

"Precision poverty targeting is supporting the government in targeting the remaining poor in the last mile," said Jim Yong Kim, former president of the World Bank.

In November 2015, Xi led a conference on poverty alleviation and development, the largest of its kind ever held.

The heads of 22 provincial-level regions in the central and western parts of China signed liability pledges to eradicate poverty in their purview on time, said Liu Yongfu, former director of the State Council Leading Group Office of Poverty Alleviation and Development.

"Xi Jinping took a liability pledge at the meeting, and said it is just like a 'soldier's pledge' and we must keep our word," Liu recalled in an interview. "Should tasks not be finished on time, the signatory would be held accountable," Xi was quoted as saying.

Xi, too, had nothing to fall back on.

The entire system was mobilized to help the rural indigent population, with more than 250,000 teams dispatched to offer on-the-ground support and over 3 million people sent to countryside as special commissioners for poverty relief. While they have brought about transcendental changes for those in dire need of help, 1,800 of them lost their lives in the line of duty.

To uncover the root causes of underdevelopment and advise on solutions, Xi pushed on unabated with inspection tours, visiting some of the poorest places in China. 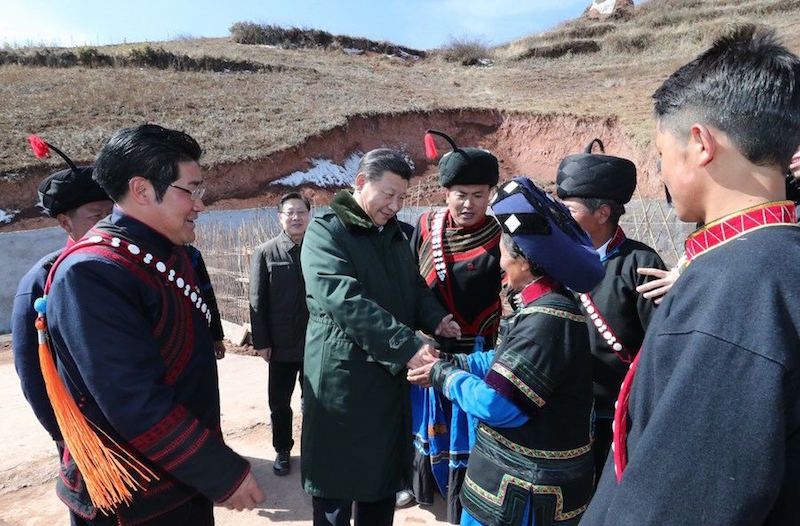 Ahead of the Chinese Lunar New Year in 2018, Xi traveled 2,200 km from Beijing to Liangshan Yi Autonomous Prefecture in Sichuan Province to review plans for the relocation of communities. Eleven out of the 17 counties in the prefecture were flagged as key locations in the state's poverty alleviation work.

"Not a single ethnic group, family or person should be left behind," Xi said.

Locked in rough, unforgiving mountain terrain, Atulie'er Village in Liangshan, known as the "cliff village," was emblematic of how difficult it would be for the country to fulfill its poverty-free pledge.

Due to the village's isolated location, precariously perched with near-vertical cliffs both above and below, villagers had to use a series of handmade ladders to scale the 800-meter-high cliff.

"I saw that children had to climb the unsteady vine ladders on the cliff with no safety measures whatsoever. It made me feel heavyhearted and concerned," Xi said.

Two years later, all 344 of the cliff village's former residents left the village in the clouds and moved down to safer ground.

Bidding farewell to their former houses, the villagers moved to brand-new apartments. Children resumed their study in bright classrooms, without the need to scale daunting cliffs on the way to class.

The village has since seen over 100,000 visitors every year, generating substantial income for the locals. As tourism becomes a pillar industry of the local economy, penury is resigned to history.

At the end of 2019, China's rural underprivileged population had fallen to 5.51 million. An end to poverty was within reach.

"It is difficult to recall or identify any parallel achievement," said Guy Ryder, director-general of the International Labour Organization.

In early 2020, the sudden outbreak of the COVID-19 pandemic dealt a heavy blow to the economy of China and the world.

While most people assumed China's goal to lift all its people out of poverty by 2020 would take a back seat, Xi took a tougher path. 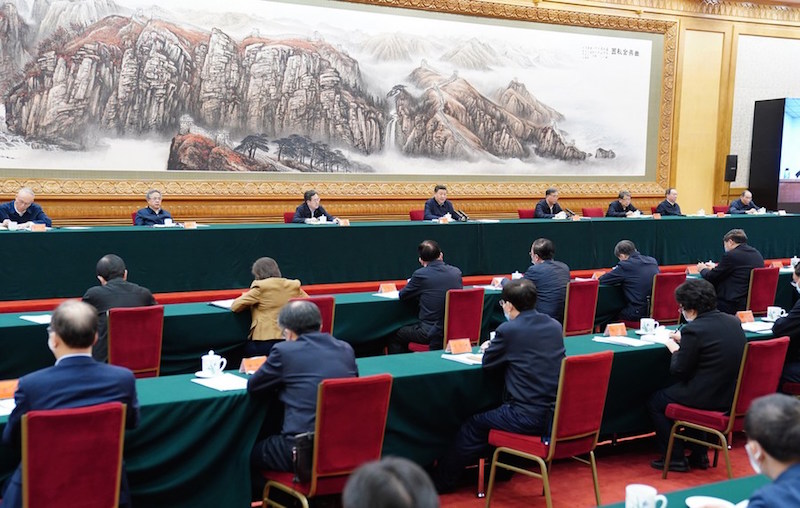 Chinese President Xi Jinping, also general secretary of the Communist Party of China Central Committee and chairman of the Central Military Commission, delivers an important speech at a symposium on securing a decisive victory in poverty alleviation in Beijing, capital of China, March 6, 2020. (Xinhua/Ju Peng)

In March 2020, Xi presided over an unusual symposium attended by officials ranging from country leaders to local officials.

Xi stressed that lifting all rural residents living below the current poverty line out of poverty by 2020 was a solemn promise made by the CPC Central Committee, and it must be fulfilled on time.

"There were only 300 days left, and Xi said this meeting had to be held as soon as possible for another round of deployment and mobilization," said Chen Songbai, deputy Party chief of Zhaojue County, Sichuan Province. "He had a very grave look on his face when he said it."

Although fiscal revenue was at a low ebb in 2020, Xi pointed out that funding was key to achieving poverty alleviation.

Instead of reducing investment, the central government's special fund for poverty reduction reached 146.1 billion yuan (about 22.4 billion U.S. dollars). There was also a one-off supplementary injection of 30 billion yuan.

Xi's decision recharged the campaign and the whole society played its part. Once again, the have-nots knew that they would not be left behind under any circumstance.

Over the past eight years, the rural landscape has been completely reshaped. More than 9.6 million people suffering from intractable destitution have been relocated from uninhabitable areas. All villages in the country are connected to the network of paved roads. Every rural household is connected to the power grid. More than 100,000 countryside schools have been renovated or rebuilt, providing tens of thousands of rural children with a chance to carve an alternative future. 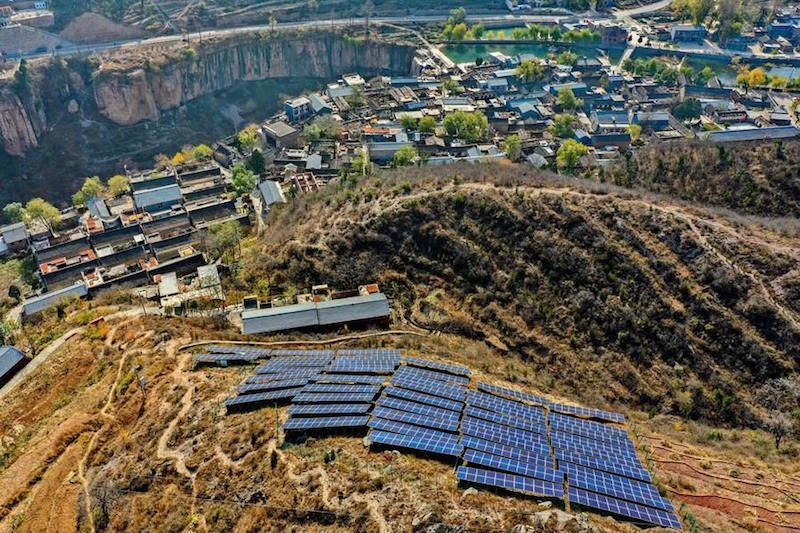 Along the path to zero poverty, Xi made plans and decisions that have changed the fate of millions of Chinese families for the better. The path has been littered with bumps and holes, yet he held on to his original motivation.

"Through eight years, under the current standard, China has eradicated extreme poverty for the nearly 100 million rural people affected," Xi said in the New Year speech that rang in 2021.

China has ended the poverty that plagued the country for thousands of years, but it merely marks another beginning -- the beginning of more miracles yet to be worked, and a path toward an even brighter future.

#poverty #CPC #Xijinping #2021 #2020
This page is provided in cooperation with People's Daily Online.