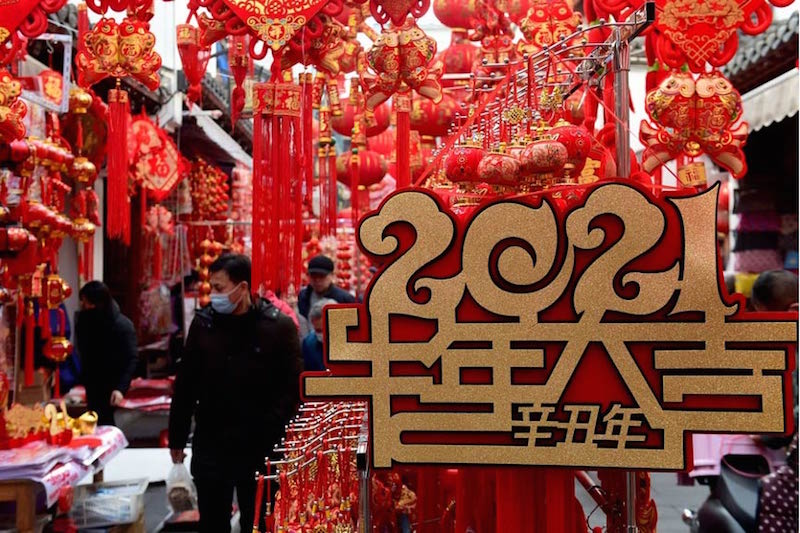 The Ox and Twelve Chinese Zodiacs

As an essential part of Chinese folk culture, the Twelve Chinese Zodiacs, a classification system based on the Chinese lunar calendar, assigns an animal and its reputed attributes to each year in a repeating 12-year cycle. These twelve animal signs are the Rat, Ox, Tiger, Rabbit, Dragon, Snake, Horse, Goat, Monkey, Rooster, Dog and Pig.

The order of the Twelve Chinese Zodiacs was decided by the final rankings in a race between the 12 animals as revealed in a Chinese legend. To win the race, the hardworking Ox sets off earlier than the other animals, and gives a free ride to one of his rivals, the Rat, who is unable to pass a river along the way. Near the end of the race, the Rat jumped out of the Ox's ear and dashed towards the finish line. In the end, the warm-hearted Ox was defeated by his fellow Rat, having placed second place in the race. Hence, the Ox became the second animal in the Chinese Zodiac.

This widely known legend of the Chinese Zodiac also demonstrated that the ox is both hardy and kind in the Chinese people's eyes. 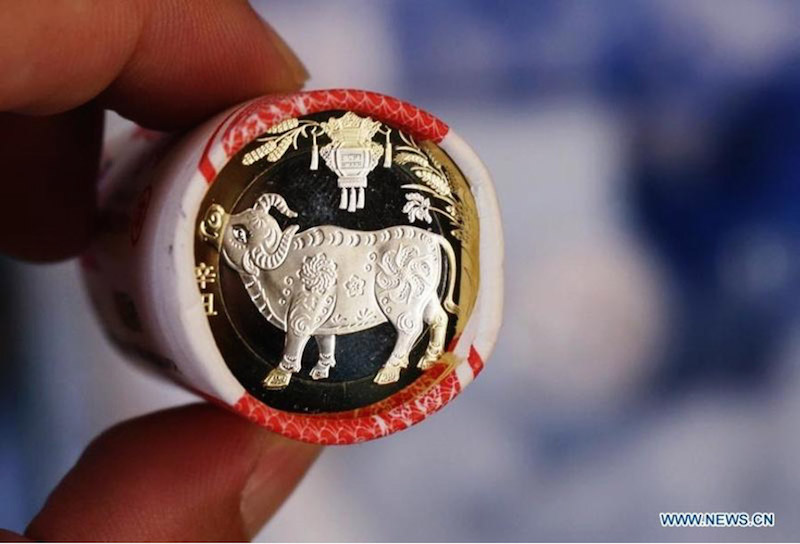 This photo shows one of the sides of a commemorative coin for the Year of the Ox, in Hangzhou, eastern China's Zhejiang Province, Jan 29, 2021. (Xinhua/Long Wei)

The Ox and its Roles in China

One of the first animals to be domesticated, the ox played an important role in ancient China. Farmers trained oxen to plow the fields and replace human labor, which vastly improved production capacities since oxen are much more powerful than human beings. Besides agriculture, oxen contributed to the development of transportation and military. In the Song Dynasty (960-1279 CE), the authorities used "ox carriages" to transport supplies during wartimes when pressures on transportation had become increasingly mounting. Serving as a powerful weapon, oxen were rigged to carry torches and were deployed to fight against enemy forces in wars during the Warring States Period (475-221 BC).

The ox's image has penetrated into Chinese culture due to its fundamental role in almost every aspect of life. The ox is crowned as the God of Sheji (which means the “god of soil and food”), who stole seeds from Heaven to free earthly dwellers below from hunger. According to the legend, Yu the Great, an emperor of the Xia Dynasty (c.2070-1600 BC), always threw an ox-shaped sculpture into the river near an area where he sought to control the floods, praying the sacred Ox would protect residents from harm.

The affection and reverence afforded to the Ox have extended to everyday life as well, with traditions having regularly been held to worship the animal. During Lichun, the first solar term of the traditional Chinese lunar calendar, Chinese people would craft a clay ox stuffed with grain and whip it, expressing their hopes for a bumper harvest in the upcoming new year. Paper cuttings of the Ox are very popular in local markets this year, with Chinese people scrambling to buy their own unique paper designs. Decorating houses with these festive decorations shows people's good wishes in welcoming a new year. 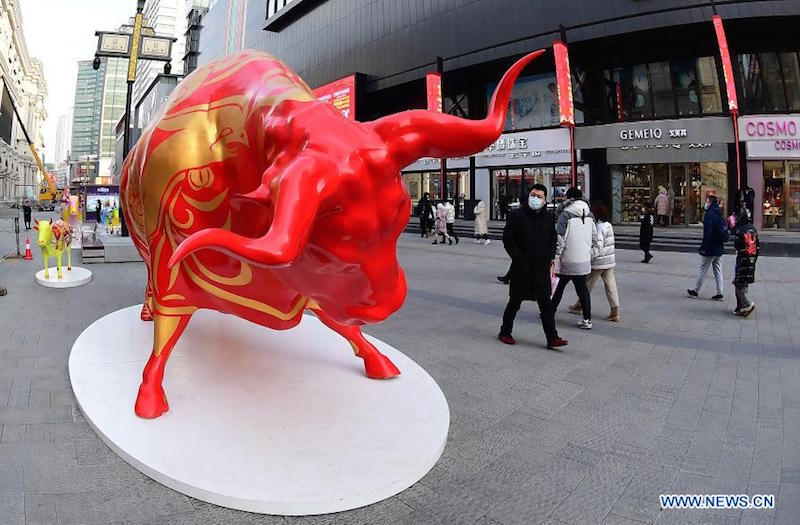 The Ox and its Spirit

From paintings to poems, artists are keen on burnishing the spirit of the Ox in their work. Li Gang, a brilliant poet in the Song Dynasty, complimented the ox's temperament to work hard without any complaints in his poem. In the ink and wash painting of Qi Baishi, a distinguished painter in China, vivid images of the self-sacrificing animal come alive. Lu Xun, a famed Chinese writer, associated himself with the ox, saying that "fierce-browed, I coolly defy a thousand pointing fingers, head bowed like a willing ox I serve the people." Since then, the willing and able Ox has become a metaphor to describe those who are willing to sacrifice for the benefit of others.

The Ox's spirit, symbolizing diligence, steadfastness and tenacity, was inherited from generations of Chinese tradition and has evolved over time. With society stepping into a new era, the Ox's spirit has continued to take on new meaning.

Chinese President Xi Jinping addressed the New Year’s gathering of the CPPCC National Committee on Dec.31, 2020, encouraging the Chinese people to promote the spirit of the ox in serving the people, driving innovative development and working tirelessly. The unique characteristics of the ox vividly personifies the outstanding qualities that Chinese people continue to aspire for.

Deeply rooted in Chinese culture, the Ox's various images and its singular spirit has become a distinct mark of Chinese people's embrace of hard work and their aspiration for the good life. 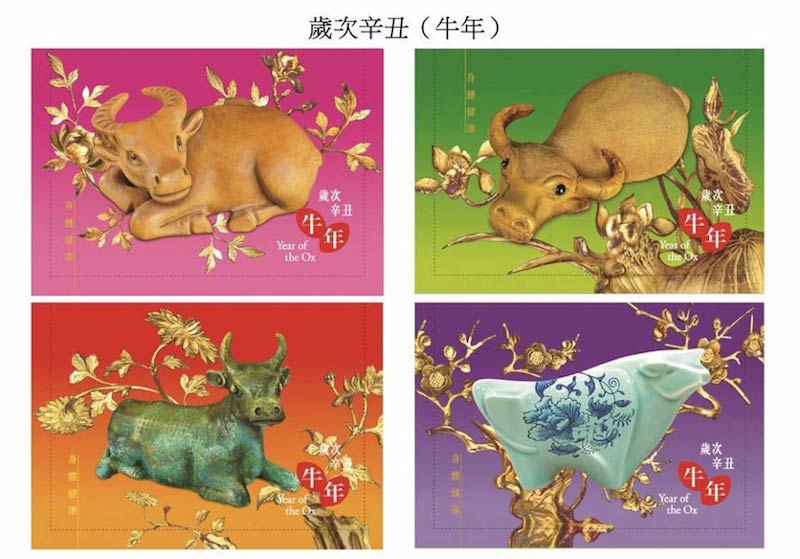 Hong Kong's newly issued stamps, in staying true to tradition, are based on artefacts modelled after this year's zodiac animal and offer festive designs. (Photo courtesy of Hong Kong Post)