Climate change concerns the welfare of people around the world and mankind’s future. Various parties need to jointly address the issue with ambition and determination. 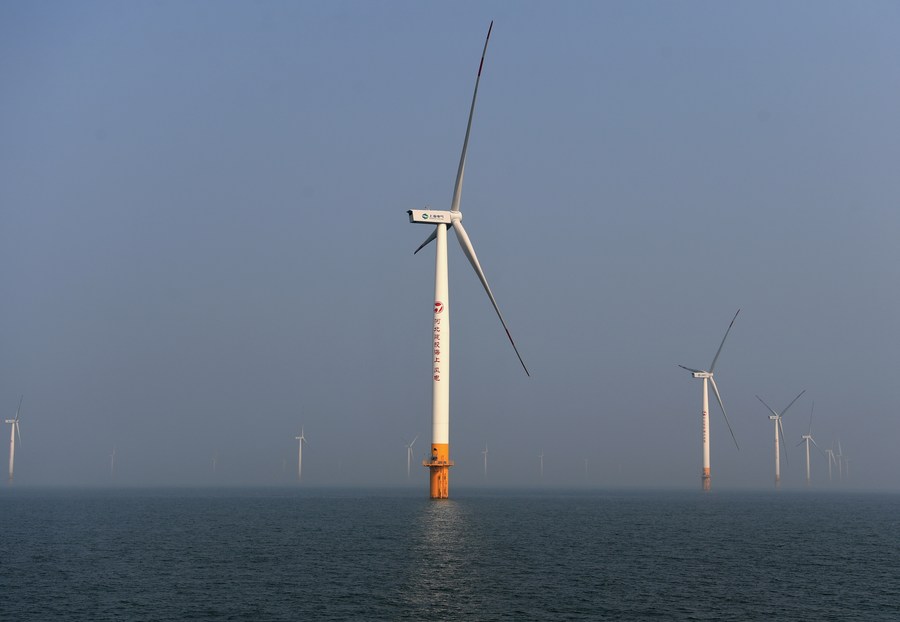 The new U.S. administration of Joe Biden has recently announced U.S. return to the Paris Agreement on climate change, and declared that the country is going to combat climate change in a way it has not done so far.

“China welcomes the return of the United States to the Paris Agreement, and we look forward to its positive contributions to combating climate change,” Chinese Foreign Ministry spokesperson Hua Chunying said at her regular press conference on Jan. 21.

As Chinese President Xi Jinping said at the Climate Ambition Summit on Dec. 12, 2020, “In meeting the climate challenge, no one can be aloof and unilateralism will get us nowhere.” Cooperation is becoming the common choice of various countries as they have been increasingly aware of the urgency of tackling climate change.

It not only made U.S. the only contracting Party that exited the Paris Agreement, but wantonly smeared other countries and grossly sabotaged global climate governance and cooperation, standing on the opposite side of all mankind.

“Our firm belief is that we simply cannot afford to do otherwise. Not only does climate action remain critical over the next decade, but investments in climate-resilient infrastructure and the transition to a lower-carbon future can drive significant near-term job creation while increasing economic and environmental resiliency,” said a report released by U.S. consulting firm McKinsey & Company.

It should not be forgotten that China and the U.S., together with various other parties, have played key roles in reaching the historic and ambitious global agreement on climate change.

From 2014 to 2016, the two countries issued joint statements on climate change for three times, the political consensus in which laid important foundation for the achievement and entry into force of the Paris Agreement.

China and the U.S. took the lead in ratifying the Paris Agreement and jointly deposited their instruments of ratification for the Paris Agreement to the United Nations (UN) Secretary-General, and were also the first countries to complete the peer reviews of fossil fuel subsidies under the Group of 20 (G20) framework, making further contribution to the international community’s efforts to jointly tackle the global challenge.

As a doer in global climate governance, China has made important contributions to adopting the Paris Agreement and has made active efforts toward implementing it.

China has spared no efforts in advancing ecological civilization construction. Guided by its new development philosophy, the country has promoted greener economic and social development in all respects while pursuing high-quality development.

Last September, Xi announced that China would scale up its nationally determined contributions and adopt more vigorous policies and measures, and aim to peak carbon dioxide emissions before 2030 and achieve carbon neutrality before 2060. The pledge has won wide praise from the international community.

All these endeavors have fully proven that China has always attached great importance to the common interests of humanity and is willing to actively carry out cooperation with various parties on addressing climate change.

Earth is the only and shared home of mankind. It is the shared mission of all human beings to initiate a new journey for global response to climate change.

China is ready to work together with the U.S. and the rest of the international community to cope with common challenges through cooperation, promote the full and effective implementation of the Paris Agreement, build a fair, equitable, cooperative and win-win global climate governance system, and boost global transition to low-carbon development and green recovery from the COVID-19 pandemic.

It’s hoped that the U.S. can sincerely practice multilateralism, join hands with China and the international community to accelerate global climate governance, and make genuine contributions to the well-being of the entire humanity.

(Zhong Sheng is a pen name often used by People’s Daily to express its views on foreign policy.)