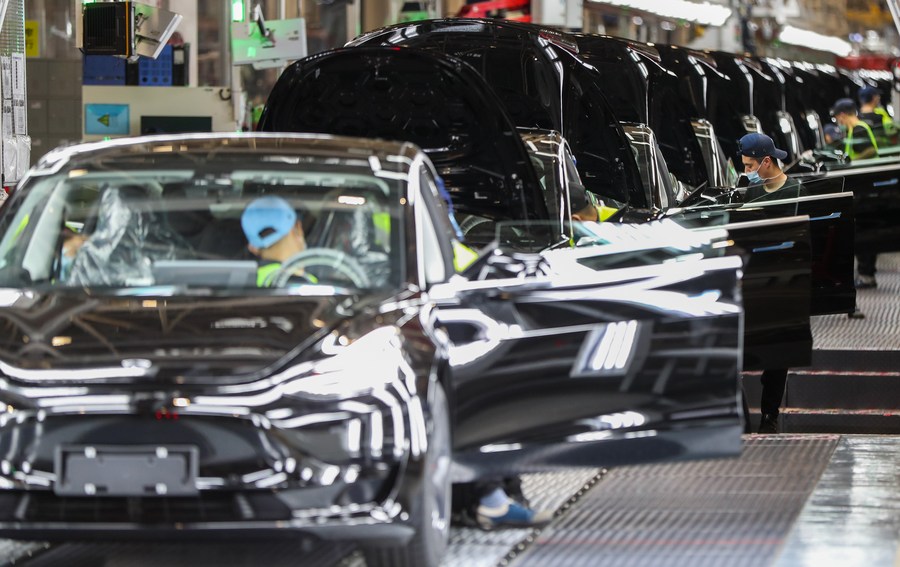 China has managed to overcome challenges and maintain its appeal to foreign investors in 2020. According to official statistics, foreign direct investment (FDI) into the Chinese mainland, in actual use, expanded 6.2 percent year-on-year to a record high of 999.98 billion yuan in 2020.

The country’s auto market saw a V-shared turn along with a bounce in investment and export over the last year, said Stephan Wöllenstein, CEO of Volkswagen Group China. In 2020, the company delivered 3.85 million vehicles in China, representing a market share of 19.3 percent, he introduced.

Merck Holding (China) Co., Ltd, was among the first batch of enterprises to resume production in Shanghai. Last July, it opened a life science innovation highland in the city’s Zhangjiang and registered steady growth in the life science, medicine and healthcare, and high-performance materials.

The Chinese economy has moved forward with strong resilience despite uncertainties faced by the global economy, said Li Ye, vice president of Merck Holding (China) Co. Ltd, adding that by quickly controlling the epidemic and issuing a basket of policy measures to help enterprises, China has stabilized foreign enterprises’ confidence.

Last year, China’s FDI got back on its feet with a year-on-year growth in April, and maintained an upward momentum till year-end.

A recent survey by the Ministry of Commerce showed that profits of nearly 60 percent of foreign-invested firms in 2020 posted growth or remained flat compared with a year ago, with nearly 95 percent holding an optimistic attitude about future prospects.

“In 2020, we invested 5.4 billion dollars in China, 83 percent of which went to middle and western China, mostly in the high-tech industry,” said Deuk-kyu Hwang, president of Samsung China.

Thanks to a “green passage” built by the Chinese government, last year, Samsung China dispatched 24 charter airplanes to transport 5,500 foreign engineers to China to restart their work, guaranteeing the opening of new projects and construction of major projects, Hwang disclosed.

The country has constantly improved the business environment. A survey jointly conducted by the Ministry of Commerce and www.gov.cn showed that nearly 90 percent of the enterprises think the foreign investment law has been well implemented.

Last year, the Ministry of Commerce set up a task force to serve 697 key foreign-funded projects, solving more than 3,000 issues concerning the resumption of work and production and helping about 16,000 foreign employees to return to China.

“At present, our 43 multinational pharmaceutical company members have built 47 factories and 25 R&D centers in China, with investment reaching 12.2 billion yuan in 2020,” said Kang Wei, managing director for the R&D-based Pharmaceutical Association Committee (RDPAC) under the China Association of Enterprises with Foreign Investment.