Lhalu Wetland National Nature Reserve in Lhasa, capital of southwest China’s Tibet Autonomous Region, has over 15,000 migratory birds that come to the area to live through the winter, more than twice the number of migratory birds in the place five years ago, thanks to years of unremitting efforts to restore and protect ecology in the locality. 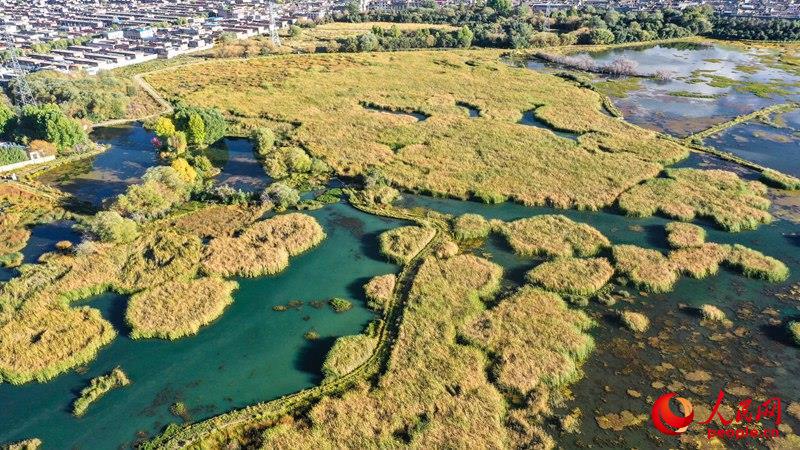 The area of waters in the nature reserve has increased by one third since the establishment of the administration bureau of the Lhalu Wetland National Nature Reserve in 2008. According to Liang Jianyu, deputy director of the administration bureau of the nature reserve, the average water level in the reserve has risen 3 centimeters.

Biodiversity in the nature reserve has also been effectively protected in recent years, with the main wildlife populations and biological resources in the area seeing significant progress in restoration and development, Liang said, adding that in 2019, the nature reserve had more than 15,000 migratory birds belonging to six species, while the number of birds inhabiting the Lhalu wetland exceeded 7,000.

Over the years since Liang became the deputy director of the administration bureau, more and more new species of birds have appeared in the wetland. 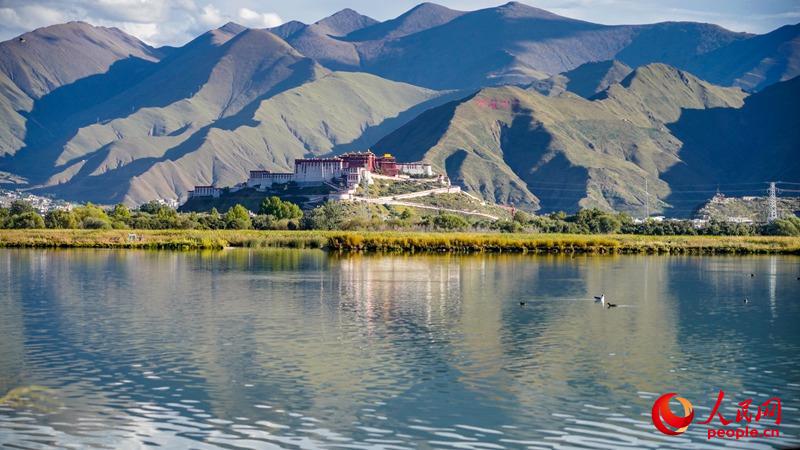 A view of the Lhalu Wetland. (People’s Daily Online/Chen Bowen)

These positive changes are in fact the results of the country’s constant efforts. Since 2001, China has implemented a major project for the conservation of Lhalu Wetland. The project involves tasks including: the construction of fences and grit basins, restoration of degraded wetland, extension of ecological zones, ecological relocation of core areas, building of footpaths for patrol and protection efforts, surveying and monitoring of the wetland, and the construction of shelter forests. 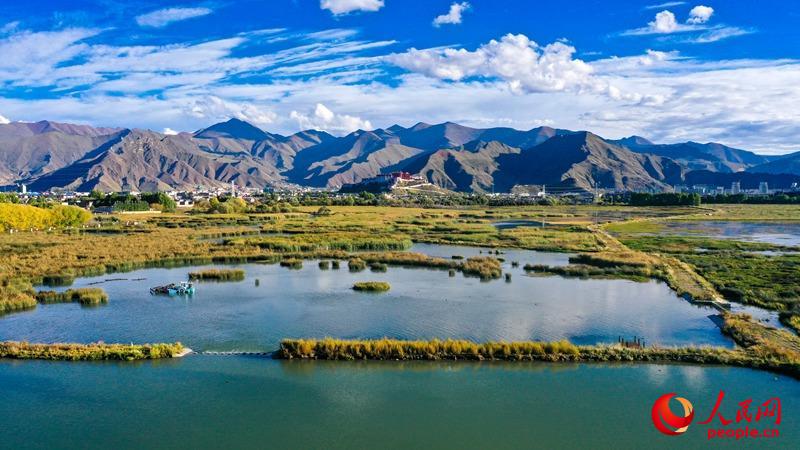 A view of the Lhalu Wetland. (People’s Daily Online/Chen Bowen)

Lhalu Wetland is the world’s highest natural wetland and the largest inland natural wetland in China. With 95 percent of its area covered by marsh and meadow vegetation, the wetland is a rare gene pool of living things.

Covering an area of 12.2 square kilometers, Lhalu Wetland is inhabited by 332 species of higher plants, 43 species of terrestrial wild animals, 152 species of water aquatic wildlife, and 101 species of insects.

The vast wetland has played an important role in improving oxygen supply capacity in Lhasa. Statistics have shown that the content of oxygen in the surrounding areas of Lhalu Wetland is around 80 percent in summer, and that the oxygen levels in these areas are 10 percent higher than that in urban areas of Lhasa in winter.

#2021 #Tibet #wetland #2020 #Lhalu
This page is provided in cooperation with People's Daily Online.