The year 2020 marked an extremely unusual year in human history.

This year, the world suffered a hard time as people's health was seriously threatened; international exchanges were restricted; the global economy fell into a deep recession; and unilateralism, protectionism and bullying practices were on a rise.

This year, China became the first country to control COVID-19 and resume work, turning its economic growth positive. The country actively led international cooperation on pandemic control and resolutely expanded opening up. It has given a "prescription" to improving global governance in the post-pandemic era and is taking concrete steps to build a community with a shared future for mankind.

The following are the top 10 world news events of the year selected by the People’s Daily. 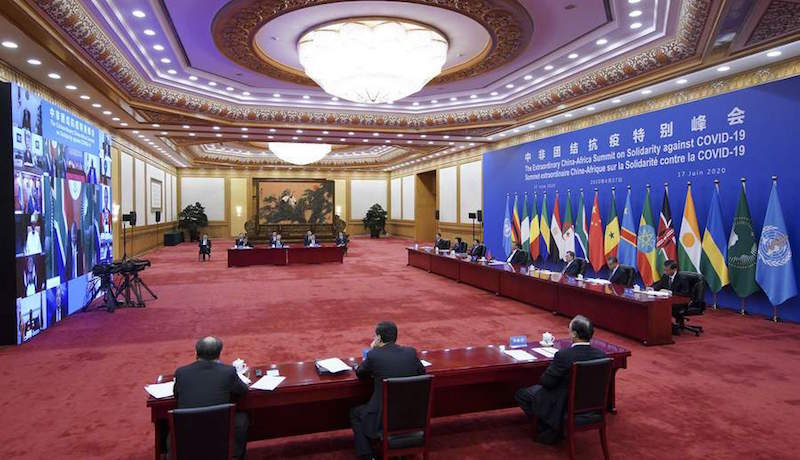 Chinese President Xi Jinping chairs the Extraordinary China-Africa Summit on Solidarity against COVID-19 and delivers a keynote speech at the summit in Beijing, capital of China, June 17, 2020. (Xinhua/Ding Haitao)

The global spread of COVID-19 in 2020 has put the lives and health of the people around the world at huge risk. By Dec. 30, Beijing time, the total confirmed COVID-19 cases added up to over 80 million, with a death toll striking 1.77 million.

Being the first country to control the virus, China has made important strategic achievements in this field. It has launched the largest-ever global humanitarian campaign in the history of the People's Republic of China.

Chinese President Xi Jinping held over 80 video and telephone conversations with foreign leaders and heads of international organizations, and attended more than 20 diplomatic events "on the cloud." He for the first time raised the proposal to build a community of common health for mankind, expounded on China's ideas on promoting anti-pandemic cooperation, driving economic recovery and improving global governance, reiterating that cooperation and solidarity remain the most powerful weapon against the virus.

2. World economy plunges into severe recession, China issues a slew of measures to expand opening up 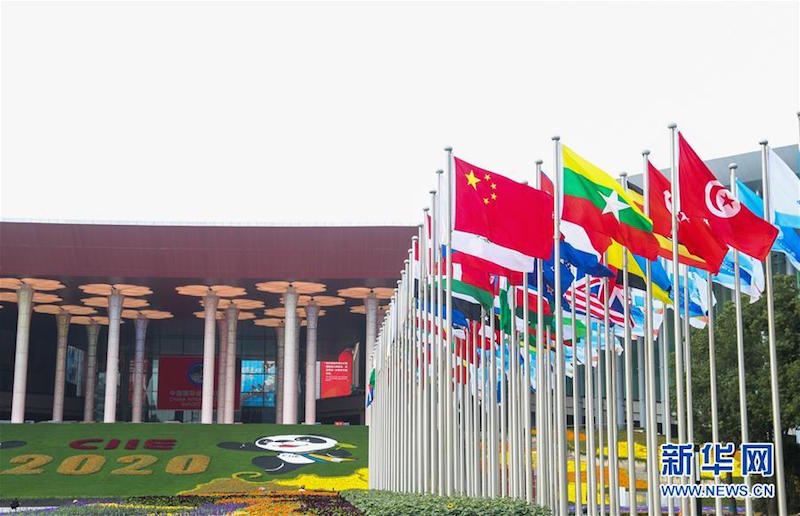 The south square of the National Exhibition and Convention Center (Shanghai), the venue for the third China International Import Expo in east China’s Shanghai. (Xinhua/Ding Ting)

Impacted by the COVID-19 pandemic, international trade and investment suffered draconian contraction. The disease severely blocked the flow of personnel and goods, hindered the global industrial and supply chains, and threw the world economy into the most severe recession since the end of World War II.

By coordinating epidemic control, economic and social development, China turned its growth positive and put itself back on track for steady development.

International organizations, including the International Monetary Fund, predicted that China would be the only major economy to achieve positive growth in 2020, and the country would contribute over 1/3 to global growth in 2021.

Ensuring strict pandemic control measures, China launched a series of major global events, such as the China International Fair for Trade in Services, the China Import and Export Fair, the China International Import and Export Exhibition, and the China-ASEAN Expo.The country also released a slew of measures and policies to expand opening up to build an open world economy and share development opportunities with concrete actions. 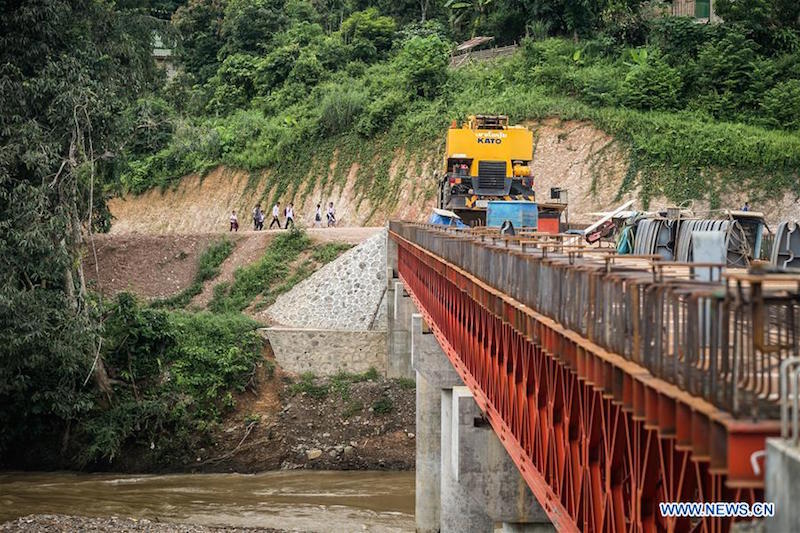 China has completed its poverty alleviation goals as scheduled after eight years of efforts, lifting all rural impoverished population and all impoverished counties out of poverty. Eradicating absolute poverty and overall regional poverty, nearly 100 million people in the country bid farewell to poverty.

China achieved the goal of eliminating absolute poverty set by the UN 2030 Agenda for Sustainable Development 10 years ahead of schedule, which was hailed as one of the greatest accomplishments ever in human history by UN Secretary-General Antonio Guterres. The Secretary-General said China is a record keeper in poverty reduction, and the country's targeted poverty alleviation philosophy was incorporated into the documents of the UN Assembly. 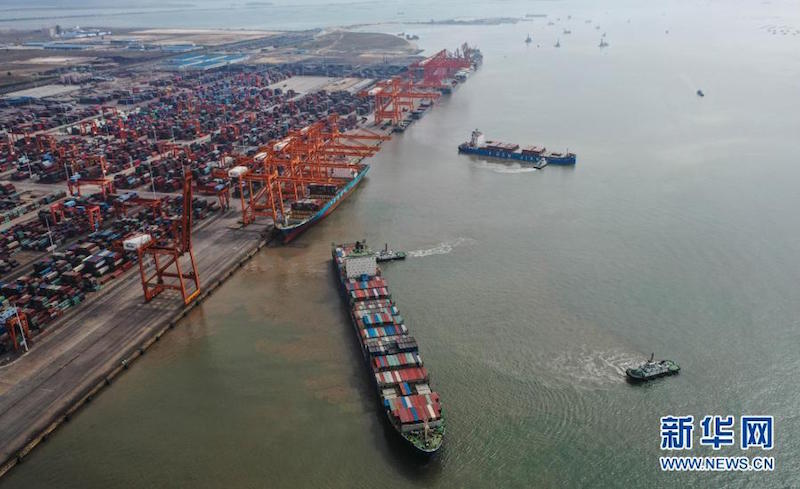 Beibu Gulf Port in south China's Guangxi Zhuang Autonomous Region handled over 5 million TEUs (twenty-foot equivalent units) in 2020. The port has opened 52 trade routes to domestic and overseas destinations, reaching more than 150 ports in over 70 countries, including those of the RCEP members. (Photo/Xinhua)

The RCEP (Regional Comprehensive Economic Partnership) agreement was signed on Nov. 15, 2020, marking the official start of a free trade zone that involves the largest population, features the most diverse members and enjoys massive development potential. It is a milestone for regional economic integration and a benchmark for global opening up.

The signing of the deal is not only a symbolic and meaningful achievement in East Asia, but also a victory of multilateralism and free trade when trade protectionism, unilateralism and COVID-19 are constantly impacting the global economy. It will forcefully promote the recovery of the regional economy, inject new impetus to regional prosperity, and become an important engine driving global growth. 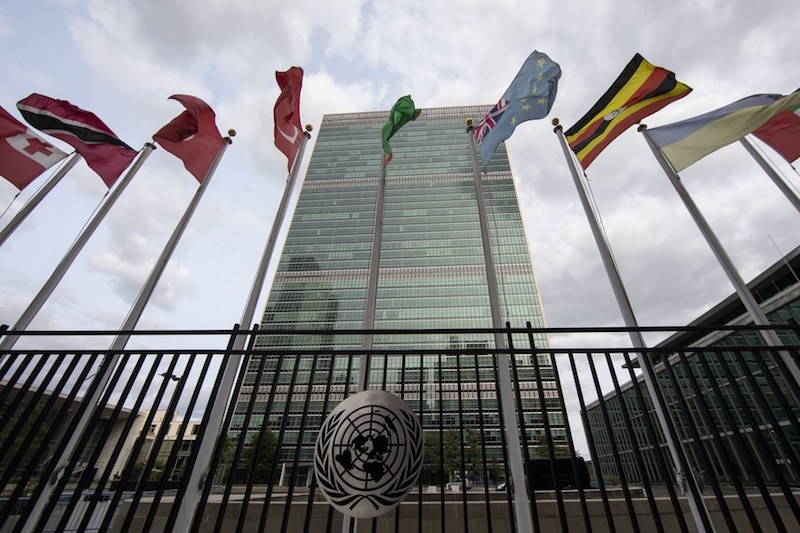 Photo taken on Sept. 14, 2020 shows the outside view of the United Nations headquarters in New York, the United States. (Xinhua/Wang Ying)

The high-level meeting to commemorate the 75th UN anniversary was held on Sept. 21, during which a declaration was adopted to stress the significance of multilateralism and international cooperation, reaffirming the organization's commitment to sustainable development, environmental protection, peace, justice, gender equality, etc.

Chinese President Xi Jinping delivered an important speech at the meeting, saying the UN must stand firm for justice, uphold the rule of law, promote cooperation, and focus on real action. 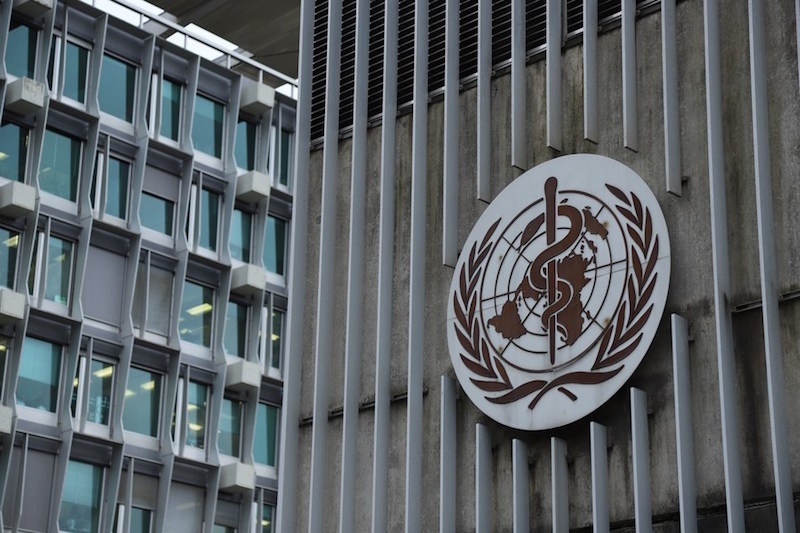 Photo taken on Jan. 30, 2020 shows the headquarters of the World Health Organization (WHO) in Geneva, Switzerland. (Xinhua/Chen Junxia)

On July 6, the U.S. officially informed the UN that it will quit the WHO in July 2021. This decision undermines international efforts to combat COVID-19 and brings severe threats to global public health security. The country withdrew from the milestone Paris Agreement on Nov. 4, becoming the only contracting party to quit, dropping out of the Treaty on Open Skies on Nov. 22. Such practices seriously damage international justice, as well as global peace, stability and development. The racial tension, political polarization and wealth gap of the U.S. is gradually unraveling the American society. 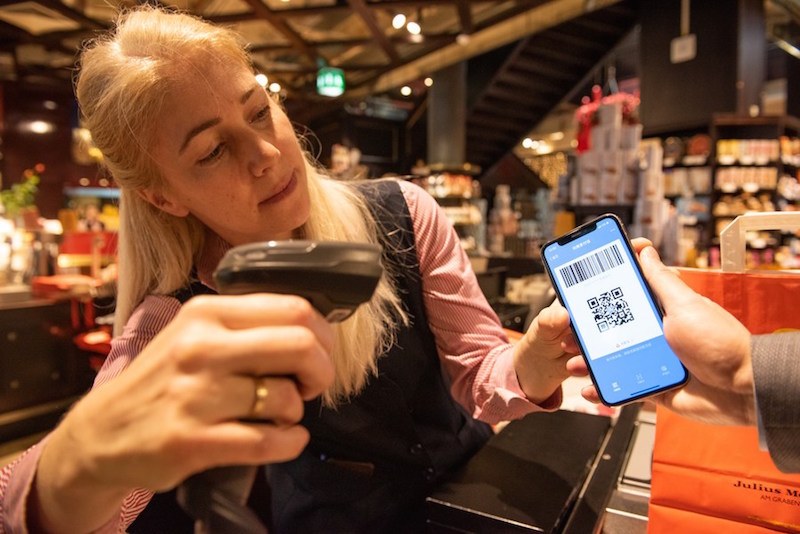 A staff member scans a QR code from a customer's Alipay app at Julius Meinl, a coffee shop in Vienna, Austria, on Jan. 9, 2020. (Xinhua/Guo Chen)

The Leaders' Declaration of G20 Riyadh Summit, issued on Nov. 22, said connectivity, digital technologies, and policies have played a key role in strengthening response to the pandemic and facilitating the continuation of economic activity. The COVID-19 pandemic further accelerated the digitalization of the global economy, giving rise to new technologies such as 5G, AI and smart cities, as well as new businesses and platforms. They have built a new path for economic development.

The European Data Protection Supervisor presented its 2020-2024 Strategy "Shaping a Safer Digital Future: a new Strategy for a new decade" on June 30, to enhance data security and protect personal privacy. China also launched the Global Initiative on Data Security on Sept. 8, raising constructive ideas on and solutions to government and enterprises' code of conduct in dealing with data security. It is the first international initiative in the field of data security, and is conducive to enhancing governance and cooperation of global data security.

8. Achievements made by countries in space projects 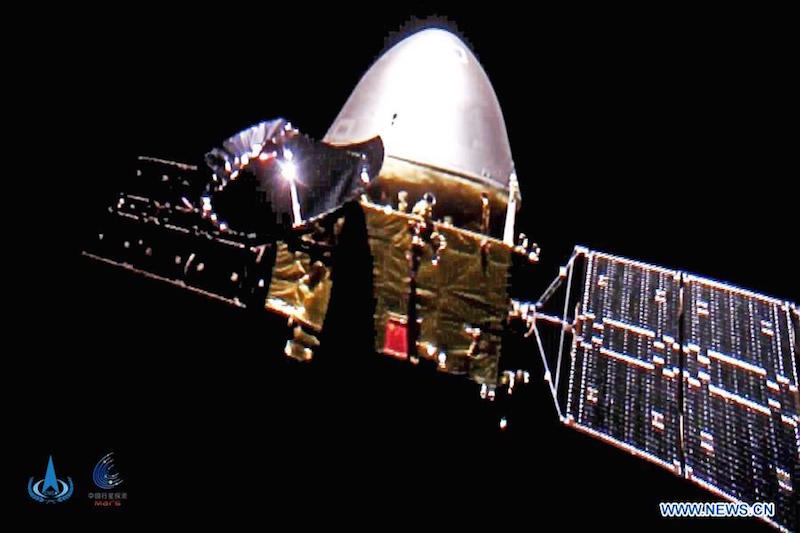 On Dec. 17, China's Chang'e-5 probe touched down on Earth, bringing back the country's first samples collected from the moon.

The illuminated Olympic rings, Rainbow Bridge and Tokyo Tower are seen in the Tokyo Bay area on Dec. 1, 2020. (Xinhua/Du Xiaoyi)

The Tokyo 2020 Olympic Games was delayed due to the COVID-19 pandemic, the first time that the Games were postponed due to a non-war reason. Relevant parties said the event will be hosted in the summer of 2021. The postponement has led to an extra expense of 294 billion yen ($2.8 billion), expanding the total budget by around 22 percent. At present, how the Games will be held still faces huge challenges and uncertainties given the shadow of the pandemic, though the government of Tokyo promised to do whatever it can to guarantee the security of the event.

10. Natural disasters occurred frequently, sounding alarm for the world to cope with climate change in solidarity 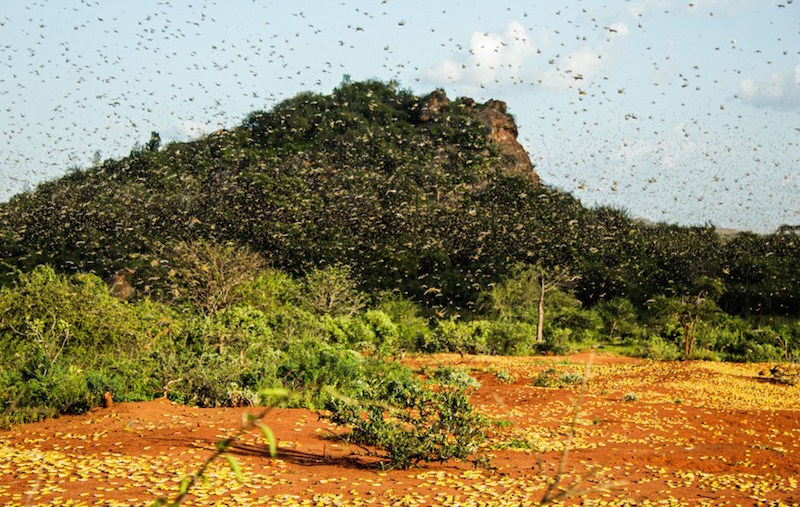