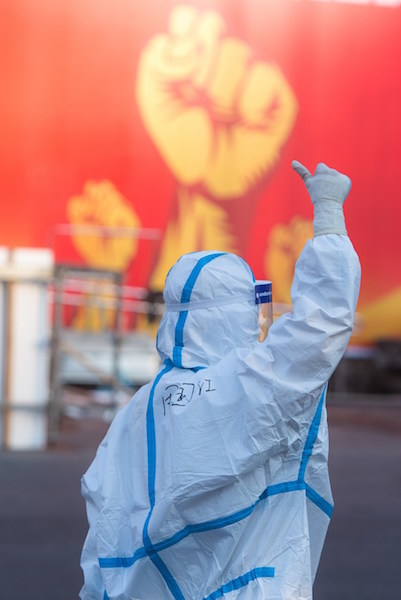 Though the year 2020 marked an extremely unusual year for China, the country has made significant achievements this year.

This year, China was faced with mounting challenges in political, economic, cultural, military, social and international fields, and suffered natural disasters as well.

However, the country, led by the Central Committee of the Communist Party of China (CPC) with Comrade Xi Jinping at the core, stood up to the challenges and difficulties, providing a satisfactory example for the world to see.

In 2020, China has secured major achievements in the fight against the outbreak of the COVID-19 epidemic, led the national economy to return to positive growth from a negative one, accomplished the goals set for poverty alleviation, maintained social stability, drawn a successful conclusion to the 13th Five-Year Plan, and made great historic achievements in the building of a prosperous society in all respects.

The example China set manifests the strong leadership of the CPC, the unyielding spirit of the Chinese people, and the notable advantages of socialism with Chinese characteristics.

The year 2021 is the first year of implementing the 14th Five-Year Plan, the first year for the country to embark on a new journey of building a socialist modern country in an all-round way, and also the 100th anniversary of the founding of the CPC.

The country will keep moving forward tirelessly and fearlessly, so as to write a glorious chapter of the time and deliver a bigger miracle that will draw worldwide attention.

The following are the top 10 China news events of the year selected by the People’s Daily.

Faced with the COVID-19 outbreak, the CPC Central Committee, with Comrade Xi Jinping as the core, oversaw the general situation, acted decisively, and employed extraordinary measures to deal with such an extraordinary emergency.

Putting people's interests and lives first, China has contained the rising spread of the virus in a little more than a single month. In around two months, the daily increase in domestic coronavirus cases fell to single digits; in approximately three months, a decisive victory was secured in the battle to defend central China's Hubei province and its capital city of Wuhan, both hit hardest by the epidemic. The country has effectively contained sporadic outbreaks.

At a meeting commending role models in China's fight against the epidemic on Sept. 8, President Xi Jinping, who is also the general secretary of the CPC Central Committee, summarized the features of China's spirit in combating the COVID-19 epidemic as—putting people's lives first, nationwide solidarity, sacrifice, respecting science and a sense of mission for humanity. 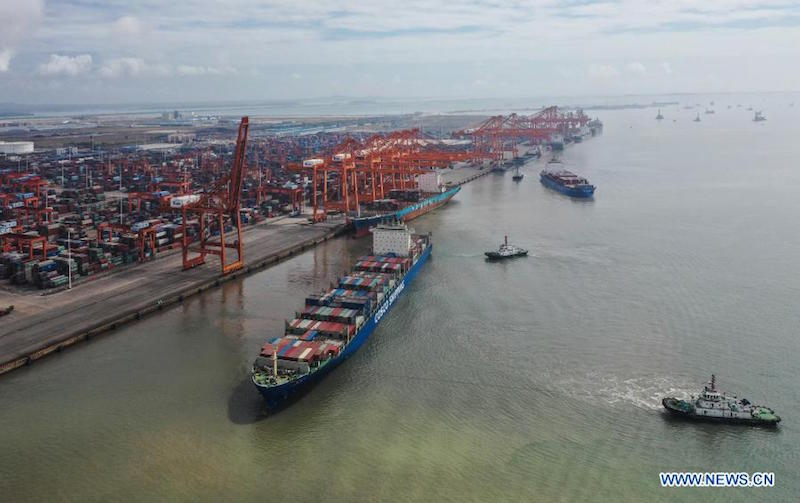 According to statistics released by the National Bureau of Statistics on Oct. 19, China's GDP expanded 0.7 percent year-on-year in the first three quarters of 2020, returning to growth. The GDP fell 6.8 percent in the first quarter, grew 3.2 percent in the second quarter, and rose 4.9 percent in the third quarter, marking China as the world’s only major economy with positive economic growth in 2020.

The driving force for such growth is the country’s establishment of a "dual circulation" development pattern in which the domestic economic cycle plays a leading role while the international economic cycle remains its extension and supplement.

The Central Committee of the CPC, with Comrade Xi Jinping at its core, has led the whole country to take swift actions to prevent and control the COVID-19 epidemic, while pushing for the economic and social development.

3. China issues a blueprint for the next five years, also known as the 14th Five-Year Plan 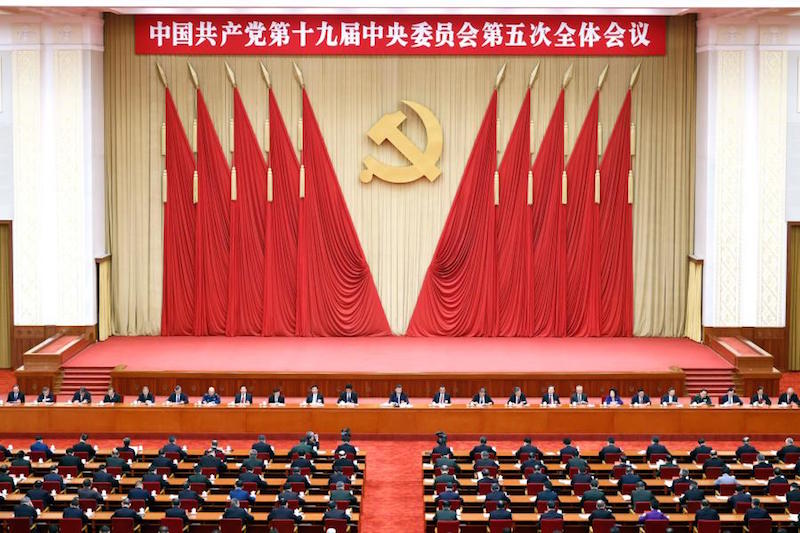 The fifth plenary session of the 19th Central Committee of the Communist Party of China (CPC) is held in Beijing, capital of China, from Oct. 26 to 29, 2020. (Xinhua/Liu Bin)

The fifth plenary session of the 19th Central Committee of the CPC, held from Oct. 26 to 29, proposed major social and economic development targets for the 14th Five-Year Plan (2021-2025) for National Economic and Social Development and the Long-Range Objectives Through the Year 2035. Chinese President Xi Jinping made an explanatory speech at the meeting.

With China at a historic juncture, marching toward accomplishing the two centenary goals, the meeting is of great significance for mobilizing the whole Party and the country to conquer various risks and challenges along the road forward, making a good start for building a modern socialist country in all respects.

4. China accomplishes the task of poverty alleviation, lifting all impoverished counties out poverty 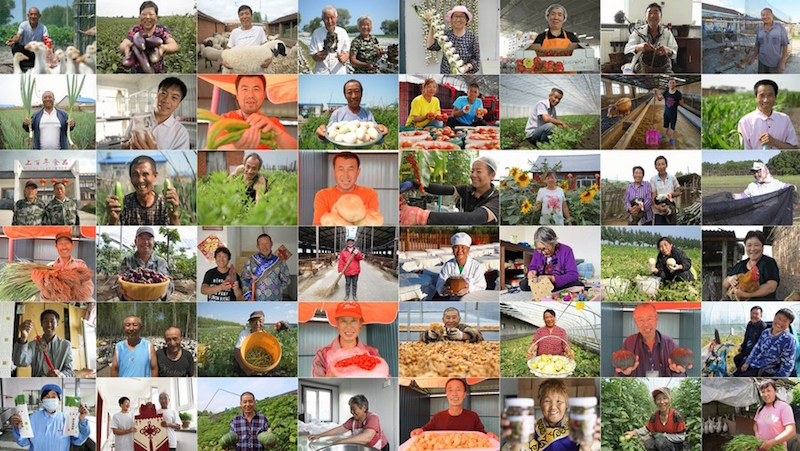 Combo photo taken between July and October 2020 shows villagers, who used to be registered as impoverished households in over 20 cities and counties of northeast China's Heilongjiang Province, smiling as they have benefited from the poverty alleviation industry. (Xinhua)

The last nine impoverished counties, all in southwest China's Guizhou province, eliminated absolute poverty, the Guizhou provincial government announced on Nov.23, which signifies all 832 registered poor counties in China have been lifted out of poverty.

Under the policy of targeted poverty alleviation proposed by President Xi Jinping, China accomplished the poverty reduction target as planned after eight years of continuous efforts.

While eliminating poverty, the CPC Central Committee has always put the people in first place and focused on leading impoverished people and people of all ethnic groups in the country into a well-off society and an affluent life. 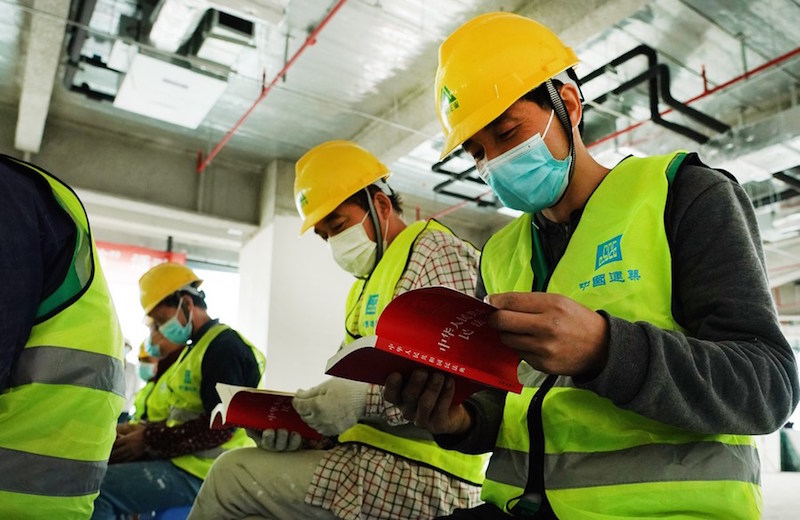 Xi Jinping Thought on the Rule of Law represents the latest achievement in adapting Marxist theories on the rule of law to the Chinese context, serving as the fundamental guideline for law-based governance in China.

During the conference, Chinese President Xi Jinping summarized the achievements that China has made since 2012, expounded his views on the socialist rule of law with Chinese characteristics in the new era, and charted the way forward for comprehensively advancing the rule of law in China. 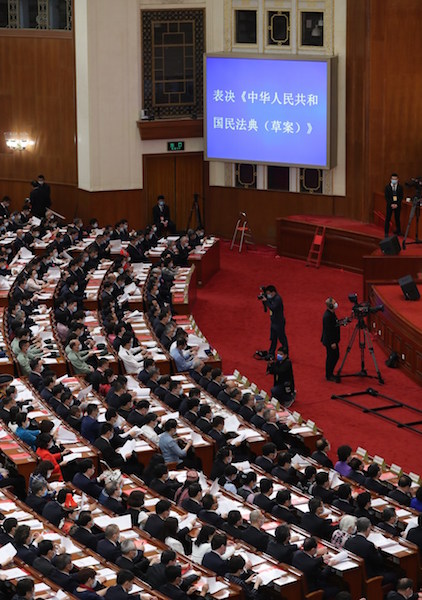 Chinese lawmakers vote on the draft civil code at the third session of the 13th National People's Congress in Beijing, capital of China, May 28, 2020. (Xinhua/Ding Haitao)

China’s Civil Code was adopted on May 28 at the third session of the 13th National People’s Congress, the top legislature, and takes effect on Jan. 1, 2021.

While preparing the draft, the legislature sought public opinions on 10 occasions, receiving over 1 million online comments and suggestions from around 425,000 people.

As the first law to carry the title “code” for the People’s Republic of China, the Civil Code is a milestone in implementing law-based governance and developing the socialist legal system with Chinese characteristics. It will establish a more complete system of civil rights for China’s reform, opening-up, and socialist modernization in the new era.

On Oct. 14, China celebrated the 40th anniversary of Shenzhen Special Economic Zone (SEZ) in the southern city of Shenzhen. President Xi Jinping attended the gathering and delivered an important speech.

On Nov. 12, President Xi Jinping attended a grand gathering to celebrate the 30th anniversary of the development and opening-up of Shanghai's Pudong and delivered an important speech.

The achievements of Pudong over the past 30 years offer the most telling evidence of the strength of the system of socialism with Chinese characteristics, and are a vivid demonstration of the country's reform, opening-up and socialist modernization, Xi noted.

8. China holds a meeting marking the 70th anniversary of the Chinese People's Volunteers army entering the Democratic People's Republic of Korea to fight in the War to Resist U.S. Aggression and Aid Korea

An exhibition commemorating the 70th anniversary of the Chinese People’s Volunteers‘ entering the Democratic People’s Republic of Korea to fight in the War to Resist U.S. Aggression and Aid Korea was held in the Military Museum of the Chinese People’s Revolution on Oct. 25. The photo shows veterans who participated in the war communicate with each other. (People‘s Daily Online/Zhang Wujun)

On Oct. 23, China held a meeting marking the 70th anniversary of the Chinese People's Volunteers (CPV) army entering the Democratic People's Republic of Korea to fight in the War to Resist U.S. Aggression and Aid Korea at the Great Hall of the People in Beijing, capital of China.

In his speech addressing the meeting, President Xi Jinping said the victory served as a declaration that the Chinese people have stood firm in the East, and is an important milestone in the Chinese nation's march toward great rejuvenation.

Urging the Chinese people to carry forward the spirit of the CPV army in the new era and strive to achieve national rejuvenation, Xi also lauded the great patriotism demonstrated by the CPV army in their battle against a powerful enemy. The tenacity forged during the war will inspire the Chinese people and the whole nation to overcome all challenges and difficulties.

9. Law of the People's Republic of China on Safeguarding National Security in the Hong Kong Special Administrative Region takes effect 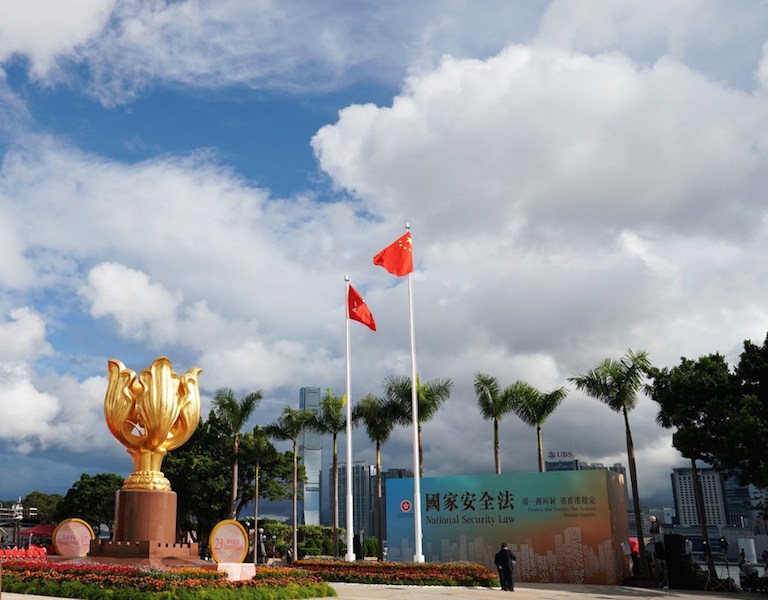 On June 30, the Standing Committee of the 13th National People's Congress passed the Law of the People's Republic of China on Safeguarding National Security in the Hong Kong Special Administrative Region (HKSAR) and adopted a decision to list the law in Annex III to the HKSAR Basic Law to be enacted.

As a major move of the central people's government to manage Hong Kong affairs since its return to the motherland, the law will fully and faithfully implement the principle of “one country, two systems” and the HKSAR Basic Law, help safeguard national sovereignty, security and development interests, maintain Hong Kong's lasting prosperity and stability, and ensure the long-term stability of "one country, two systems,” bearing both practical and historical significance.

On July 3, the Committee for Safeguarding National Security in the HKSAR was established as required by Article 12 of the national security law, a HKSAR government spokesperson said.

The Office for Safeguarding National Security of the Central People's Government in the HKSAR was inaugurated in Hong Kong on July 8. 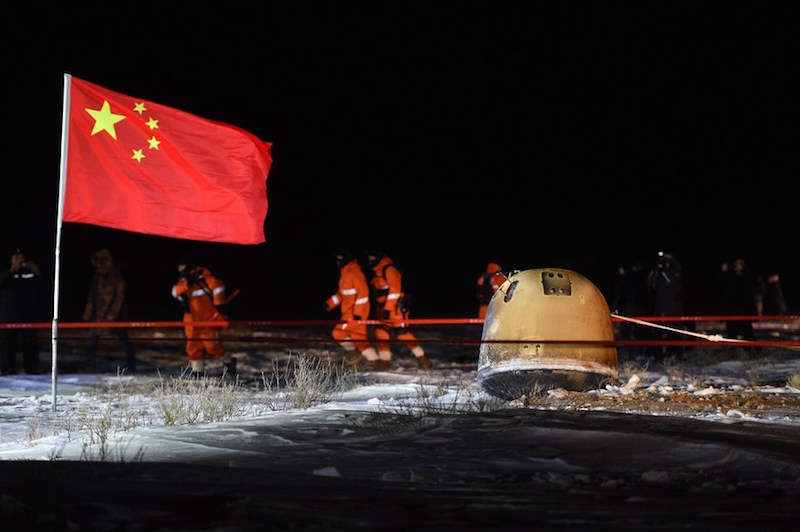 On May 5, carrier rocket Long March 5B made its maiden flight, and on July 23, China launched its first Mars exploration mission Tianwen-1, marking the country's first step in planetary exploration. With the completion of global deployment of Beidou Navigation Satellite System on July 31, China became the third country in the world to independently own a global navigation satellite system. China’s deep-sea manned submersible Fendouzhe, or Striver, returned to Sanya in south China’s Hainan province on Nov. 28, after completing 10,000-meter sea trials. The HL-2M Tokamak, a new generation nuclear fusion reactor research facility, went into operation on Dec.4. With the return capsule of China's Chang'e-5 lunar probe returning to Earth with samples collected from the moon on Dec. 17, China's current three-step lunar exploration program, which includes orbiting, landing on the moon, and bringing back samples, was completed as scheduled.