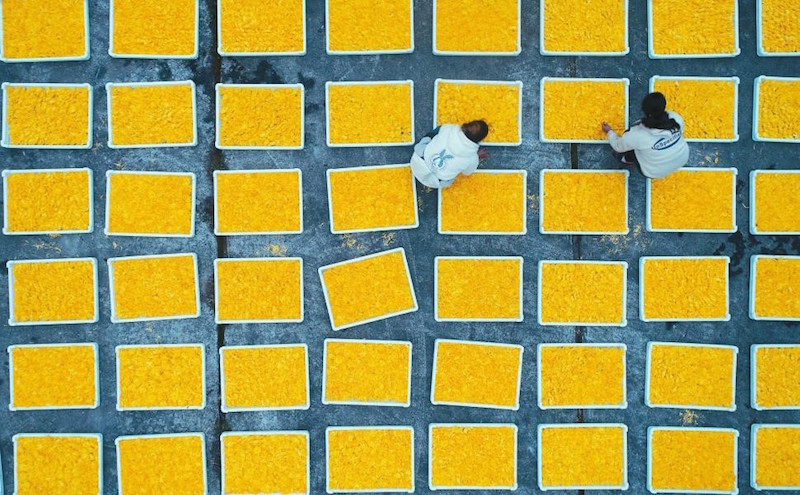 In the face of compounded challenges of the COVID-19 pandemic, a teetering global economy and other dire planetary, such as climate changes, have raised a question to the Chinese authorities: can the country keep its promise to eradicate extreme poverty by the end of 2020?

The question was answered on Dec. 4 by Chinese President Xi Jinping, who noted that China has accomplished its poverty alleviation target of the new era as scheduled and achieved a significant victory that impresses the world.

Growing from an underdeveloped nation to the world’s second largest economy, China has lifted a total of over 700 million of its people out of poverty over the past 40-plus years of reform and opening up, contributing to over 70 percent of global poverty reduction.

Lifting people out of poverty is among the primary and necessary steps to guarantee their most fundamental human rights, improve social equality and stability, and pursue inclusive development. China’s achievement of poverty alleviation has brought valuable experience to other developing countries.

“Poverty plagues so much of this world of ours, including the U.S., where there are people living in abject poverty. The fact that China has made great effort to solve it is really a tremendous achievement, the elimination of extreme poverty is one of the most important details of China’s opening and reform,” John Batchtell, former National Chair of the Communist Party USA, told People’s Daily in a previous interview.

Though China has resolved its millennia-old issue of extreme poverty, the Chinese people's pursuit for a better life is far from over. Winning the battle against poverty is the landmark indicator for building a moderately prosperous society in all respects, the country’s first centennial goal.

In an explanatory speech in November on the CPC Central Committee's proposals for formulating the 14th Five-Year Plan (2021-2025) for National Economic and Social Development and the Long-Range Objectives Through the Year 2035, Chinese President Xi Jinping said China can achieve the goal to complete the building of a moderately prosperous society in all respects on schedule.

According to the president, it remains the Party's firm commitment to the people to comprehensively building a moderately prosperous society of a higher level for the benefit of more than one billion people by the time the CPC marks its 100th founding anniversary.

In 2020, China's gross domestic product (GDP) is expected to exceed 100 trillion yuan, people's living standards have significantly improved, all of the rural impoverished population have been lifted out of poverty by current standards, and the development targets set in the country's 13th Five-Year Plan have been attained on schedule.