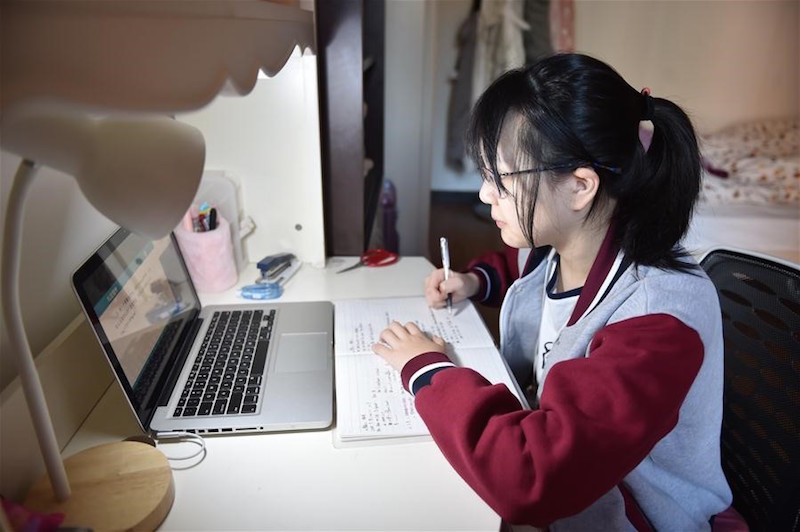 Student Huang Yahui takes an online course at her home in Fengtai District of Beijing, capital of China, Feb. 17, 2020. The beginning of the spring semester of 2020 in Beijing is delayed due to the novel coronavirus epidemic. Middle and primary school students in Beijing, under the instruction of teachers, started to take online supplementary courses on Feb. 14, the original starting date of the spring semester. (Xinhua/Chen Zhonghao)

During the first months of 2020, the COVID-19 pandemic forced people to stay indoors as much as possible. In certain cities which were recognized by health authorities as high-risk areas, quarantine and home-isolation were imposed on citizens to avoid unnecessary contact.

For many who believed that being home with their kids could strengthen the parent-child bond, the ruthless facts have completely overturned their rosy imagination. Countless videos of parents going berserk after tutoring their kids went viral online, while pictures of chaos and mess made by little “Wreck-It Ralphs” amused netizens. A new Internet buzzword, “神兽,” which originally referred to mythological animals, is now used to describe energetic and destructive kids.

To be kept home for months, the education of those naught kids has become a major concern of the government. In February, China’s Ministry of Education and Ministry of Industry and Information Technology launched a national online education platform to facilitate the continued learning of its 180 million middle and primary school students who have been confined to their homes amid the novel coronavirus outbreak, covering the 31 provincial-level regions on the Chinese mainland.

Nearly 2.1 billion visits had been paid to the platform's website as of May, while the platform has been upgraded to further enrich its resources, which features 10 sections including studying courses, epidemic prevention education, mental health education and classic literature. 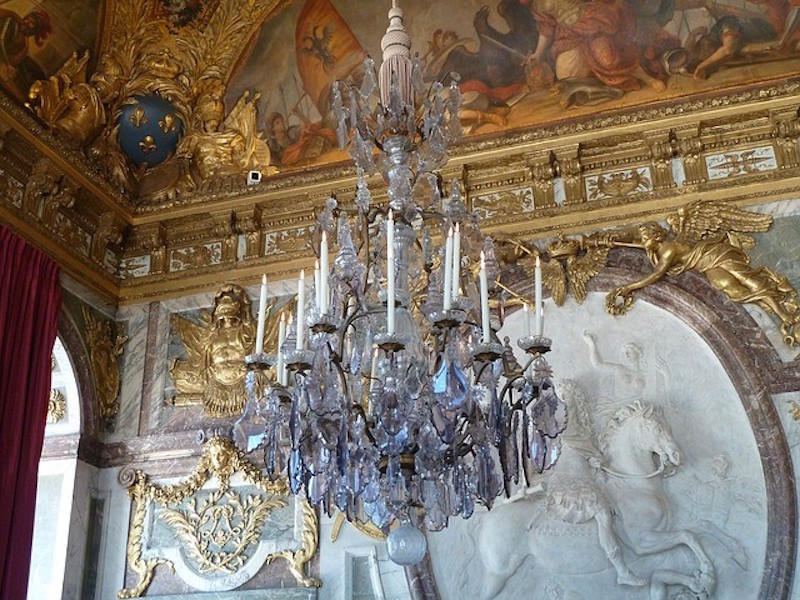 The Palace of Versailles was the principal royal residence of France from 1682. With more than 2,000 rooms featuring elaborate gardens, fountains, a private zoo, roman-style baths and even 18th-century elevators, it has become a symbol of extravagance and luxury. (Pixabay)

Compared to kids who vented their excessive energy on home-destruction, adults are holding online competitions imitating “Versailles-style words” to describe the flamboyant and extravagant lives they wish to have as an amusement.

Similar to the term “humblebrag,” originally coined to mock celebrities on Twitter who complain and brag at the same time, “Versailles Literature” is being used by Chinese netizens on social media to describe literary content which pretends to inadvertently show off one’s privileged life, and the phrase has soon become one of the most popular internet slangs in 2020.

“The pandemic has brought us quite a lot of pain. Versailles literature has provided us a channel to make positive jokes about our miseries, as well as showing the desirable life we want,” said Weibo user Chris Tonnes (screen name), who added that Versailles literature has also made people realize that family, friendship and love are more important than any other things in the world, especially during the pandemic. 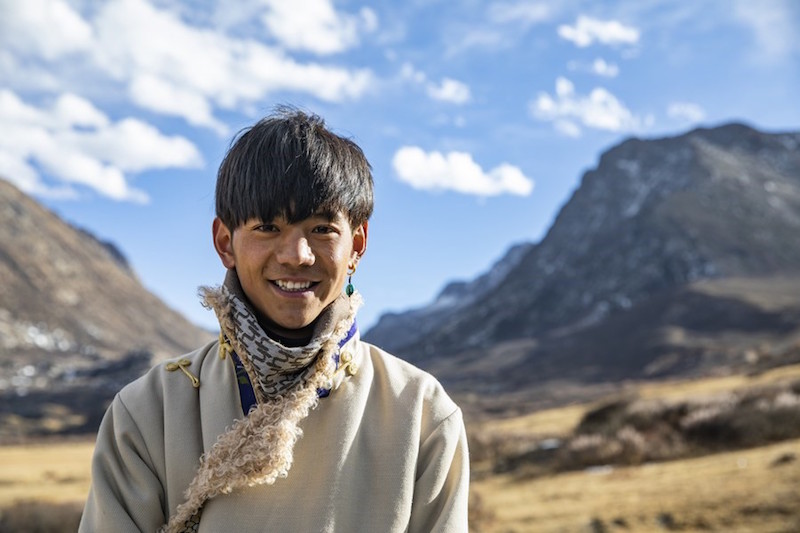 Tamdrin is pictured on his way home from the county seat of Litang, the Tibetan Autonomous Prefecture of Garze, southwest China's Sichuan Province, Dec. 2, 2020. (Xinhua/Shen Bohan)

Versailles literature may give netizens a chance to joke around and dispel the negativity caused by COVID-19, but it is Tamdrin, a 20-year-old Tibetan herder, whose innocent smile brings the public real happiness and warmth.

In November, a 7-second video featuring smiling Tamdrin went viral, making him the latest social media sensation in China. In the video, Tamdrin was holding his beloved horse, with a background of vast grassland and magnificent mountains. According to his fans, what makes Tamdrin stand out from other internet celebrities is not just his "sweet and wild" look, but his innocence and sincerity have also made legions of Chinese urbanites eager for a closer look at his home.

“Before the pandemic, I was so busy earning money, forgetting to take care of my family and myself. After seeing Tamdrin’s video, I was touched by his smile and his love for his hometown. The best life experience is always simple and innocent, not the extravagant things we always crave for, it is Tamdrin who reminded me of that,” said Little-Elf (screen name), Tamdrin’s Weibo follower.

For more stories of cultural events held in China during the pandemic, check here:Harmony and coexistence: Speech contestants share stories of learning Chinese