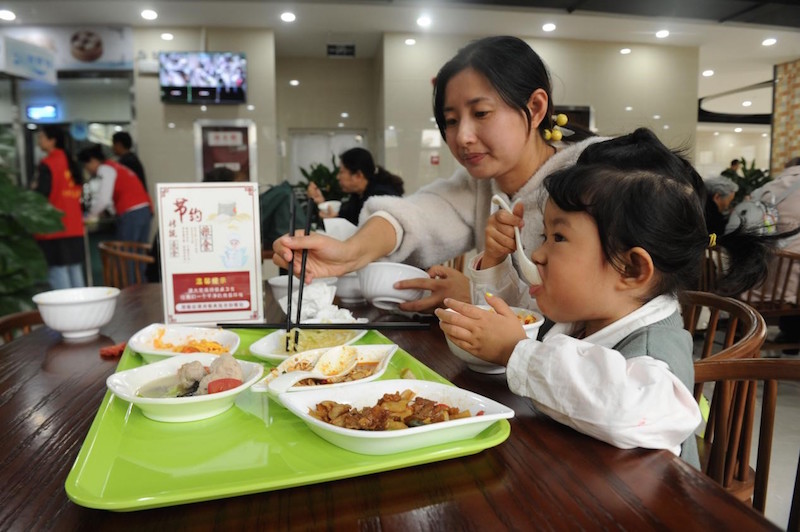 Many communities in China have set up canteens for residents in recent years. Small as they are, these canteens offering affordable meals have become a convenience for residents living nearby.

Zhao Meng, a white-collar worker in Longhua district, Shenzhen, south China's Guangdong province, has lunch in a community canteen near the office building he works in almost every day.

"It's cheap and convenient, and I can have time to take a nap in my office after lunch," Zhao said.

A chicken and water spinach combo platter in the canteen for only 10 yuan ($1.53).

Just like ordering takeout food, community canteens could save residents from the chore of cooking. They could also give customers a public space to socialize with others, something missing in ordering takeouts. 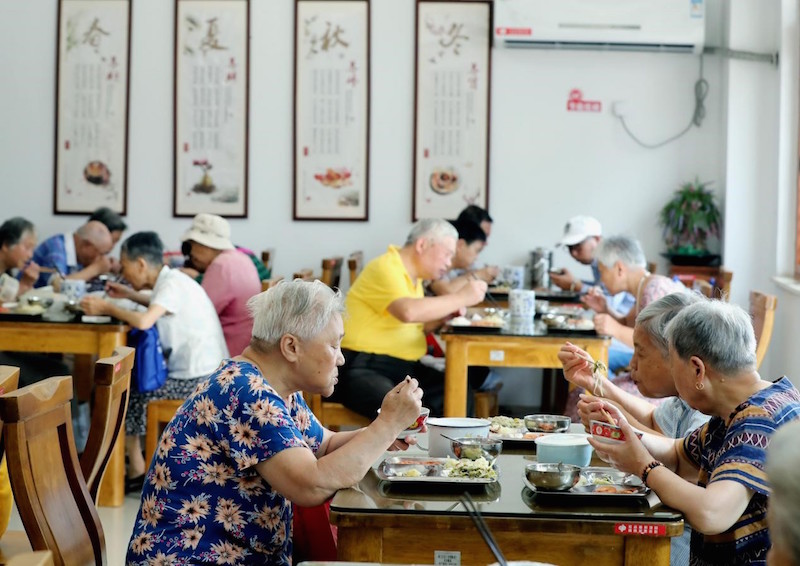 "In community canteens, people can have meals and chat with neighbors, acquaintances in the neighborhood, as well as their colleagues and friends, which brings back memories of the past when neighbors often gathered and ate together in a yard," said a retired professor surnamed Wang.

As a frequenter of community canteens himself, Wang not only meets old friends in the canteens, but has got new friends there.

As community canteens satisfy the dining needs of a considerable amount of residents, they have emerged as an important dining mode and been introduced to more and more neighborhoods.

This year, cities in China have formulated plans to renovate 39,000 old residential communities, many of which have listed building community canteens as a must for the renovation.

A survey conducted on over 2,000 residents in Jinsong North Community in Chaoyang district, Beijing, showed that the respondents considered setting up community canteens and dealing with residents' need for more convenient food as the third most important issue among their dozens of requirements, said Chen Bo, secretary of Party committee of the community.

According to Chen, 40 percent of the residents of Jinsong North Community are above the age of 60. Some of them need to take care of their grandchildren and have no time or strength to cook.

For the elderly who live alone, cooking is not only troublesome, but could also be dangerous.

Chen added that 37 percent of the residents are young people, who usually don't have time to cook either, due to the pressure of work and the fast pace of life.

Community canteens are indeed a good choice for cheap and quality meals, he concluded.

Many residents believe that such canteens have also vitalized communities. Elderly residents are more willing to walk out of the door, thanks to the canteens.

Meanwhile, community canteens have helped cut the living expenses for residents and enabled family members to have more time to better communicate with each other.

As community canteens aim to provide quality food at relatively low prices, they tend not to break even on their own in the early days of their operation, which makes it necessary to seek support from government departments, communities and enterprises.

Many cities have rolled out policies to provide financial support for community canteens, such as operation subsidies and rent reduction or exemption. 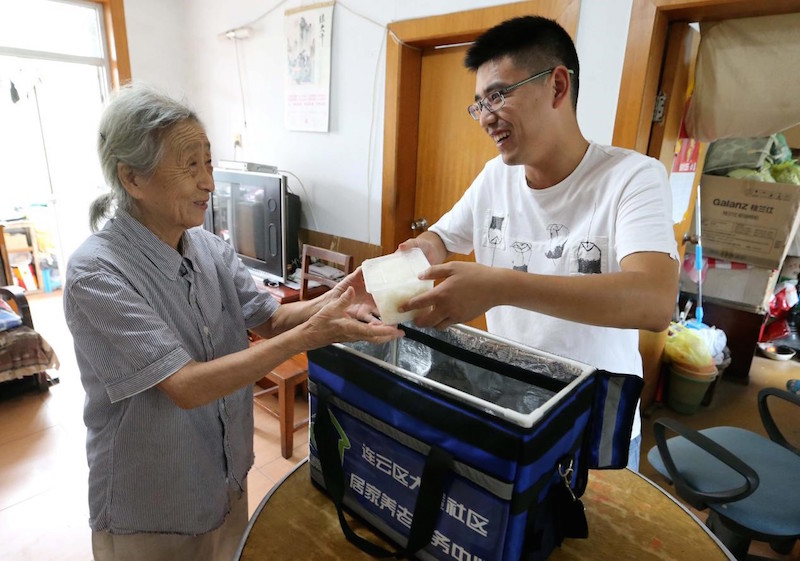 Some cities have allowed canteen operators to use public space in communities for free to ease their burden.

While operations are brought on track and gaining increasing popularity, many community canteens have gradually made small profits and realized sustainable business models based on sound commercial logic of their own.

The development of community canteens requires both the assistance of government departments and more scientific and efficient operation based on the market competition, said Cai Zhibing, an associate professor of economics at the National Academy of Governance.

Only in this way can it be possible to guarantee the high-quality, efficient and long-term operation of community canteens, Cai noted.