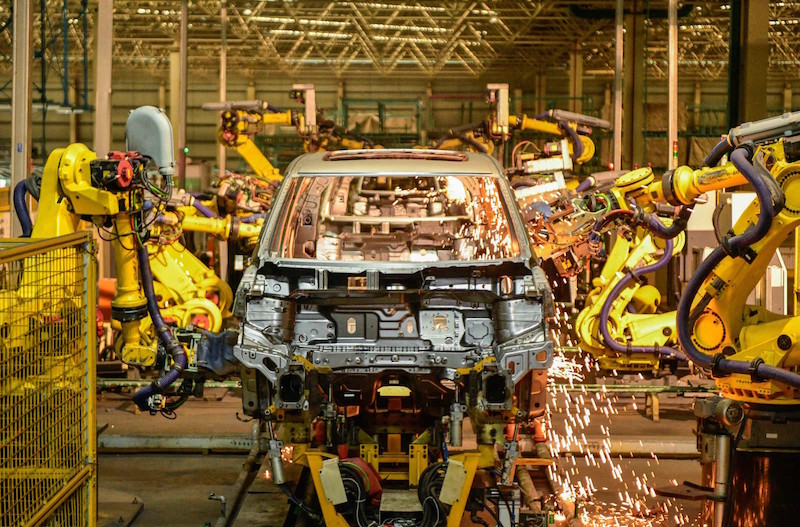 During the 13th Five-Year Plan period (2016-2020), China has given strong impetus to supply-side structural reforms and accelerated the establishment of a new modern industrial system that features a great capacity for innovation, excellence in product quality and service, and synergistic coordination, and is friendly to the environment.

From 2016 to 2019, China’s industrial added value increased from 24.54 trillion yuan to 31.71 trillion yuan, registering an average annual growth of 5.9 percent, much higher than the world’s 2.9 percent during the same period, said Xin Guobin, vice minister of the Ministry of Industry and Information Technology (MIIT).

In 2019, the country’s value-added in manufacturing accounted for 28.1 percent of the world’s total, and the country remained the world’s largest manufacturer for 10 consecutive years, Xin added.

China has also built the world’s largest fiber-optic and 4G networks and topped the global list of transaction volumes in e-commerce and mobile payment.

In a huge pit in the Bayan Obo mining area, the world’s biggest rare earth element mine, in north China’s Inner Mongolia autonomous region, a 6.8-meter-high driverless mining truck with a payload capacity of 170 tons, which can accelerate, back, make a turn and dump materials in specific areas, is busy working.

This is a scene at a smart mining area developed by Baogang Group, a major steel producer in China, and China Mobile, one of the country’s leading telecom operators.

The 5G-based mining area can slash costs of personnel, energy and consumables by 30 million yuan ($4.59 million) each year, achieve intelligent management of production, operation and scheduling, and improve the overall efficiency of the mining area by more than 10 percent.

The Daystar Robot, an industrial robot designed by Lenovo Group, one of more than 5,000 providers of smart manufacturing solutions in China, has been applied to paint China’s first homegrown C919 passenger jet.

It can move to the aircraft’s spare parts and shoot a 3D video with its camera and transmit it to external devices via a 5G network. Wearing AR glasses, the operators can then control the robot through a handheld device to perform painting work. 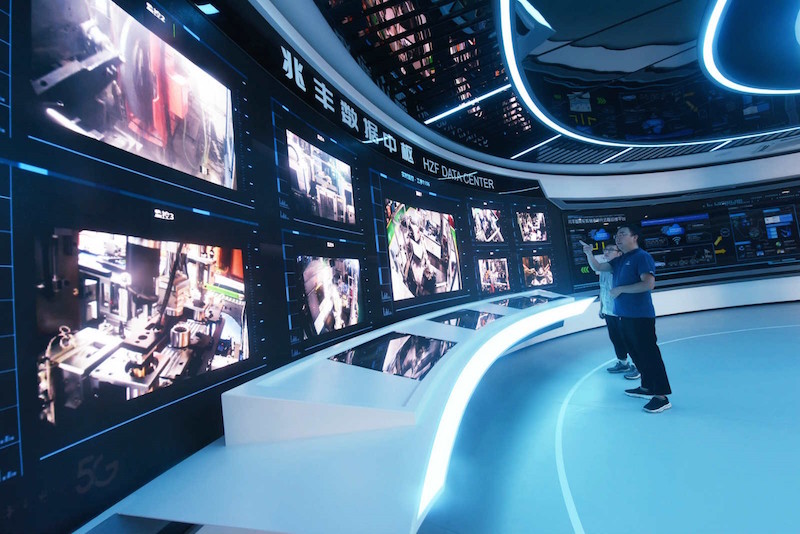 While completing the complex painting work, the robot can also help check the painting quality through computer vision technologies.

Lenovo chairman Yang Yuanqing said that the company began to share its intelligent transformation experience and technologies in 2016.

According to the MIIT’s statistics, China has accelerated the transformation and upgrading of its traditional industries and formed the world’s largest market of smart manufacturing solutions.

By the end of September 2020, the country had built over 70 influential industrial internet platforms, which connected to 40 million sets of industrial equipment. The number of industrial apps had exceeded 350,000.

Meanwhile, the penetration rate of digital tools for R&D and design as well as the numerical control rate of critical processes for enterprises in key areas of the manufacturing industry stood at 72.1 percent and 51.7 percent, respectively.

“So far, China has built more than 670 digital workshops and smart factories that have reached the international advanced level,” Xin said.

After intelligent transformation, they could improve the production efficiency by an average 44.9 percent and the energy utilization by 19.8 percent, cut 25.2 percent of operational costs, shorten 35 percent of the product development cycle, and reduce the products’ defect rate by 35.5 percent, the official added.

It climbed 15 positions on the Global Innovation Index rankings released by the World Intellectual Property Organization to the 14th in 2020 from the 29th in 2015. 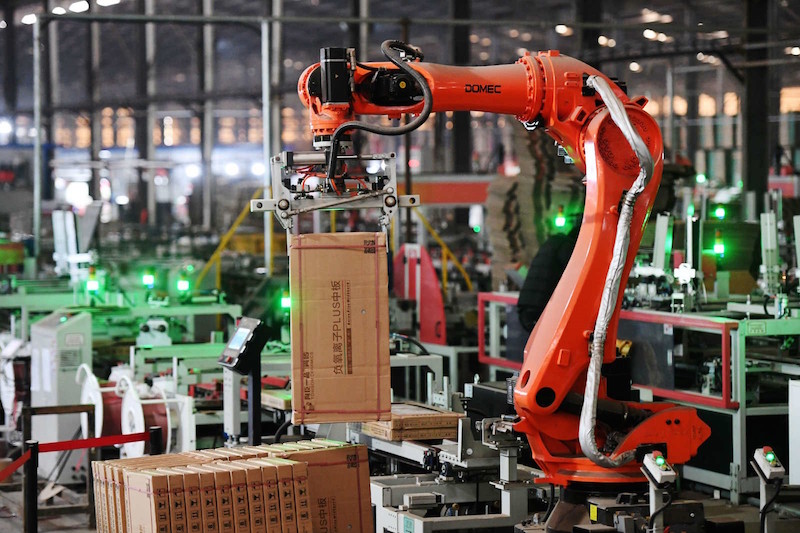