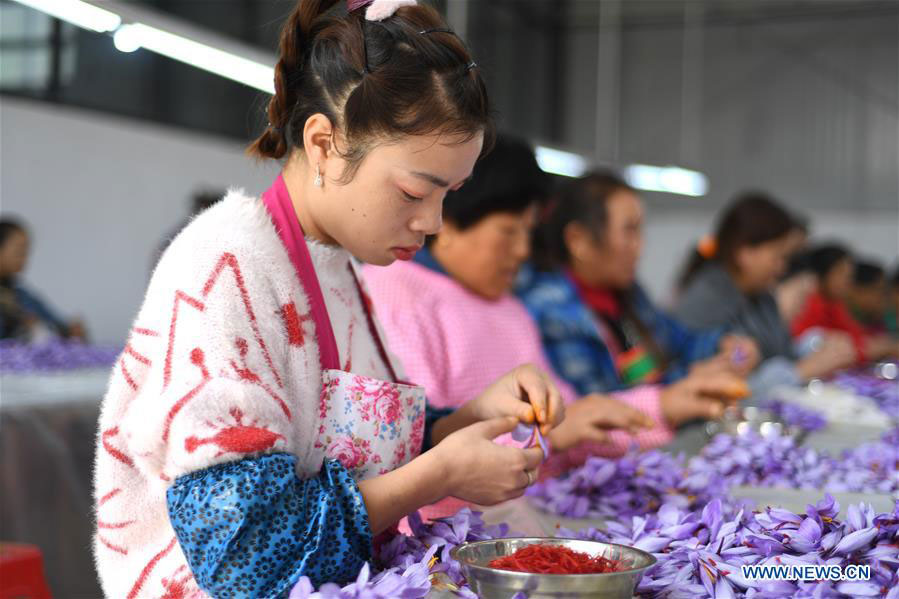 Over 10 million poor people in China have become migrant workers who work outside their hometowns over the past 5 years, with the country witnessing significant progress in using employment as a poverty-alleviation method, according to a press conference held by the State Council Information Office on Nov. 19.

As of the end of October, the number of migrant workers from impoverished households who work outside their hometowns in China reached 29.73 million, a 8.9 percent incease from 2019, disclosed Li Zhong, deputy head of China’s Ministry of Human Resources and Social Security (MHRS).

Li briefed reporters on China’s achievements in alleviating poverty through employment at the press conference, and summarized the measures being taken to boost employment for the impoverished workforce.

The country has rolled out a package of policies and measures to reduce poverty through employment, including providing companies that hire impoverished people with a fixed amount of tax deductions or exemptions, subsidies for recruiting poor people, social insurance subsidies, and guaranteed loans and interest subsidies for startup firms that recruit poor people, Li said.

The country has accumulatively established 32,688 poverty alleviation workshops, which have recruited 437,000 people from poor households, Li said, adding that more than 410,000 “shaking off poverty and becoming rich” role models have been cultivated in China, helping increase incomes for 4.06 million poor people across the country.

More financial support, favorable policies, and services have been channeled to areas of extreme poverty such as the “three regions and three prefectures”, (“three regions” refers to Tibet, four prefectures of southern Xinjiang—Hotan, Aksu, Kashi, and the Kirgiz Autonomous Prefecture of Kizilsu, and the areas of Sichuan, Yunnan, Gansu, and Qinghai provinces with large Tibetan populations; the “three prefectures” are Liangshan in Sichuan, Nujiang in Yunnan, and Linxia in Gansu.)”, 52 counties that have not yet shaken off poverty, poverty-relief relocation sites, and central China’s Hubei province, which was hit particularly hard by the COVID-19 pandemic, Li explained.

Over the past 5 years, poor families in China have seen their income from wages and salaries continuously rising year after year. At present, two thirds of the country’s poor households have migrant workers, and about two thirds of these households’ incomes are earned by family members working outside their hometowns.

Trans-regional and trans-provincial labor service cooperation has played an important role in the country’s efforts to promote employment for poor households.

In labor service cooperation among different provinces, provinces in the eastern areas of the country provide information on demand for workers and relevant requirements, and provinces in central and western regions of China organize targeted training according to the demand and then export labor.

Of all the migrant workers in Ningbo, 315,000 are from registered poor households in the central and western regions of China, Chen said.

The city has not only helped bring these migrant workers from their hometowns to suitable posts, but also ensured that they can enjoy stable employment in the city through measures including offering subsidies to enterprises for stabilizing employment, Chen disclosed.

Under the guidance of the MHRS, 6 provincial-level regions in east China, including Shanghai municipality and Guangdong province, have made efforts to help Hubei province promote employment for poor people.