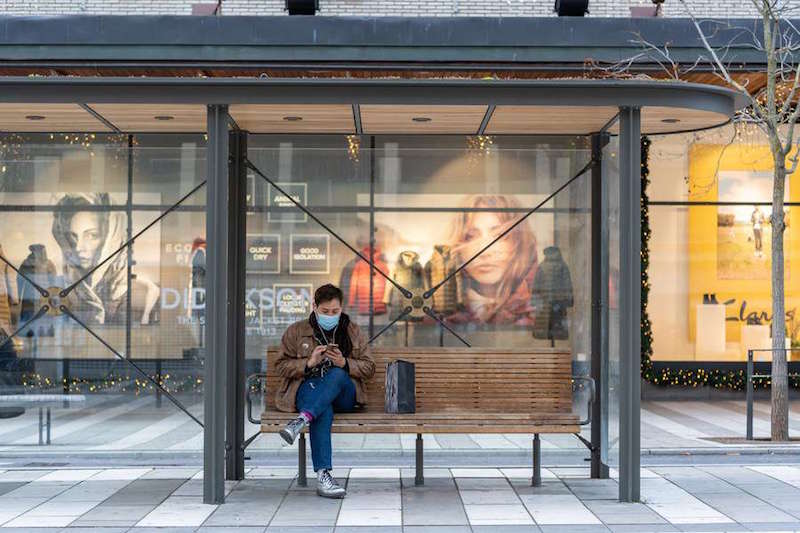 A man wearing a face mask waits for a bus during the COVID-19 pandemic in Stockholm, capital of Sweden, on Nov. 3, 2020. (Photo by Wei Xuechao/Xinhua)

The Chinese market has remained open to European companies, including Sweden's. Sweden, largely characterized by an open and export-oriented economy, should also provide Chinese companies with an open and fair business environment, like the one it allegedly provides to other foreign investors.

Banning Chinese 5G suppliers in Sweden will hurt the principle of fair competition and jeopardize the interests of Swedish consumers.

Although rare in the generally business-open Sweden, an administrative demand to strip Huawei and ZTE products from Sweden's 5G networks was announced last month by the Swedish Post and Telecom Authority (PTS), as the two leading telecom companies are poised to bid for the spectrum auctions starting on Nov. 10.

For years, Chinese companies such as Huawei and ZTE have been strictly observing local laws, promoting China-Sweden cooperation -- particularly in the information and communication technology (ICT) field -- and making contributions to the construction of infrastructure there. 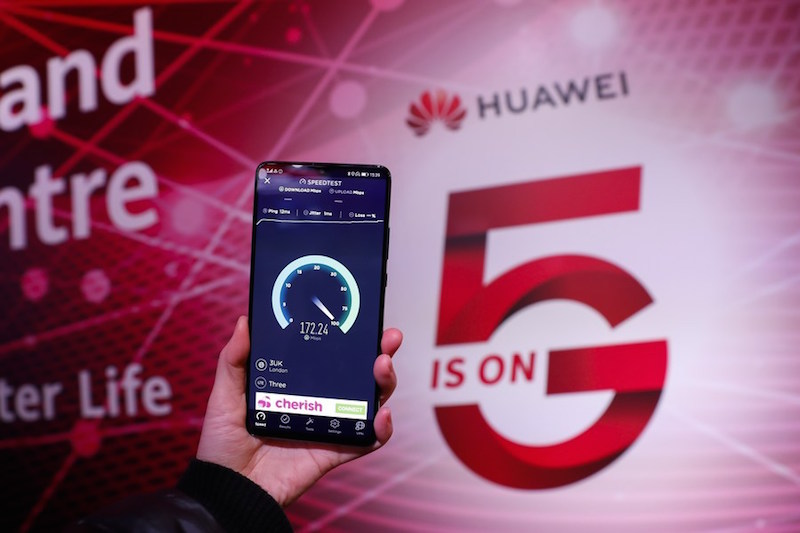 According to an earlier report of Swedish National Television (SVT), none of the Swedish mobile operators it interviewed said that they see "a security problem with Huawei as a supplier."

Trumpeting so-called national security concerns but without presenting any evidence, the Swedish side is groundlessly discrediting Chinese companies by abusing administrative orders and state power.

The blunt and forceful demand also contrasts with the European Union (EU) toolbox on 5G Cybersecurity that was released in late January, which proposed a series of measures to strengthen 5G security from strategic and technical perspectives, but did not prohibit a Chinese or any specific company from participating in the construction of 5G networks in Europe.

Sweden's stance also contrasts with that of its Nordic neighbors.

Norway's largest mobile operator Telenor said it would continue working with Huawei for its 5G telecom network and the Chinese company would be involved in the entire process. Huawei was also one of the 5G equipment providers for Finland, which opened one of the largest 5G networks in Europe last December.

Finland has no intention of banning the use of Chinese telecom giant Huawei's equipment in its networks and Finland does not take a stand on the countries of origin of such equipment that could pose a risk, Finnish Minister of Transport and Communication Timo Harakka told Finnish national broadcaster Yle.

"Huawei is an important contributor, rather than a threat, to Swedish ICT," Huawei said on its Europe website following the PTS's announcement. 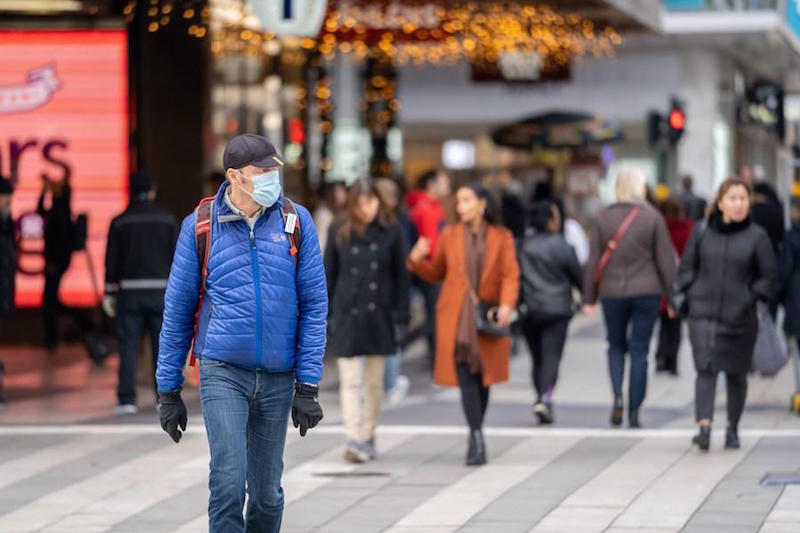 A man wearing a face mask walks in the street during the COVID-19 pandemic in Stockholm, capital of Sweden, on Nov. 3, 2020. (Photo by Wei Xuechao/Xinhua)

"And now that only Nokia and Ericsson remain as alternatives in Sweden, it can also lead to a discussion about lack of competition," SVT's report said.

Moreover, Sweden's exclusion of Huawei and ZTE due to misconceptions and unwarranted accusations will negatively affect the quality and efficiency of its own 5G network construction. What's more, the inevitable cost increase resulting from a mandatory phasing-out of the existing Huawei equipment will unquestionably be a burden for Swedish tax payers.

Photo taken on Sept. 5, 2020 shows a view of the 5G communication services exhibition area of the 2020 China International Fair for Trade in Services in Beijing, capital of China. (Xinhua/Zhang Chenlin)

The 5G era is a hallmark of global cooperation. Only by following market principles of open development and fair competition can a win-win situation be achieved for all, where there is faster, cheaper, more efficient and inclusive connectivity.

Manipulating free competition in the market with empty slogans of "national security" would only hurt a country's own interest.

A commercial posted on Huawei Europe's Twitter account on Aug. 18 answered a question about how Stockholm has generated so many start-ups.

"It's partly because Sweden has a long tradition of technical knowledge," the ad said, "and partly because Stockholm is very open to new influences from other parts of the world."

The Chinese market has remained open to European companies, including Sweden's. Sweden, largely characterized by an open and export-oriented economy, should also provide Chinese companies with an open and fair business environment, like the one it allegedly provides to other foreign investors.