With a fleet of 40 vehicles, the service covers the largest total area and the longest road network of about 700 kilometers for an autonomous driving test area in China. It has established nearly 100 pickup and drop-off stations in residential and business areas in the Yizhuang area, Haidian and Shunyi districts of Beijing.

The move came after the Beijing-based tech giant opened its robotaxi service to the public in Cangzhou, Hebei province, in August, extending robotaxi coverage to the downtown area of a city for the first time in China.

As the first city in China to regulate and open autonomous driving road test zones, Beijing has comprehensive infrastructure and policies to foster high-speed development of the industry.

Last year, Beijing ranked first in China for the number of test licenses and vehicle categories, as well as diversity of test scenarios. In addition, Beijing has issued the most stringent safety requirements for manned autonomous driving tests in China to ensure the safety and reliability of the industry.

The self-driving technology is expected to witness large-scale commercial application in the next five years, said Robin Li, chairman and CEO of Baidu.

Li made the remarks at the Baidu World 2020, the company's annual flagship technology conference held in Beijing last month. According to him, intelligent infrastructure based on the vehicle-road coordination system is expected to improve traffic efficiency by 15 to 30 percent, thus bringing in 2.4 percent to 4.8 percent absolute economic growth.

"China is taking the lead in the autonomous driving sector around the world," said Li Zhenyu, corporate vice-president of Baidu and general manager of the company's intelligent driving group. He said that Baidu Apollo will continue to push forward the commercial application of autonomous driving.

"Autonomous driving is definitely the future development direction of the automobile industry. It not only solves traffic safety problems, but also greatly improves the efficiency of transportation, brings about economic benefits and liberates people from repetitive driving," said Jiang Zheng, a self-driving expert at China's GAC research and development center.

The launch of self-driving taxi services in some designated areas might be the best application scenario for the technologies due to high operating costs of private vehicles, Jiang said.

China is planning to realize the scale production of vehicles capable of conditional autonomous driving and commercialization of highly autonomous vehicles in certain circumstances by 2025, according to a blueprint issued by the National Development and Reform Commission, the Ministry of Industry and Information Technology and nine other ministries.

Baidu is one of several Chinese technology firms that have launched autonomous taxi services to the public in the country. Didi Chuxing, China's largest ride-hailing platform, announced in June the opening of its on-demand robotaxi service to passengers in parts of Shanghai.

So far, road tests for self-driving vehicles are available in more than 20 provinces and cities in China. Companies such as SAIC Motor, BMW, Didi Chuxing and DeepBlue Technology have obtained authorization for passenger-carrying tests.

Yang Diange, dean of the automobile engineering department at Tsinghua University, said the L4 self-driving vehicles are expected to enter into large-scale commercial use in 2030. Level 4 autonomy means the car can drive by itself in most conditions without a human driver. He noted more efforts are needed to make breakthrough in key technologies, including information safety, tests scenarios and laws and regulations. 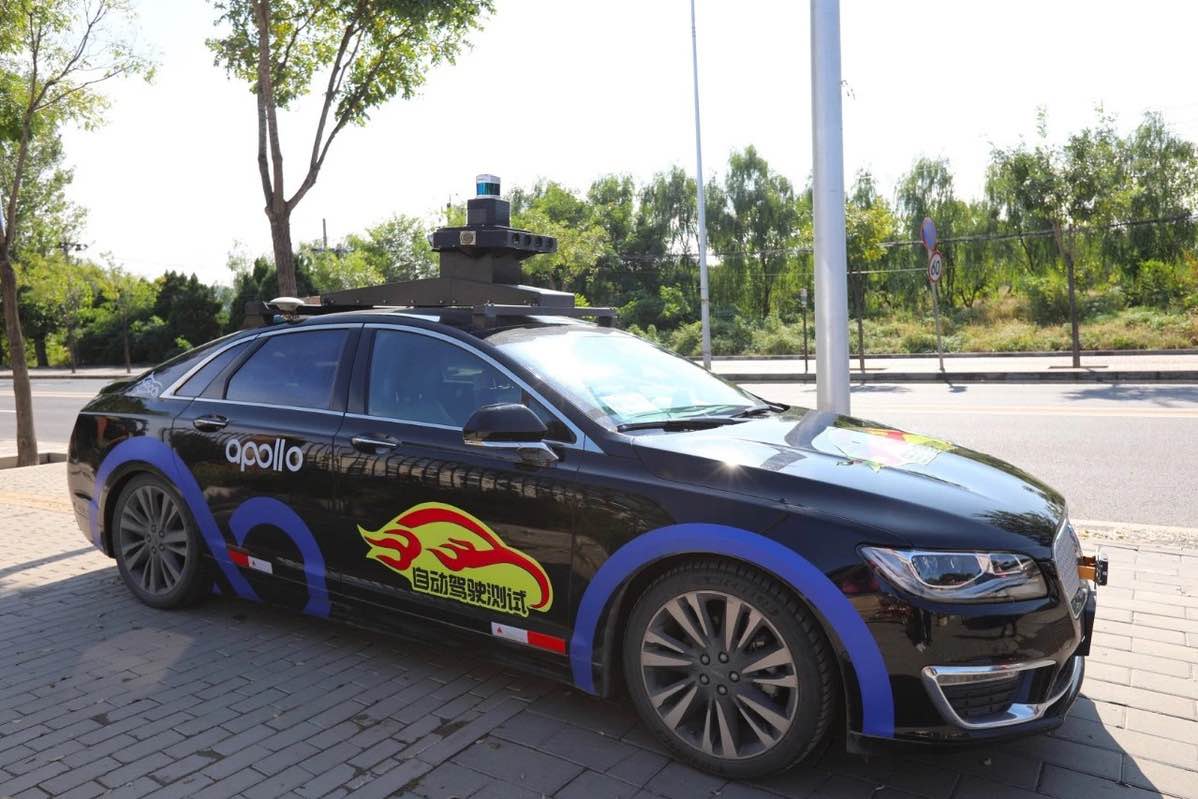 #Robotaxi
This page is provided in cooperation with People's Daily Online.