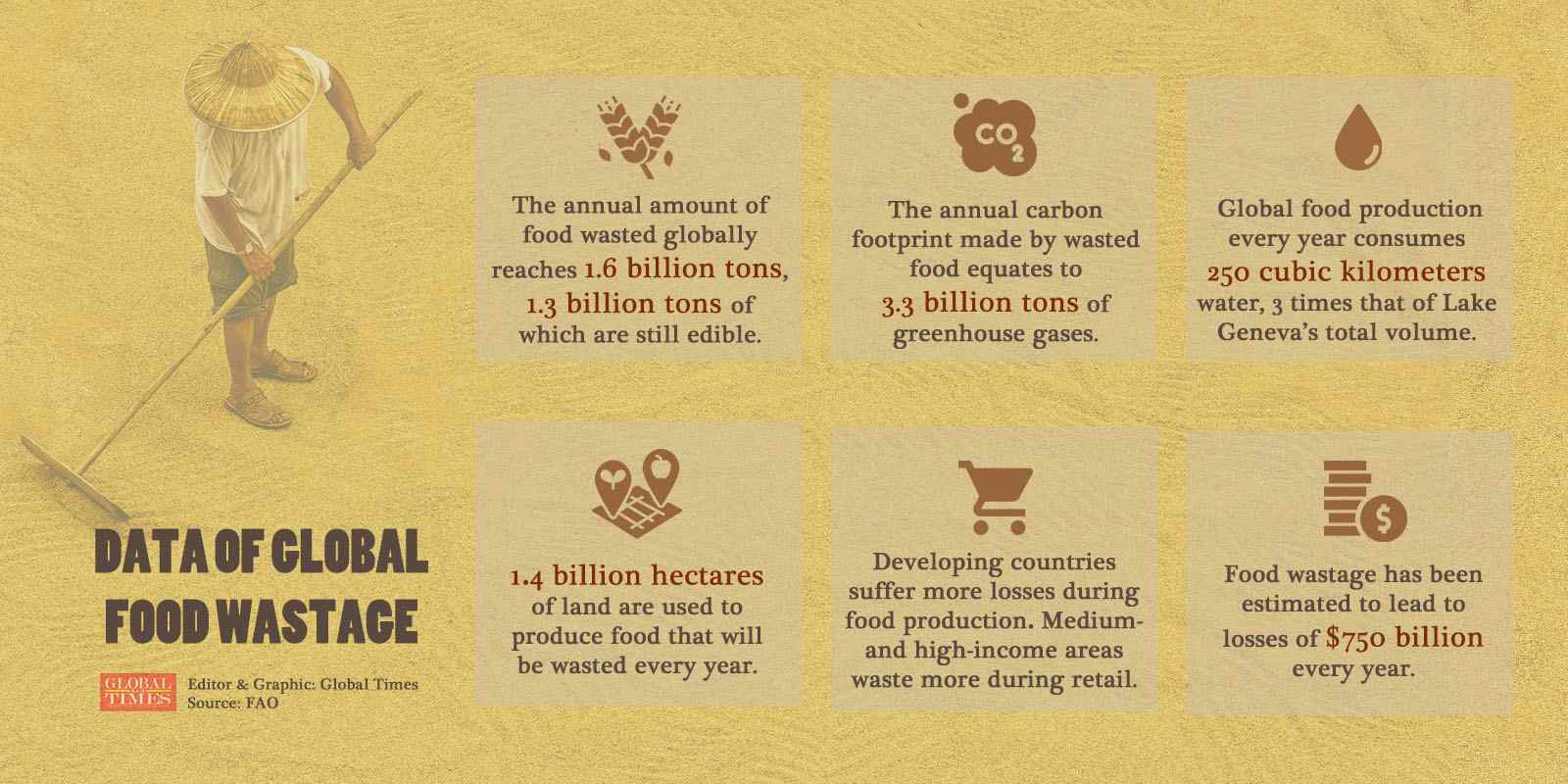 A few years after the "Clean Your Plate Campaign" launched in 2013, its 2.0 version is arriving. Different from the previous campaign, which was aimed at putting an end to officials' extravagant feasts and receptions, the 2.0 version calls for the public to stop wasting food. The initiative initially sparked speculation by some media over whether China is in a food crisis. Experts say the world indeed faces a food shorage, but for China, the real threat to food security comes more from food wastage than epidemic or floods.

President Xi Jinping stressed the need to maintain a sense of crisis on food security despite the consecutive bumper harvests, and urged the establishment of a long-term mechanism to stop wasting food amid the fallout from the epidemic.

Xi, also general secretary of the Communist Party of China Central Committee, said that food wastage is shocking and distressing, and that it is necessary to further enhance public awareness of the issue, cultivate thrifty habits, and foster a social environment where waste is shameful and thriftiness is good.

Despite media hype that China is in a looming food crisis, which is worsened by the epidemic, floods in southern China, and food imports, Chinese agriculturalists said the above factors will not lead to a food crisis in China, but that wasting food is an issue that deserves more attention.

China's food security was not seriously affected by COVID-19, and China's grain reserves are ample, Zheng Fengtian, a professor at Renmin University of China's School of Agricultural Economics and Rural Development, told the Global Times on Wednesday.

In June 2020,the United Nations warned that the world is on the verge of the worst food crisis in 50 years. The world's top three grains exporters, US, Brazil and India, are also the three most affected countries by COVID-19.

Zheng said that the self-sufficiency rate of China's two main grains, rice and wheat, is about 100 percent, and the current stock exceeds one year's annual output. In the past five years, China's total annual grain output has exceeded 1.3 trillion kilograms, with the per capita grain supply approaching 500 kilograms.

Outside China, the pandemic had an impact on global grain production and trade. Vietnam and India have suspended rice exports. However, Zheng said that China should be unfazed in the midst of trade war with the US. China has adjusted its grain import strategy to make the sources of grain imports (especially corn and soybeans) more equal. China's consumer grain prices rose only one percent in the first half of 2020.

Thrift has always been a traditional virtue in China, but as people's living standards improve, wastage increases. In an investigation by the Institute of Geographic and National Resource Research and the World Wide Fund, tourist groups, primary and secondary school students, and official banquets were the top three causes of food wastage. Per capita food waste in China is 93 grams per person per meal, with a waste rate of 11.7 percent.

On Wednesday, China's Central Television (CCTV) criticized food wastage on live streams, in which hosts eat a lot to attract viewers and throw up later.

A third of the world's food is wasted every year, with about 1.3 billion tons still edible. At least 820 million of the world's 7.6 billion people are suffering from starvation, said CCTV in a Weibo post, citing UN data.

Wen Tiejun, a professor at the School of Agriculture and Rural Development at the Renmin University of China, told the Global Times that consumers are also responsible for food security, and should be aware of it.

Wen said food wastage in the past few years has been shocking, as it was once reported that food wasted in China was enough to feed 200 million people a year. He stressed the importance of food security education and guidance in forming rational consumption habits, which is crucial to reducing food wastage and ensuring food security.

Besides consumers, experts like Zheng said that food is also wasted in production, storage, and distribution—up to 20 percent due to technical problems.

"We remind our guests when they order too much food," a waitress from a Beijing-based restaurant told the Global Times.

#COVID-19 #Clean Plate
This page is provided in cooperation with People's Daily Online.