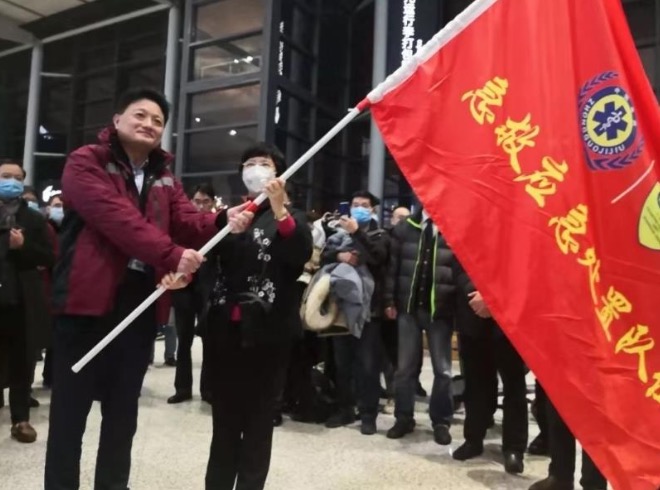 In response to China’s decision to lock down Wuhan and other epidemic areas, Shanghai Institute of International Studies issued a report in January, stressing that though such quarantine may bring unforeseen risks and consequences, it is yet the most effective measure to contain a deadly epidemic, especially when there is no specific cure or vaccine against virus-based infection such as 2019-nCov.

According to the report, available medical evidence shows that humans, regardless of gender, age, or race, are all susceptible to this deadly new coronavirus; thus, in the absence of specific cure or vaccine, source isolation and transmission chain interruption are by far the only reliable and effective methods.

The unprecedented exercise of a full quarantine on Wuhan, the heart of the outbreak, reflects China’s dedication as a responsible great power. Since the quarantine began, the number of confirmed cases in all regions has grown at a much lower speed than that in the epicenter Hubei province; and Wuhan remains the only city with concentrated infections. Of all the confirmed cases outside Hubei province, the majority of patients have either lived in or traveled to Wuhan or other areas of Hubei recently, and the rest have been in close contact with the above-mentioned patients.

So far, there has been no reported incident of local community transmission or any new epicenter of outbreak. Based on these facts, the report concluded that strict control over population outflows from Hubei province is an effective way to contain the spread of the deadly virus.

At present, high-level emergency alerts have been activated all across China and vigorous public health measures taken to identify, diagnose, and isolate infections or suspected cases at the earliest possible moment. At the same time, the Lunar New Year holidays have been extended to keep the nation-wide migration of population at the minimum level; and travelers from Wuhan and other epidemic areas are advised to report their travel records and to self-quarantine for two weeks to prevent community transmission. The reported five million people who had left Wuhan before the lockdown announcement are not panicky evacuees, but migrant workers seeking family reunions back in their hometowns or holiday travelers taking their leisure time around China and even abroad.

The report also noted that had the Chinese government not taken determined efforts to quarantine the places with concentrated confirmed cases, the deadly virus may have spread all over the world and generated devastating impact on the global economic and public health systems.

Based on credible analysis, highly-connected global transport networks may enable contagious pathogens to spread from backwater villages in unknown corners of the world to major cities on six continents in less than 36 hours and trigger outbreaks or cause epidemics. Yet in China, by January 30, 2020, more than a month after the first confirmed case was reported and eight days after the Wuhan lockdown, there had been 18 countries reporting 98 scattered cases of infection altogether, according to the latest WHO report. As WHO Director-General Tedros Adhanom Ghebreyesuson pointed out at a press conference on January 30, “the Chinese government is to be congratulated for the extraordinary measures it has taken to contain the outbreak, despite the severe social and economic impact those measures are having on the Chinese people”.