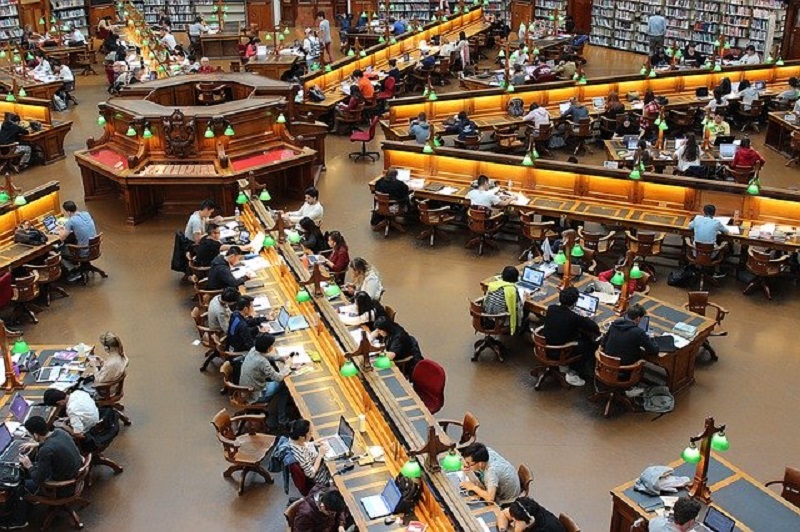 Joseph Kolars, a professor of health professions education at the University of Michigan (UM), is still excited about what came out of a meeting he attended in Beijing over a month ago.

Kolars was one of nearly 90 UM faculty who traveled to Beijing for the ninth annual Michigan Medicine-Peking University Health Science Center Joint Institute Symposium held from Oct. 30 to Nov. 1.

"Some of the major themes from this year's seminar included things like how do we work more with companies to develop some of our ideas (for public use)," Kolars told Xinhua in an interview. "Right now we've got two patents that we've co-developed with China."

"Out in the environment, the one that we're particularly excited about is a new marker for liver cancer." Kolars noted that liver cancer is a problem for both China and the United States. "Our investigators working together with their colleagues in Beijing have come up with a new marker (with which) we can help find liver cancer sooner and in a more precise way."

Launched in 2010, the Joint Institute (JI) for clinical and translational research between the University of Michigan Medical School and Peking University Health Science Center (PKUHSC) is designed for institutions of the U.S. and Chinese universities to collaborate on big diseases that affect populations of both countries, do research, and come up with findings.

After nearly 10-year development, the Joint Institute has grown to comprise 60 individual research projects co-led by investigators from each institution, and has to date garnered 67 publications and more than 24 million U.S. dollars in extramural funding in the United States alone. Collectively, JI projects have about 128,000 patients under study in both China and the United States.

JI projects touch upon many areas including cardiovascular, renal, liver, and pulmonary disease, as well as partnerships in emergency medicine, ophthalmology, and women's health. Among 12 new research projects awarded for 2019 are several areas new to the JI, including dentistry and pharmacy.

"Some of the specific findings that we're excited about are starting to discover new genes that account for hypertension, some new biological findings that explain differences between people who are living in the United States versus people who are living in China," Kolars added. "So trying to understand those differences between our two populations and communities is helping us to come up with new discoveries and findings."

Most of the collaborations under the joint institute are people to people, some of them are department to department, and a few of them are school to school.

Besides the joint institute, UM also have collaborations with about 30 other schools in China. "But Beijing is probably our busiest place," Kolars said.

Kolars is positive about UM's collaborations with China, particularly about the joint institute. "We've set this up as a collaborative platform ... I think it's a great model and we're very pleased with the design and the implementation."

The JI agreement was first signed in 2010, and was renewed in 2015. "We decided to sign another five-year renewal" at this year's symposium in Beijing, Kolars said. "Our expectation is that we'll always continue to sign five-year renewals as long as the win-win is working and we anticipate the win-win will work for a long time."

"We need China to help us with solutions. China needs us to help with solutions. So we've been very excited about this joint institute that focuses on research and also on training," Kolars said.