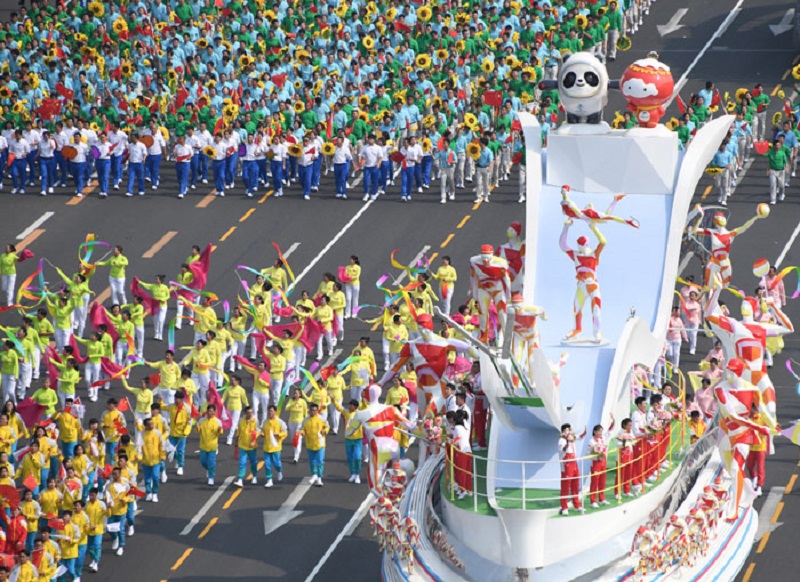 Square dancers perform during a parade to celebrate the 70th anniversary of the founding of the People's Republic of China on Oct. 1, 2019. (Photo/Xinhua)

Besides the joyful music and the energetic dance steps, square dancing - a new genre of sports in China - has reaped more than 100 million fans in China. So why are more and more Chinese becoming square dancing enthusiasts?

Chinese square dancers held a grand presence along Beijing's Chang'an Avenue as they performed during a parade to celebrate the 70th anniversary of the founding of the People's Republic of China on Oct. 1. Waving colorful ribbons, the dancing aunties were beautiful.

Square dancing originated in the 1990s. It is easy to learn, and the necessary ability is low. To date, China is home to more than 100 million square dance lovers.

The unique form of sport is an effective and economical way to help the country build a healthy society. It allows seniors to prevent and relieve many chronic diseases, increasing their sense of happiness and getting them out of the house.

China is currently faced with an aging society. Statistics indicated that by the end of 2018, there were 249 million people aged 60 years old and above in China. That figure is estimated to reach 500 million by the middle of the century.

China has made noticeable progress in providing more public space for people to do physical exercise. The construction of outdoor sports venues is improving along with urbanization, satisfying the need for more variety when it comes to cultural and recreational activities. 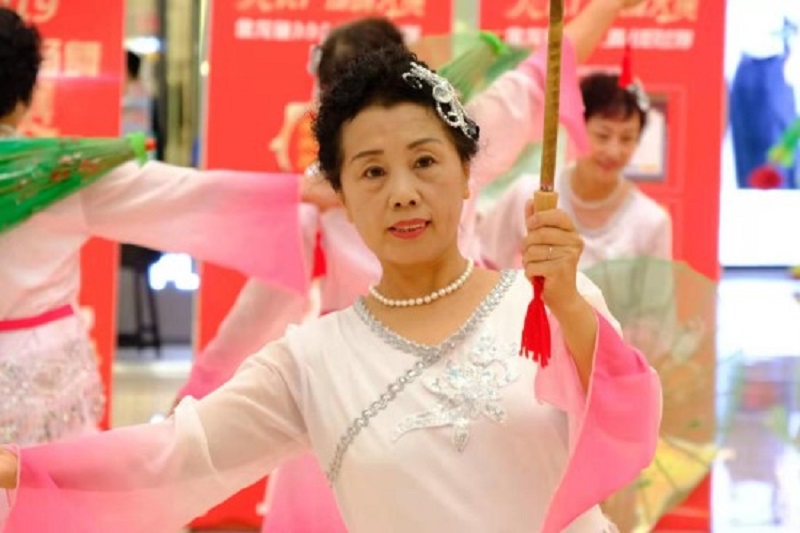 Square dancing has gained the favor of not only seniors, but also the younger generations. As young dancers join senior dancers, they infuse more energy into the sport and push the dance's development to new heights.

The infiltration of square dancing reflects the fact that the country's senior care services have improved, allowing more older people to take part in various cultural and recreational activities.

China had issued nearly 1.3 billion social security cards to its people as of June 2016, statistics from the Ministry of Human Resources and Social Security showed. This means the social security system covers almost 91.5 percent of China's population.

The country aims to lift the number of people engaged in regular physical exercise from 33.9 percent in 2014 to above 40 percent in 2030, according to the "Healthy China 2030" blueprint released in July 2019.