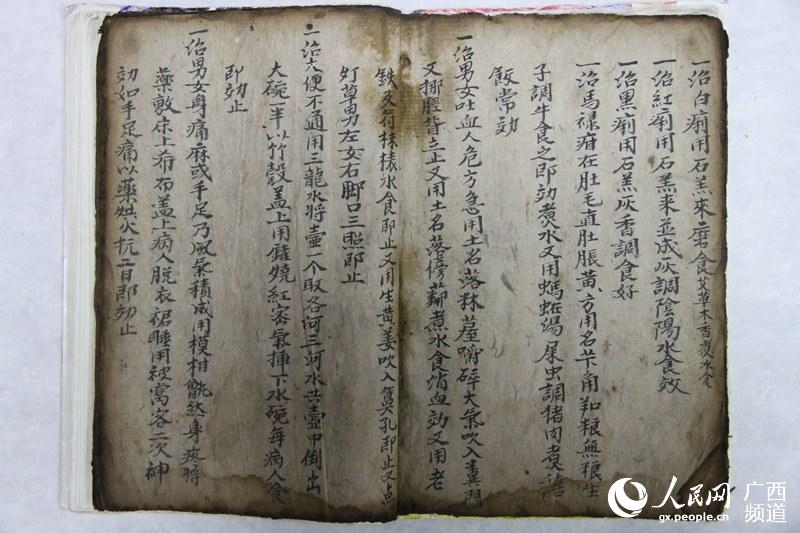 China's first-ever book of medicine written in old Zhuang logograms, created as derivative characters of Han characters and used by the Zhuang ethnic group in southern China's Guangxi Zhuang autonomous region, recently made its debut at an exhibition held in the Guangxi museum.

Combining Zhuang witchcraft and traditional Chinese medicine, the ancient book recorded folk therapies for common diseases and attached pictures and texts of such things as medical practices and acupuncture points on the human body for reference.

Co-hosted by the Ancient Book Conservation and Research Center and Museum in Guangxi, the exhibition, which runs from Oct. 19 to 31, shows the historical documents passed down among the ethnic groups in Guangxi. 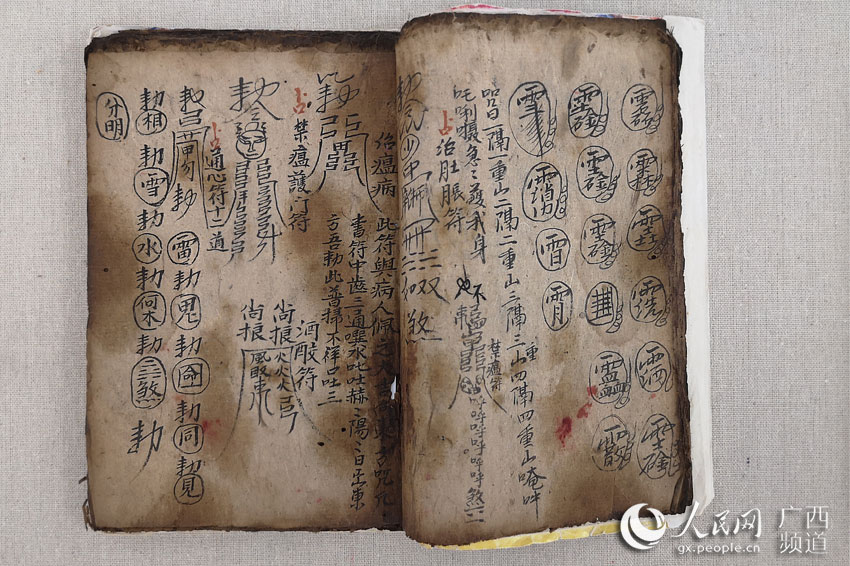 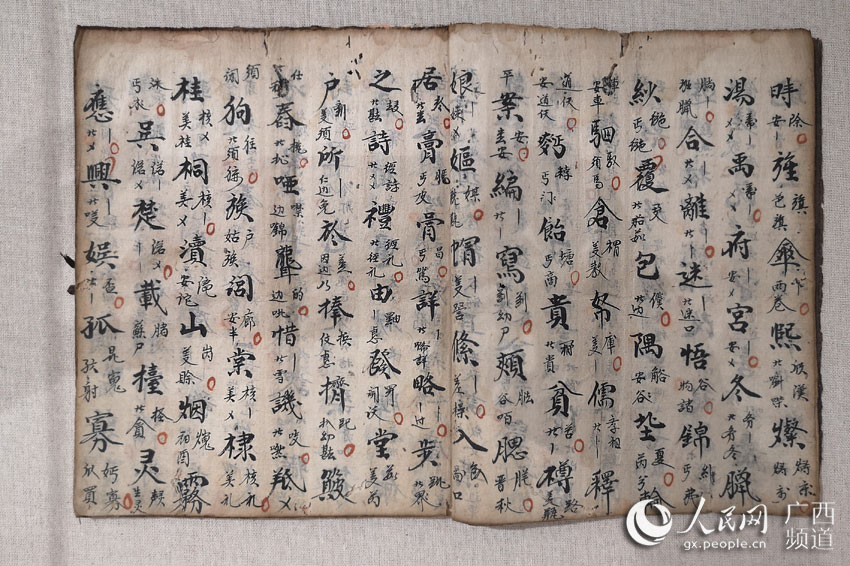 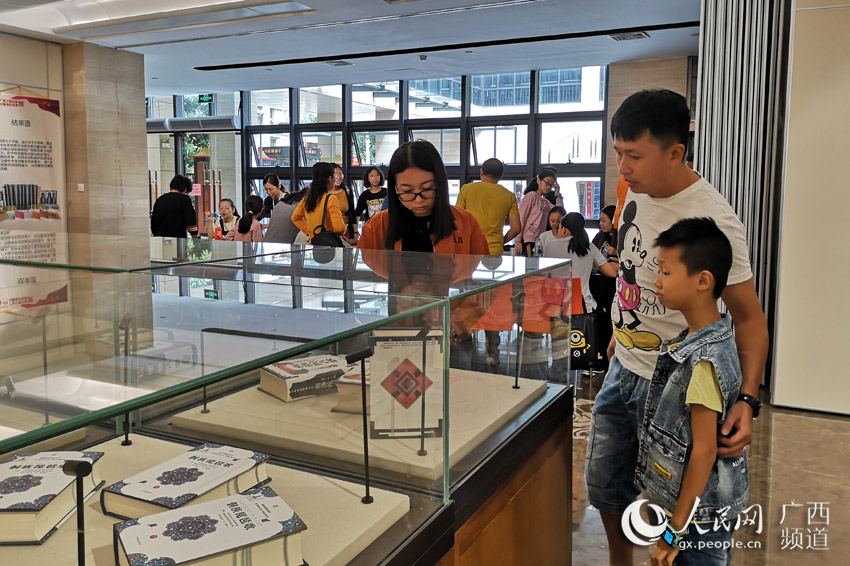 The exhibition, which runs from Oct. 19 to 31 at the Guangxi museum (Photo/People's Daily Online) 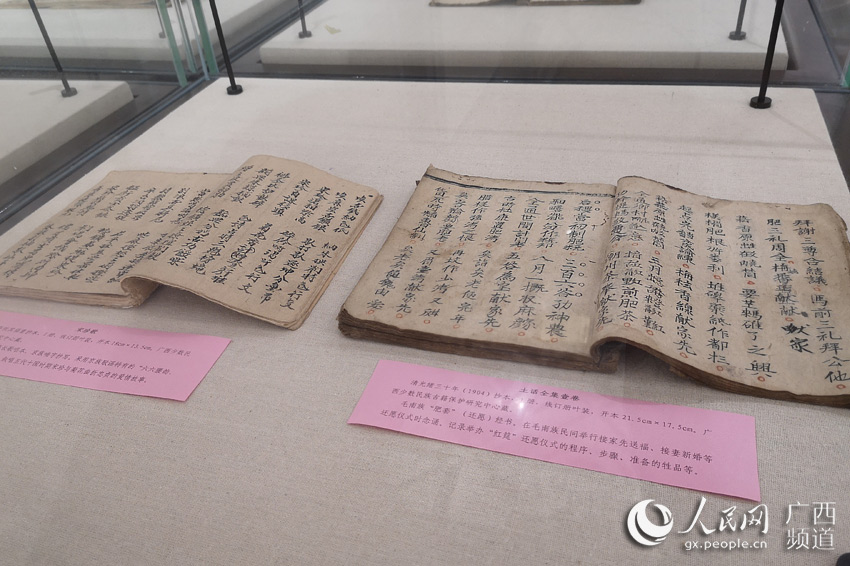 Historical documents on display at the exhibition  (Photo/People's Daily Online)