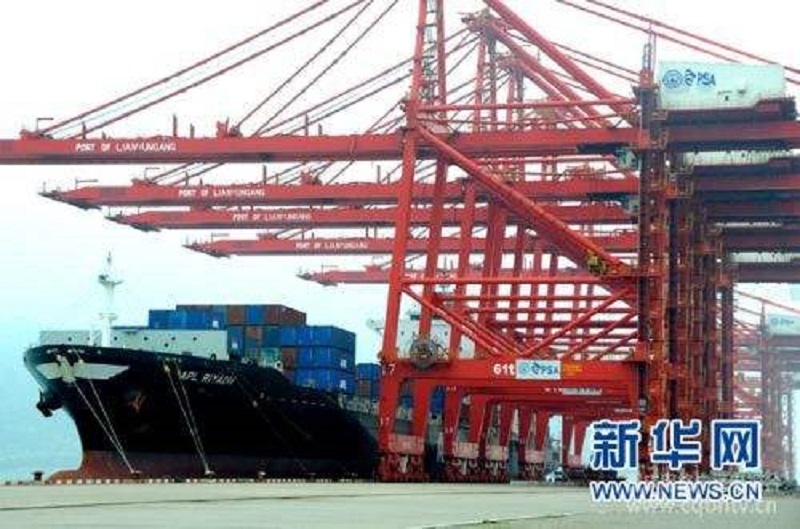 “Some foreign media’s skepticism about China’s recent economic growth figures and their assertion of ‘a sharp slowdown’ in the Chinese economy were indefensible and groundless,” Yuan Da, spokesperson for the National Development and Reform Commission (NDRC) said at a press conference on Monday.

China recently released a set of economic figures in the first three quarters of the year, which aroused heated discussions at home and abroad. Some saw the 6-percent year-on-year growth in the third quarter and started to worry about the growth rate of the economy.

China’s GDP expanded 6.2 percent year on year during the first three quarters, which was among the fastest in major economies, Yuan noted.

“These indicators were the most direct reflections of economic growth, which prove that the national economy maintained overall stability,” Yuan noted.

Since the beginning of the year, China has maintained overall stability in economy and improved its economic structure and the well-being of its people amid rising internal and external risks and challenges, the spokesperson said, adding that Chinese economy has maintained stability while making progress, which was not an easy task.

Although the economic growth rate in the third quarter has slowed slightly, the quality of economic development in China is seeing continuous improvement.

Transformation and upgrading of industries have accelerated in China during the first three quarters of this year, with the added-value of strategic emerging industries and high-tech manufacturing increasing by 8.4 and 8.7 percent respectively, significantly faster than the growth rate of overall industrial enterprises above designated size.

Meanwhile, China’s energy consumption per unit of GDP dropped by 2.7 percent year on year, and the country maintained a generally stable ecological environment.

As China’s economy transitions from a phase of rapid growth to a stage of high-quality development, it is acceptable whether the economic growth is lower or higher than before as long as employment and people’s incomes are expanding, and the ecological environment and development quality are improving, the spokesperson said.

He added that Chinese economy still faces a complicated and severe economic development environment both at home and abroad, as well as considerable downward pressure and difficulties and challenges, but China has the condition, ability and confidence to realize steady, sound and sustainable economic development.

Since this year, some enterprises in China have relocated their capacity to Southeast Asia to reduce costs and fend off risks due to rising uncertainties at home and abroad. Certain media spreading hearsays that a handful of firms were leaving China.

In response to such voices, Yuan said it is a normal market phenomenon that some companies establish plants and carry out cooperation in foreign countries to meet new development needs.

In recent years, China’s manufacturing has entered a stage of transformation, upgrading and high-quality development as the world witnesses international division of labor and profound adjustments in global industrial landscape, Yuan said, explaining that it is only normal that some companies go global and establish factories, operate and conduct investment cooperation outside of the country in this process.

Besides, the fact that some companies go global doesn’t mean that the Chinese market loses its strong appeal to foreign investment.

On the one hand, the fundamentals of the Chinese economy remain strong. With a huge market, abundant human resources, well-developed infrastructure, a complete industrial chain and full-fledged supporting industries, China sees constant vitality and dynamism in making innovations and new creations, and unchanged upward economic trajectory and continuous industrial upgrading.

On the other hand, China has continuously improved its business environment. Chinese government has strived to create a market-oriented and international business environment which is based on the rule of law, further expanded opening-up and eased market access for foreign investment.

In addition, it has taken powerful measures to cut taxes and fees, endeavoring to offer all market entities, including private companies and foreign-invested enterprises, a better and more attractive business environment.

Since this year, China has witnessed a surge in newly registered businesses, with an average of 19,000 new businesses established in the country on a daily basis.

In the first nine months, more than 30,000 foreign-invested enterprises were newly established in China, which witnessed the amount of foreign direct investment actually used in the country hit 683.2 billion yuan (about $96.56 billion), up 6.5 percent over the same period of last year.

“We found in our research that some companies investing overseas and exploring the global market face difficulties and risks, including inconsistency in land use, employment and policies as well as difference in culture and laws,” the spokesperson said, adding that it is believed that more enterprises will continue to invest and establish a foothold in China after careful consideration.