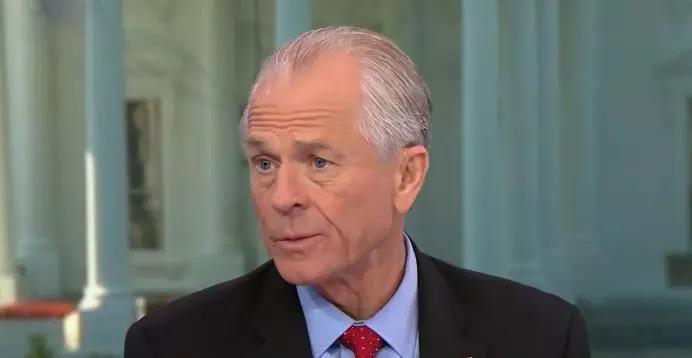 In his 2011 book Death by China, Peter Navarro, the top trade adviser for US President Donald Trump, used a fictional scholar named “Ron Vara”—an anagram of “Navarro”—to add weight to his claim that “Chinese junk” is killing Americans.

Ron Vara, who is clearly hostile toward China, has made appearances in his work for about two decades. “Only the Chinese can turn a leather sofa into an acid bath, a baby crib into a lethal weapon, and a cell phone battery into heart-piercing shrapnel,” Navarro wrote in his 2011 book, citing the fake expert.

The fictional character Ron Vara shows that Navarro is willing to present questionable opinions as expert facts to create fear about China, and to drive a wedge between the China and the United States.

Chinese netizens reacted furiously to the news that a scholar who has major influence on the economic policies of the world’s largest economy fabricated the expert. “There is only one sentence for such a person: shame on you!” one netizen commented. “How can such a person become a scholar?” another asked rhetorically.

A 2001 book revealed the most detail about Ron Vara, who Navarro described as “a struggling doctoral student in economics” at Harvard in the 1980s. He even introduced him as someone who “is in a league of his own.” There is no record of Ron Vara at Harvard at that time, of course, though that is when Navarro attended the school.

As a scholar, Navarro realizes the importance of integrity. Yet, despite this, he faked a source to make it strengthen his claim that China is a threat. Scholars have relied on and cited his work, unaware he invented the harsh critic. Many of his claims were already questionable. Now, it is even harder to take his words seriously.

In the Trump administration, Navarro is an anti-China force and the hawk of hawks. He often blames China for America’s problems and, as the creation of the made-up expert shows, he muddies the waters to help unleash anti-China hostility in Washington.

Because of his role as director of the White House’s Office of Trade and Manufacturing Policy, Navarro plays a key role in pushing Trump’s trade war with China.

This all makes one wonder what else the top trade adviser for Trump makes-up to persuade the US president to support his agenda. It also makes one wonder if the Trump administration has based its trade policy on more fiction than facts. Ron Vara might be able to supply some much-needed insight on this issue, that is, if he existed.

Navarro has tried to brush it all off as a “joke,” defending the fabrication as a “whimsical device” for “entertainment.” Yet, Navarro has always tried to present Ron Varo as a real expert. A “joke” is something that makes people laugh. How many readers got the “joke?” A “joke” does not trick people into believing a fictional character in a “non-fiction” book is authentic. How many American readers took Ron Vara seriously?

It would be wrong to brush off the fabrication as harmless, or in the words of Navarro, to laugh it all off as a “joke.” When a butterfly flaps its wings in one part of the world, it can cause a hurricane in another part. The fear is that because of bad information, the Trump administration has made mistakes.