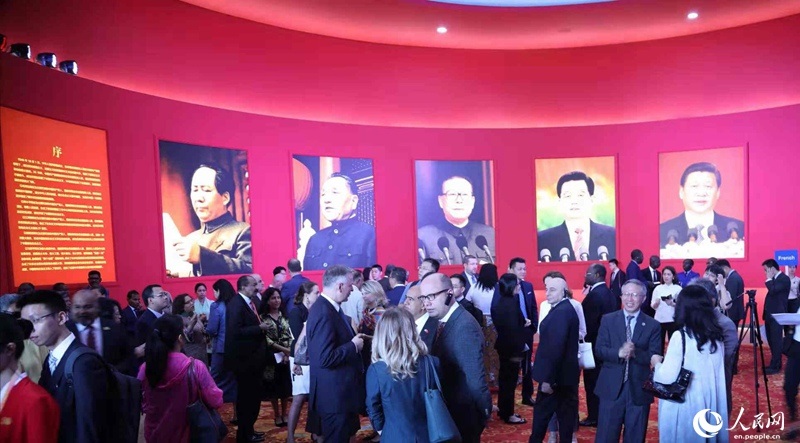 Ambassadors to China worldwide attended a grand exhibition of achievements in commemoration of the 70th anniversary of the founding of the People's Republic of China (PRC) at the Beijing Exhibition Center Wednesday, expressing their admiration regarding China’s development over the past seven decades, as well as sending their wishes to the Chinese public.

Combining modern technologies and valuable historical records and pictures, the exhibition comprehensively reflects the practices, achievements, and experience of the past 70 years, which witnessed great improvements in China's economy and people's living conditions. 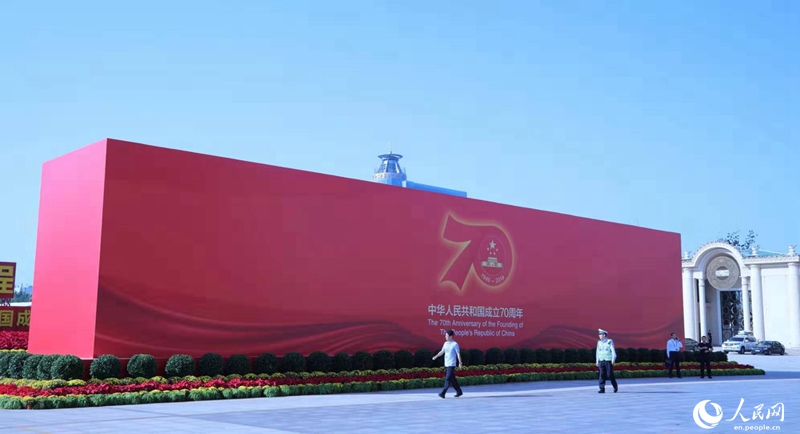 It also records the continuous rise of China's international status and influence, as well as China's contribution to the cause of world peace and development.

“The exhibition is extremely interesting and well-done. It has so much information that I think I would need a lifetime to read and study everything. I would like to come back,” Gunnar Snorri Gunnarsson, the Icelandic ambassador to China, told People’s Daily Online.

Echoing Gunnarsson, Dario Mihelin, the Croatian ambassador to China, said that the exhibition has provided him great knowledge of China’s development over the past 70 years.

“As I’ve always been saying, it’s my great honor to serve as the ambassador of Croatia to China, observing first-hand the epochal transformation that this country is undergoing. This exhibition is magnificent because you can really see from the very start of the PRC all the way up to its present-day achievement, the progress is really incredible,” he said. 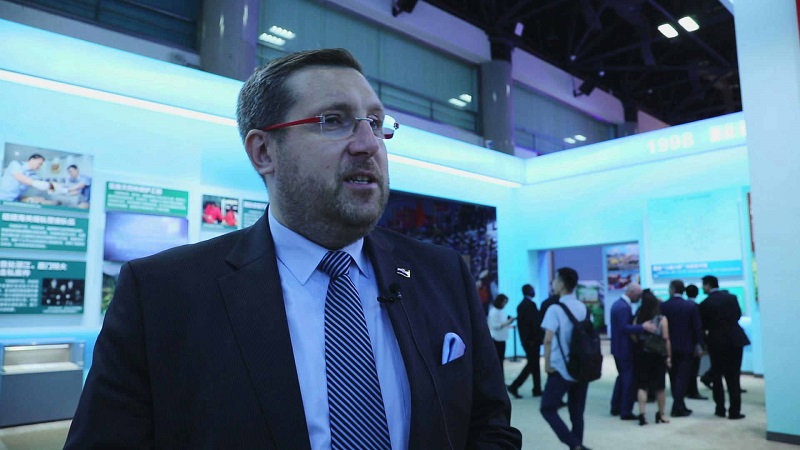 Baktygulova Kanaiym, the Kyrgyz ambassador to China, said the exhibition has left a great impression on her, especially as a woman, she has noticed the efforts China has been making to improve women’s rights and working conditions.

“As for women, I have seen that China has been making great efforts to improve their rights. I’ve seen the photo of China’s first female tractor drivers, they are in control of such heavy machines, and its remarkable,” she said.

“I’ve also learned a lot about China’s development under the leadership of the Chinese Communist Party and the contribution of the Chinese people, such interesting things such as the fact that the PRC’s first railway was built between Chongqing and Chengdu, or the story behind the establishment of People’s Daily,” she added.

The ambassadors spoke highly of China’s development over the past seven decades, noting that it’s one of the miracles of the late 20th century and the early 21st century.

“The rise of China, and how China has come back to reclaim its position as a great power of the world, despite humiliation in the 19th and 20th centuries, is quite remarkable. China has now become a great economic power; this is a wonderful development that I think everyone should be happy about,” said Gunnarsson.

“China’s development over the past seven decades is magnificent. I mean just look at the numbers, how many Chinese people have been taken out of poverty, the development of China’s high-speed railways, and this exhibition will give you a clear view of China’s epochal transformation for the past 70 years,” said Mihelin.

The ambassadors have also extended their best wishes to China and Chinese people for the upcoming 70th anniversary, hoping the relationship between their country and China can become better and better, benefiting the people in two aspects.

“I’m a Russian, but I’m also a Beijinger. The 70th anniversary of the founding of the PRC is not only a festival for the Chinese, but also for us Russians, and me. October 2 also marks the anniversary of the establishment of diplomatic ties between China and Russia, so I think our people will enjoy a double-festival. I wish our Chinese friends a happy festival,” Denisov Andrey, the Russian ambassador to China, told People’s Daily Online.