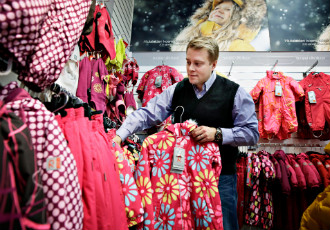 Finnish online retailers lag notably behind their Nordic rivals in terms of their ability to attract visitors beyond the borders of their domicile. Whereas their foreign rivals continue to foray into Finland, Finnish retailers have struggled to generate revenue through online exports, especially in comparison to Sweden and Denmark, show studies published on Thursday by Google and OC&C, a consulting firm based in the United Kingdom.

Incorporating the 50 largest online retailers in each of the four countries, the study by Google finds that only 16 per cent of the advert clicks on Finnish web-shops come from abroad.

In Sweden, Norway and Denmark, the corresponding ratio is over 50 per cent.

In fact, less than half of the Finnish retailers included in the study have sought to attract customers from abroad with adverts, while 80 per cent of their Swedish and Danish rivals have done so. In this respect, only Norwegian online retailers appear to be more cautious than Finnish ones.

A recently published barometer measuring the extent of digitisation in Finland, Digibarometri 2014, indicates that while Finnish companies are well-equipped to take advantage of digital opportunities, they only do so adequately.

“The problem is more in the attitudes – maybe we need more courage,” estimates Antti Eskola, a commercial counsellor at the Ministry of Employment and the Economy.