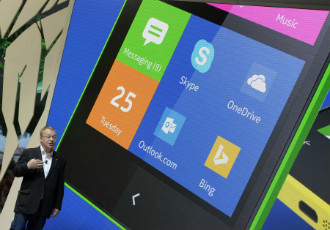 Only weeks before the looming sale of its handset business, Nokia has announced that it will introduce the Android operating system, created by its rival Google, to its budget-friendly handsets – essentially allowing users to run apps developed for the Android ecosystem on the new devices.

Stephen Elop, the head of Nokia's handset business, explained the decision in Barcelona on Monday by pointing out that the demand for budget-friendly devices has rocketed in recent times.

Over the past two years, Nokia has lost its share of not only the smartphone market but also the market for budget-friendly devices with smartphone-like features. In order to re-kindle the consumers' interest in its entry-level devices, Nokia had to revamp their operating system.

Unveiled on Monday, the new operating system is called Nokia X and will be utilised in devices comparable to the current Asha phones. “We view that the X devices can complement Lumia phones in more affordable price brackets,” Elop commented, emphasising that new, more affordable Lumia handsets will also be launched in the near future.

Currently, the most affordable device of the Lumia product family is the Lumia 520, which ships for a suggested retail price of 132 euros excluding taxes.

The three new Nokia X devices, in turn, will sell for 89—109 euros, with the most affordable device set to be made available in certain markets immediately.

Ben Wood, an analyst at the market research firm CCS Insight, views in an interview with Reuters that the adoption of Android is almost “an admission of failure” by Nokia.

Nokia adopted Windows Phone as the primary operating system of its handsets in 2011 in particular due to its desire to differentiate itself from the competition. “There's quite a lot of vendors […] who made the Android decision but couldn't differentiate,” Elop said in defence of the decision.