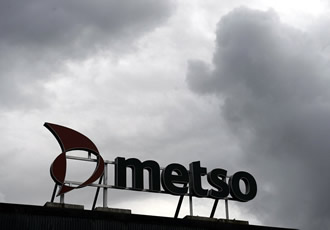 Metso and its pulp, paper and power division, which is to de-merge from the engineering company in 2014 to form Valmet, have announced that a total of 172 personnel in Valmet's energy functions in Finland will be made redundant. In other countries, 20 jobs have already been slashed.

In Valmet's fabrics division, 23 positions in Finland will be reduced in addition to the 10 positions already slashed elsewhere.

In Finland, the personnel cuts will be implemented through lay-offs, pension arrangements and terminations of fixed-term employment contracts. In addition, Metso underlines, temporary lay-offs may be adopted later in 2013 and 2014, if necessary.

Meanwhile, negotiations over the planned cuts of 120 positions in Sweden and 20 positions in other countries continue. The decisions on the belt-tightening measures will not be taken until the negotiations have been concluded, Metso affirms in a press release.

The engineering company initially estimated that it would have to cut a total of 390 positions in its energy functions,  including 220 in Finland, 120 in Sweden and 50 in other countries. In the fabrics division, the initial redundancy target was 35 positions.

Upon the launch of the extensive negotiations on 21 October, Timo Anttila, the chief shop steward at Metso's Messukylä and Lahdesjärvi plants in Tampere, told Helsingin Sanomat that the announcement was expected.

As part of the cost-cutting measures, Valmet will shut down its production line in Messukylä by the year's end and reduce the production capacity of its Lahdesjärvi workshop.

The negotiations are part of a global competitiveness programme adopted by Valmet in April in an attempt to adapt to challenging market conditions. The schedule for the programme has since been brought forward, with the company now aiming to create savings of roughly 100 million euro already by the end of 2014.