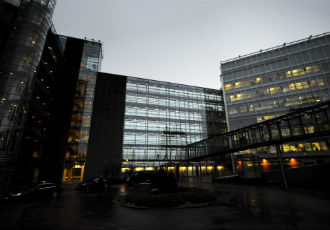 American software behemoth Microsoft has confirmed that it will take over the iconic head office of Nokia in Keilalahti, Espoo, after completing the acquisition of Nokia's handset arm by March 2014.

Nokia will relocate the majority of its remaining employees to the company-owned office in Karaportti, Espoo, where functions of its network equipment unit, NSN, are located. Other employees will join Nokia's research functions in Otaniemi, Espoo. Nokia sold its head office to Exilion Capital and leased it back from the real estate investment firm in December last year.