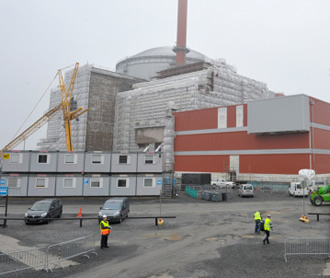 The third unit of the Olkiluoto nuclear power plant may become the most expensive building in the world upon completion, Aamulehti reports, revealing that the cost estimate has jumped from the initial 3 billion to 8—8.5 billion euro. The new estimate is based on information provided by Nucleonics Week, a journal on nuclear energy. Teollisuuden Voima (TVO), the operator of the power plant, has declined to comment on the estimate while work on the site continues.

“When the current agreement was signed in 2002, construction costs were an estimated 3.2 billion euro. All other estimates remain speculative,” stated Pasi Tuohimaa, the head of communications at TVO. The additional costs stem principally from several notable delays in the construction, which have seen TVO and supplier Areva demand billions from one another in arbitration proceedings.