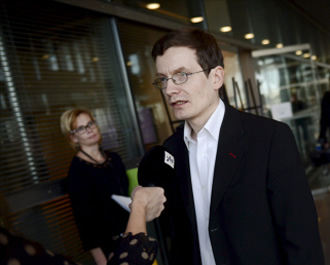 Media group Sanoma will launch negotiations with the editorial staff of Helsingin Sanomat, Metro and Nelonen news over the redundancies of a maximum of 70 personnel. In a bulletin, Kaius Niemi, the senior editor-in-chief at Helsingin Sanomat, emphasises that the belt-tightening measures are necessary to ensure the profitability of operations. “[Profitability] a prerequisite to independent journalism,” Niemi reminds.

Meanwhile, the format of Nelonen's news programmes will be overhauled with a new emphasis on the Internet. News programmes will, however, be broadcast on the channel also in the future, as they are a requirement of Nelonen's operating licence, Pia Kalsta, the acting president at Nelonen Media, affirms. In addition, the media group announced on Thursday that it is looking for new owners for the central Helsinki landmark, Sanomatalo, and its other tangible assets. In the Netherlands, Sanoma will discontinue 32 magazines and consequently shed up to 500 positions.