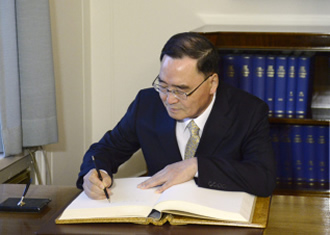 South Korean Prime Minister Jung Hong-won has revealed that South Korea is keen on utilising Finland's Arctic expertise while looking into the commercial possibilities presented by the Northern Sea Route. The premier expressed his views to STT in an e-mail before meeting with his Finnish counterpart, Jyrki Katainen (NCP), in Helsinki on Wednesday. The climate change has spurred interest in the Northern Sea Route, which typically remains open only a few months a year. The route does, however, shorten the sea route from Asia to Europe by thousands of kilometres.

According to Jung, South Korea, which is currently one of the world's largest importers of liquefied natural gas and petroleum, conducted a shipping trial on the Northern Sea Route in September. “Following the successful trial, South Korea is assessing possibilities for the commercial use of the Northern Sea Route. I believe our co-operation with Finland will deepen alongside the development of the Northern Sea Route,” Jung told STT. He also emphasised that the well-being of the Arctic environment and indigenous peoples must be taken into account when taking advantage of the region.